Standing by her man’s side. Hours after Justin Bieber opened up about his health scare, in which half his face is paralyzed, wife Hailey Bieber (née Baldwin) has broken her silence.

Justin Bieber and Hailey Baldwin: A Timeline of Their Relationship

The 28-year-old Canada native, for his part, posted a two-minute video on his Instagram page hours earlier, asking fans to “keep me in your prayers” amid his recent health struggles. 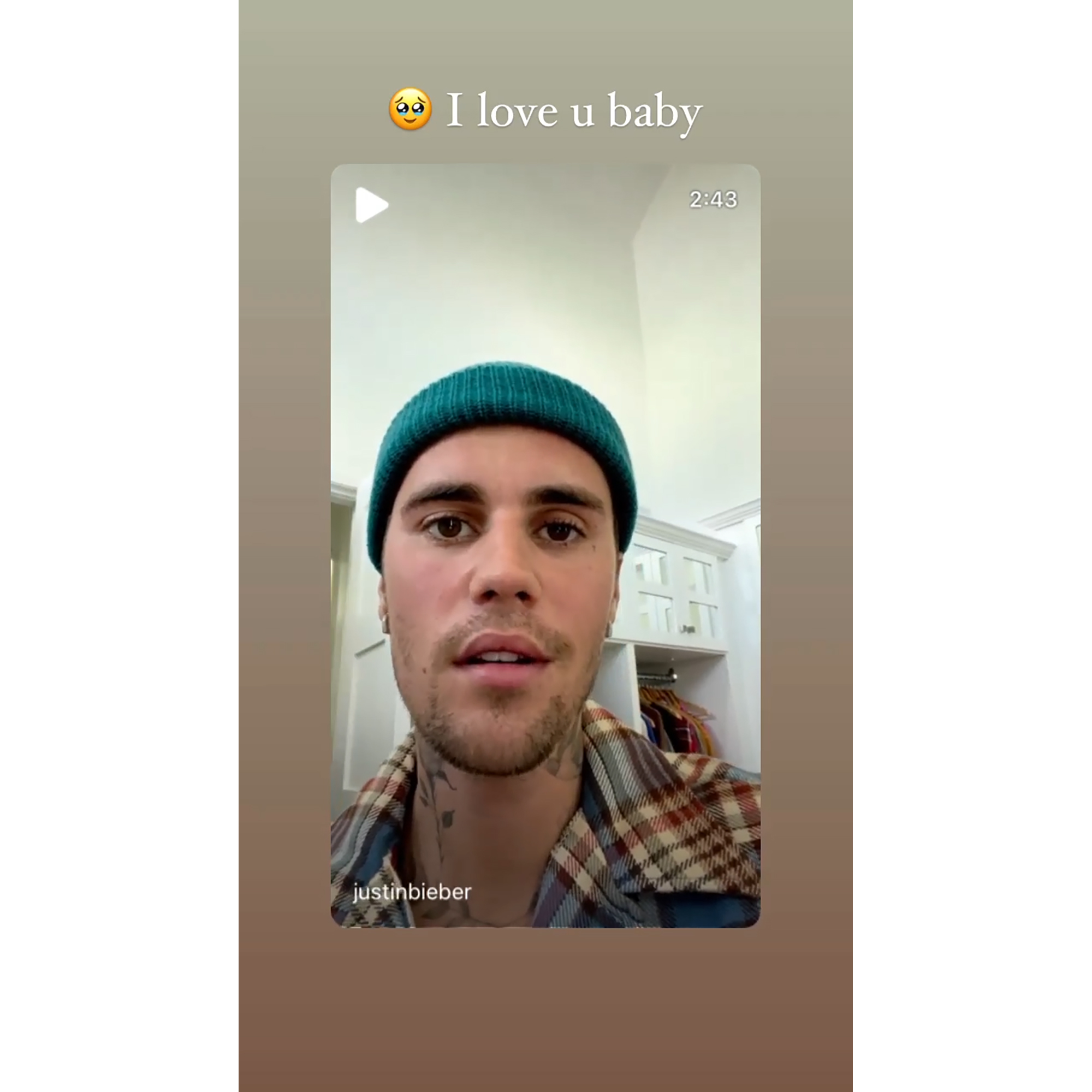 “I have this syndrome called Ramsay Hunt syndrome. It is from this virus that attacks the nerve in my ear and my facial nerves and has caused my face to have paralysis,” Justin — who has battled Lyme disease for years — said in the social media clip, revealing one side of his face is stationary. “As you can see this eye is not blinking. I can’t smile on this side of my face. This nostril will not move.”

He continued: “I’m just physically, not capable of doing them. This is pretty serious as you can see. I wish this wasn’t the case. But obviously, my body is telling me I need to slow down.”

The “Yummy” performer, who is currently participating in his headlining Justice World Tour, announced he will be taking time off from the show to rest and recuperate to get back to “what I was born to do.” Justin shared he has started doing facial exercises to further aid his recovery.

“Been getting progressively harder to eat which has been extremely frustrating,” the Grammy winner added in an Instagram Story update later that day. “Please pray for me.”

Justin’s health challenge comes three months after Hailey was hospitalized with a blood clot in her brain. Stephen Baldwin’s daughter later revealed in an April YouTube video that she had been diagnosed with a Grade 5 PFO — Patent Foramen Ovale, which is a flaplike opening in the heart that was repaired via surgery.

“Justin has been worried sick,” a source exclusively told Us Weekly in March of the “Baby” crooner, noting that he has been “spending every moment” beside the Rhode beauty entrepreneur. “[He] feels very out of control of the situation.”

The musician — who wed Hailey in 2018 — broke his silence on her stroke-like health scare during his Denver, Colorado, live show on March 16.

“It’s kind of crazy how life randomly throws you curveballs. You can’t really control much,” Justin said, between songs, at the time. “Most of you probably know or have seen the news about my wife … but she’s OK, she’s good, she’s strong.”