Meredith is hospitalized after contracting COVID-19 during the Nov. 19 episode of ‘Grey’s Anatomy’ and returns to the beach with Derek once again.

In the Nov. 19 episode of Grey’s Anatomy, Richard fits into his new role as Chief Medical Officer of the Catherine Fox Foundation perfectly. He welcomes a new class of interns who are starting early to help out at the hospital during the pandemic. Over in the COVID unite, Meredith is telling everyone that she feels fine. She’s ready to go to a hotel to quarantine 4 days after her collapse.

Meredith says she doesn’t want any more tests. Teddy is her doctor, with Maggie and DeLuca helping. After discussing Meredith’s health, Maggie and Deluca come back to her room and find Meredith unconscious on the floor. She is clearly still very sick. While unconscious, Meredith is back at the beach… with Derek. She sees him in the distance and walks toward him. 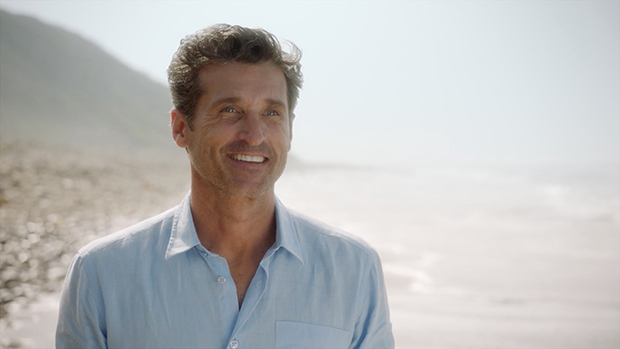 When she comes to, she explains that she was just trying to take a couple of steps. Deluca brings up this experimental drug treatment, but Teddy is not into the idea. Meredith starts doing her own research and tells Maggie about this triple anti-viral therapy. Meredith thinks she can handle the side effects.

Maggie has a heart-to-heart with Teddy. She’s worried about Meredith after seeing Mer’s lungs. Maggie makes Teddy swear that she’s going to take care of Meredith and is focused despite what is going on in her personal life. Later, Maggie tells Meredith that it may be time to change Alex as her healthcare power of attorney. Meredith deflects and talks to her daughter instead. 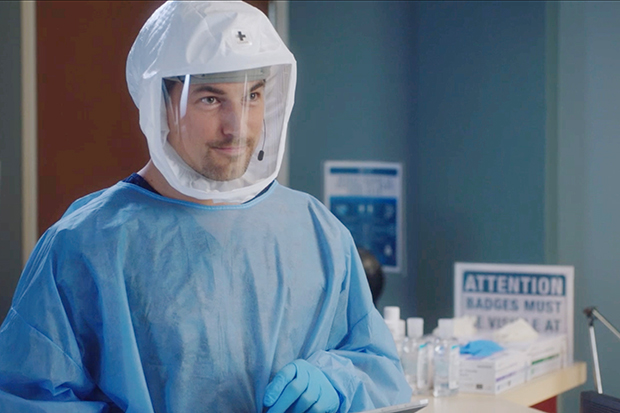 Back at the beach, every time Meredith tries to get closer to Derek, she finds herself right back where she started. “I miss you,” Meredith yells. Derek replies, “I know.”

Bailey tries to convince Meredith to change her power of attorney. She urges Meredith to pick someone local. Making tough decisions over the phone is not easy. “At least Alex will pull the plug if I need him to,” Meredith says. Hayes decides to Facetime Meredith from right outside her room and offers to be her POA. He advises her to choose someone who will choose her over and over again. Meredith admits to him that she’s afraid if she falls asleep she might not wake up.

Owen continues to give Teddy the cold shoulder. Richard assigns Tom the new interns, and he doesn’t do well with them. He tells Richard that teaching these young interns is a gift, one that Tom doesn’t have. He says Richard is the teacher they need right now in this pandemic.

When Link gets home from the hospital, Amelia breaks down in front of him. She’s exhausted and scared about Meredith. Link tries to help in any way he can. They relieve some tension by having sex — six feet apart. 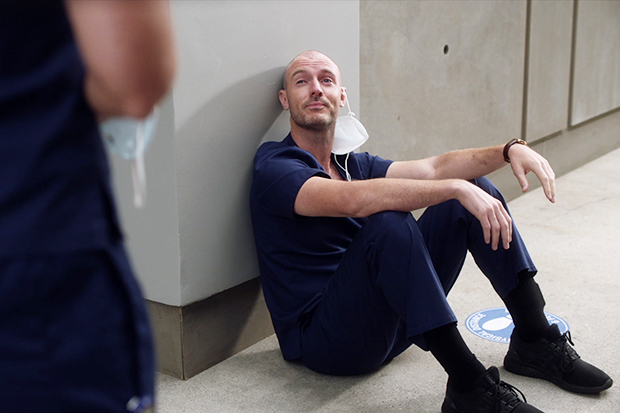 Teddy crosses paths with Tom to try and talk with him. Tom is still heartbroken about Teddy choosing Owen, but he still loves her. He wants to get over her, though. Owen suddenly walks into the room and reveals that Tom has tested positive for COVID-19. He tells Tom to go home and quarantine.

Meredith finally decides that Richard is her new POA. He’s the “only person” she can trust to pull the plug if it comes to that. After talking with Meredith, Richard takes the new interns into the same room he brought Meredith, Cristina, Alex, George, and Izzie all those years ago. This time, things will be different, but they’ll get through it together.

On the beach, Meredith keeps on trying to make it to Derek. He stresses that the sand isn’t real. When she runs toward him, she falls down face first in the sand. They exchange a few words and Derek ends the episode with, “I’ll be right here when you’re ready.”

Tags: Greys Anatomy
You may also like
Celebrities News