GREGGS have announced that they will be opening a number of drive-thru bakeries across the UK in a move that has left fans ecstatic.

The bakery chain, which currently has over 2000 stories nationwide, opened its first drive-thru back in 2017. 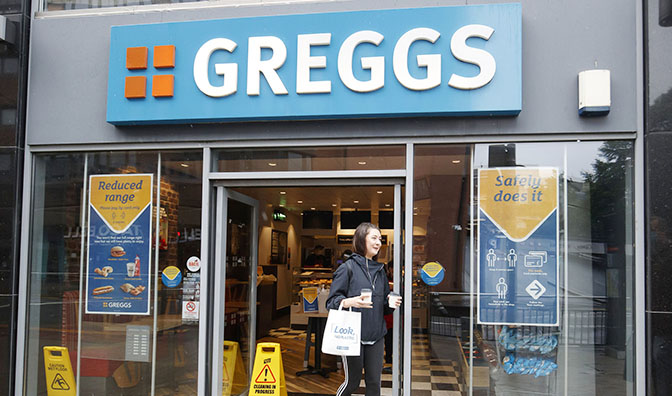 But more branches are set to open as drive thrus – with plans reportedly submitted to various councils.

The new drive thus are set to be established in Yorkshire, Slough, Kent and Stoke-on-Trent.

It would follow the opening of drive-thrus in Wales and Cumbria earlier this year.

Excited fans were alerted to the news via The @GreggsOfficial Twitter account, who teased the fans with a photo of one of their existing drive thru lanes.

Captioning the snap, the account joked “Sorry I’m late, the traffic was crazy…"

It soon sparked excitement in the comments, as mutual pasty lovers rushed to share their glee.

One user wrote: “I'll have 16 steak bakes, 16 corned beef pasties and a bottle of oasis.”

Another added: “Where is this I’ll move heaven and earth for a drive thru that’s nearby?”

Meanwhile one fan wrote: “If you could have these in London I’d have to marry you."

This was followed by another message from a pasty lover, who wrote: “Wtf? Theres a Greggs drive thru? #mindblown.”

Meanwhile, the Irish Times reported that Greggs long-term plans is to open between eight and 10 drive thrus each year as they look to expand the bakery chain post Covid.

Chief executive Roger Whiteside said: “We are actively pursuing every drive thru we can find, but so is everybody else so they’re very competitive to get a hold of.”

It comes just a couple of months after Greggs also announced plans to open around 100 new stores by the end of the year.

Half of the new branches are expected to be with franchise partners, creating around 500 new jobs in the second half of 2021.

In March, Greggs confirmed it permanently closed 56 stores last year as it reported its first loss in 36 years due to Covid.

All Greggs stores closed on March 23 last year due to the first lockdown, even though it was allowed to stay open for takeaway orders.

Where are the new Greggs branches located?

Plans have reportedly been submitted for the following locations:

Tags: Drive, Greggs, Number, of, open, to
You may also like
Celebrities News