SCIENTISTS have warned how much worse the Covid outbreak could play out over the next year without “Plan B” style measures – as vaccine immunity wanes.

In papers given to scientific advisers to the Government, experts warn of the importance of booster jabs at keeping the virus in check indefinitely. 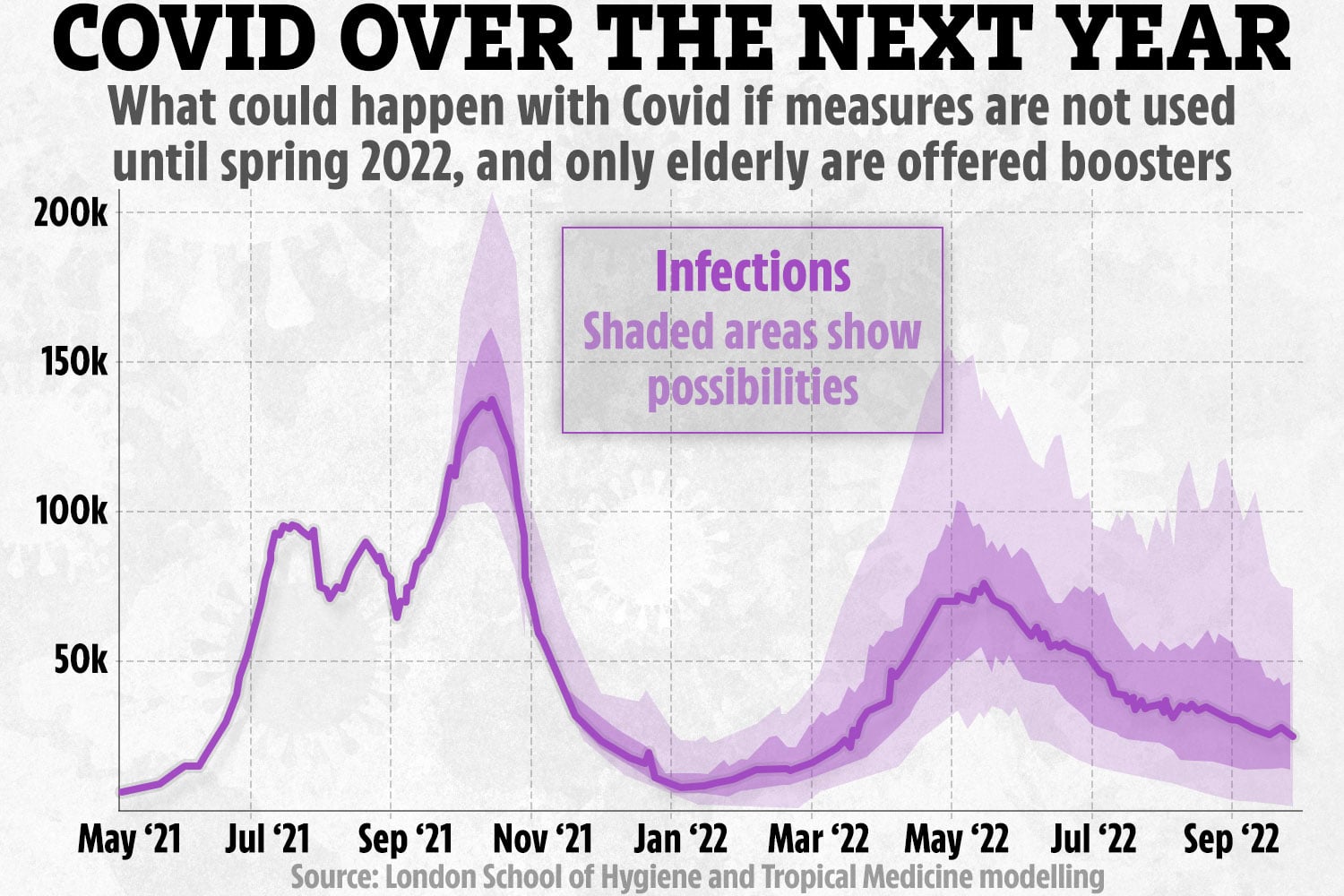 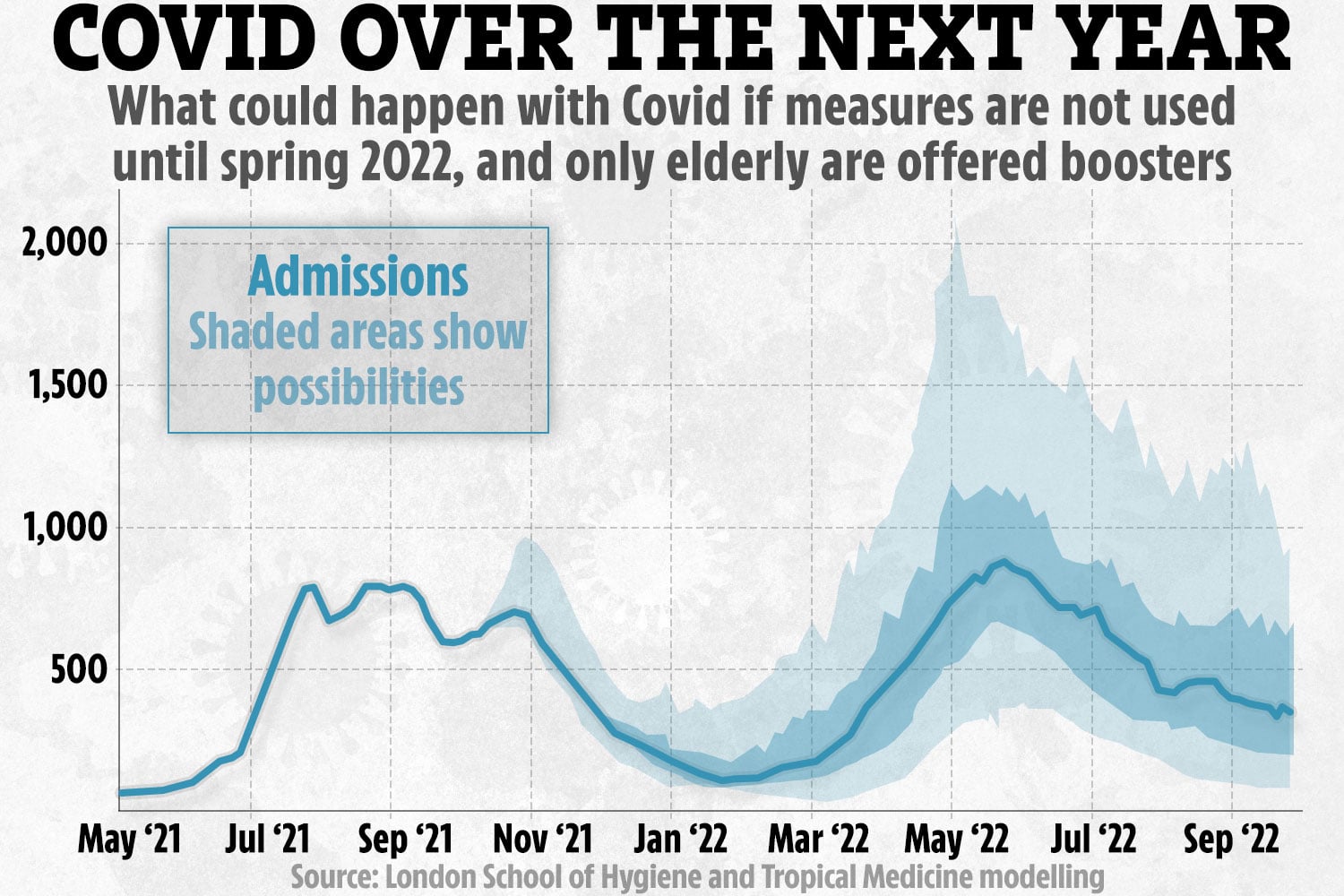 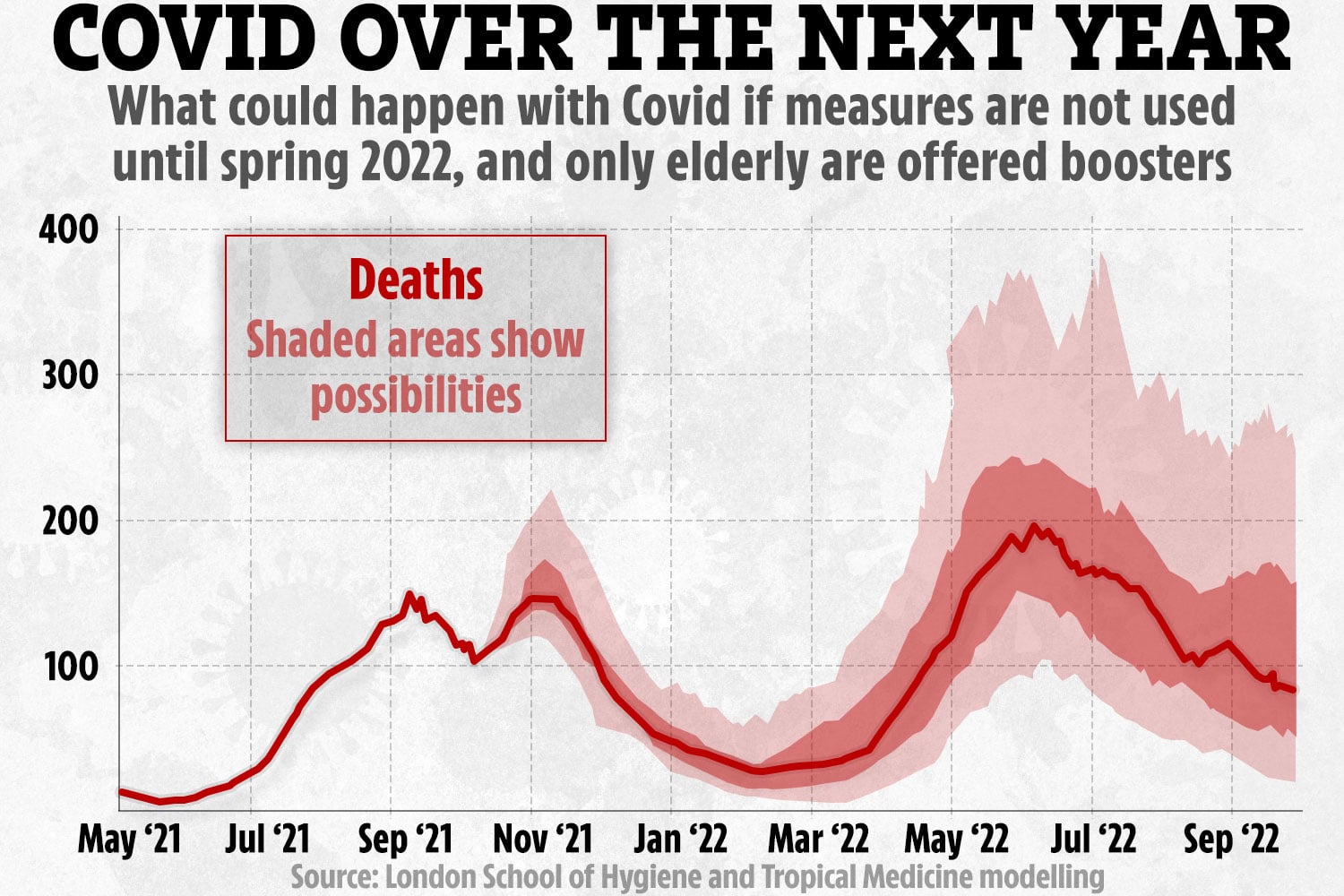 That’s even with booster vaccines taken up by 90 per cent of adults over 50 years old over the winter.

Using Plan B – face coverings, working from home and vaccine passports – from May 2022 only push the "peak" further into the year.

It's based on an assumption that immunity wanes faster than is expected.

But even with moderate waning, infections could peak at 100,000 per day, and deaths 200, after winter.

The models – from the London School of Hygiene and Tropical Medicine – suggest that further peaks are inevitable next year, suggesting Covid is far from over.

The modelling was given to Sage – the scientific advisory group to the Government – in October.

Sage has considered a raft of papers in recent weeks to warn ministers of how to approach “living with the virus”.

All papers suggest that booster vaccines will be needed regularly in order to stave off huge peaks of the coronavirus – as is the case with flu.

And offering a third shot to young people would improve the outlook further by taking the UK closer to “herd immunity”.

A paper from Warwick University said: “A continuation in the observed decline in vaccine efficacy can generate very large-scale waves of hospital admissions in the next four to eight months, which can be further exacerbated by high levels of seasonal forcing.

“These could be tempered by either giving boosters to younger age groups, hence pushing the population closer to herd immunity, or by giving additional boosters to older age groups to maintain high efficacy.”

In more LSHTM modelling, scientists reveal the importance of taking the booster jab when invited.

It showed that if only half of over 50s took their vaccine, there could be 64,000 more Covid deaths by September 2022.

In an even better scenario – in which all adults including under 50s are offered a booster and 90 per cent take it – there could be 12,000 deaths over the next year.

It’s still a staggering number of deaths within 12 months, averaging at 35 per day.

But Sage’s recent assessment of the models concluded with a more positive tone, that this year’s winter Covid wave won’t get as bad as the last one even without extra restrictions.

The advisers admit it’s “highly unlikely” that hospital admissions will return to the devastating levels seen in January.

Bringing in new Plan B or even rumoured "Plan C" rules might only have a “moderate impact” – but cases won’t come down for months without them.

Acting quickly would reduce the need for “more stringent, disruptive and longer-lasting measures”, the advisers concluded, in minutes of a meeting published on Friday.

The scenarios assume that the rollout of boosters will be “rapid” and have a “high uptake” and warned that if people swiftly change their behaviour then there could be a major problem.

Led by chief scientific adviser Sir Patrick Vallance, Sage said the modelling does not consider the burden from flu and other viruses or the emergency of new variants.

Insiders are more worried about a new variant than the current cases spiralling out of control and say a double-whammy with flu may pose a bigger threat than the Delta strain on its own.

Scientists on the SPI-M group, a sub-group of Sage, said: “It will take both a rapid increase in transmission rates and repeated waning of protection from vaccination to lead to hospital admission levels in the order of magnitude of those seen in January 2021.

“Unless both these occur, or a new variant of concern emerges, it is highly unlikely that such levels of hospital admissions will be reached in the coming autumn and winter.

“If protection from vaccination does not wane much further than already observed, then hospital admission rates are unlikely to get significantly higher than those currently seen.” 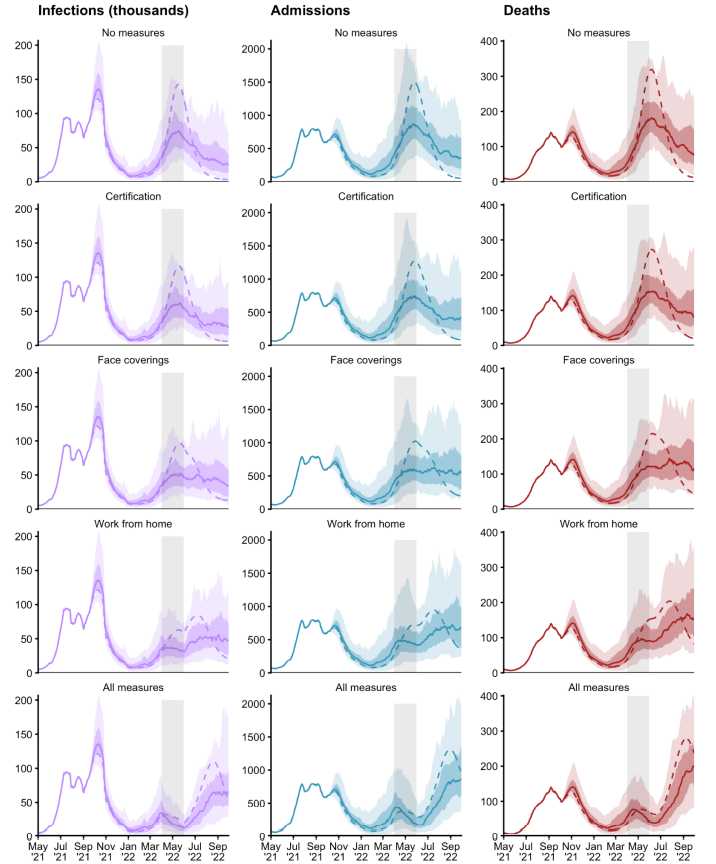 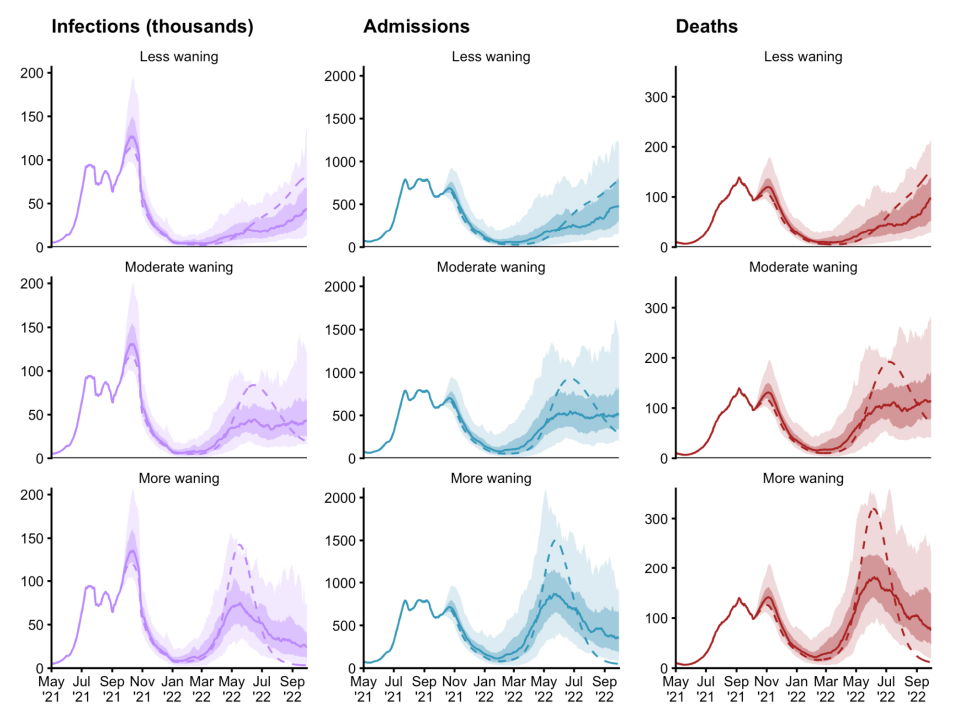 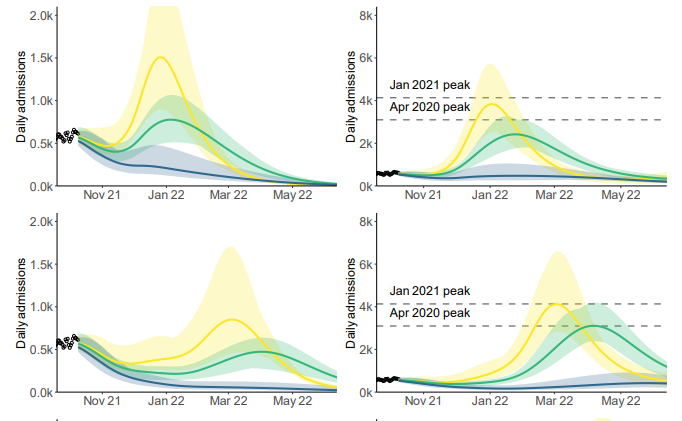