‘Grime Gran’, 80, who shot to fame interviewing rappers says the younger generation is ‘selfish’ for stockpiling amid the coronavirus pandemic – and says people ‘weren’t so greedy’ during the war

An 80-year-old grandmother who shot to internet fame by interviewing rappers, has branded the younger generation ‘selfish’ for stockpiling amid the coronavirus pandemic.

Margaret Keefe, from East London, who posted a video last week slamming those bulk buying goods, appeared on This Morning today and insisted her rant was justified.

The social media star told how people of her generation ‘shared more’ – especially during the war – and added some younger people are ‘greedy and selfish’ for panic buying essentials while the elderly are left ‘looking at empty shelves.’

The grandmother gained an impressive online following after starting a YouTube channel where she chats with the UK’s biggest grime stars, including Ghetts and Lethal Bizzle. 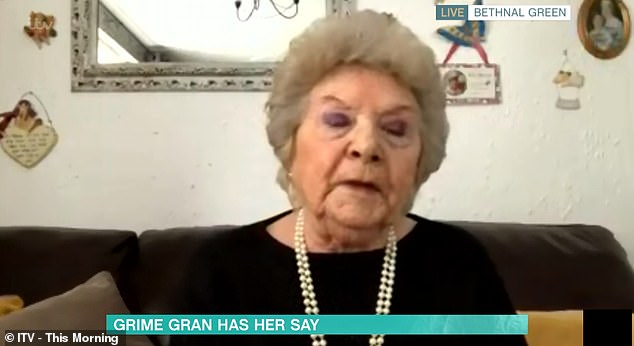 Margaret Keefe, 80, from East London, appeared on This Morning today where she branded people who stockpile goods ‘selfish and greedy’

She commented: ‘I think it’s really wrong. Why do that when everyone is in the same position? There are people who cannot get out at all, elderly people looking at empty shelves.

‘This didn’t happen in my generation, because people were not so greedy and selfish – of course I had a rant.’

She continued: ‘When we were younger and going through the war, people were different, they shared more.

‘Older people were so much more respected. It’s lack of humanity. We all need to be together like we were then. People just didn’t carry on like they do now.’

Viewers were full of support and praise for Margaret’s views, with one insisting the world needs ‘more people like grime gran,’ while another suggested she should step into the Prime Minister’s role.

‘Grime gran for PM. YOU GIVE EM HELL LOVE’, commented one, while a second enthused: ‘The world needs more grime gran and less selfish w****s!’ 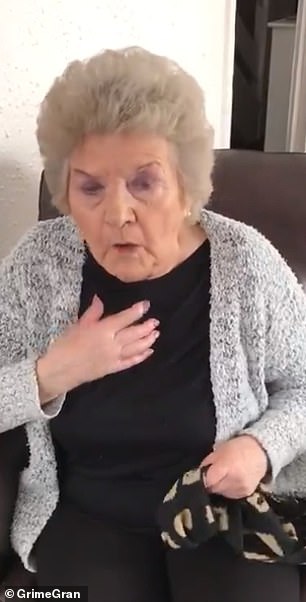 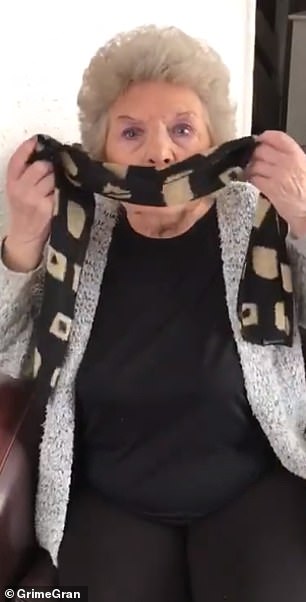 In the original video, the gran (pictured, left and right) can be heard delivering a scathing rant littered with swear words, adding she ‘can’t believe what’s f****’ happening’ with COVID-19

A third added: ‘Grime gran .. she is spot on, love this lady #ThisMorning. This country is selfish.’

In her original video, Margaret can be heard delivering a scathing rant littered with swear words, adding she ‘can’t believe what’s f****’ happening’ with the mass outbreak of COVID-19.

She goes on to address those bulk buying medical masks, insisting: ‘Course you can’t buy them ’cause all the greedy f****s doubled up on them.’

Today, she argued there isn’t as much community spirit, telling that her mother would have given her neighbour ‘half their bar of soap’ if they had asked for it.

However, Margaret ended the chat on a positive note, insisting that eventually, everything would ‘blow over’ and that there are still ‘kind people’ in the world who have expressed concern for the vulnerable and elderly.

‘This will all blow over, she said. ‘It will fizzle out and everyone be alright. I’ve done as I’m told, but fortunately I’ve got my daughter and grandson who get me what I need.’

‘There are a lot of good people still in the world, there are some people who have knocked on the door. So hopefully now people will come together and do this.’ 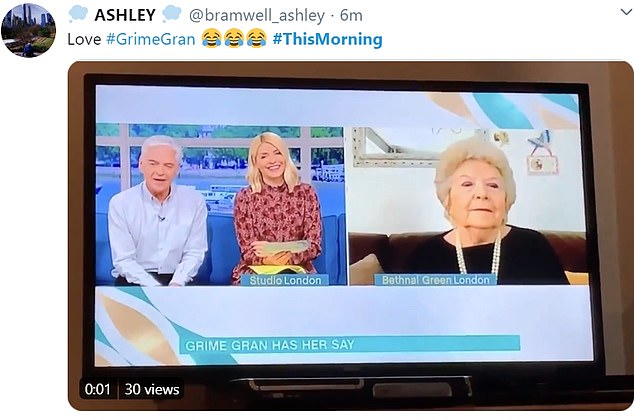 Viewers were full of praise for the gran, with one insisting the world needs ‘more people like grime gran,’ while another suggested Margaret should step into the Prime Minister’s role 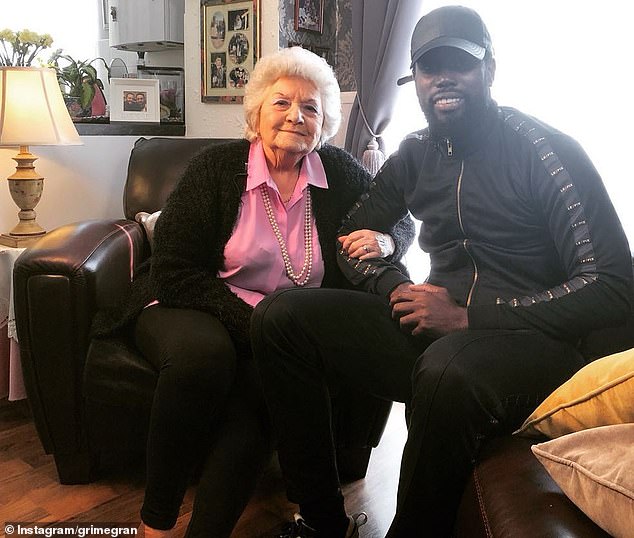 Grime Gran Margaret has met big names such as Ghetts (right) and posted this picture of the two of them on Instagram with the caption: ‘Isn’t he handsome?’