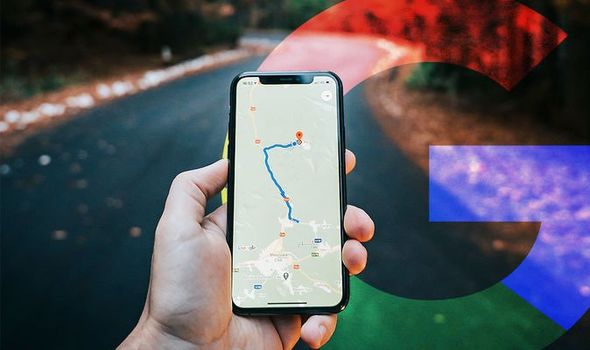 Google is constantly improving and updating Google Maps – with camera-laden cars driving around city centres to update Streetview images, to user suggestions of new developments being added to the maps, to restaurant reviews, integration with Uber, and more. However, the latest upgrade is currently limited to those living in Sydney, Australia. So, unless you’re currently based in the city, you’re going to have to read about the new feature… and then do your best not to get too jealous. And that’s as soon as it’s going to get, unfortunately.

Google teamed-up with Transport for New South Wales to bring its useful Streetview technology, which lets you look around in a first-person perspective, to the inside of dozens of train stations. So, if you’re planning a journey ahead of time and want to know what the inside of the train station is going to look like – now you can.

Just like you use Streetview now to check what your destination looks like – so you know what to expect, bringing the feature from outside into train terminals means you’ll be able to better familiarise yourself with every step of your journey before you set off.

In total, Streetview imagery will be available for 130 train stations and a dozen metro stops across Sydney. Using Streetview indoors, “you’ll be able to virtually navigate interactive, panoramic imagery inside Sydney stations, so you’ll know your way when you get there,” Google promises. 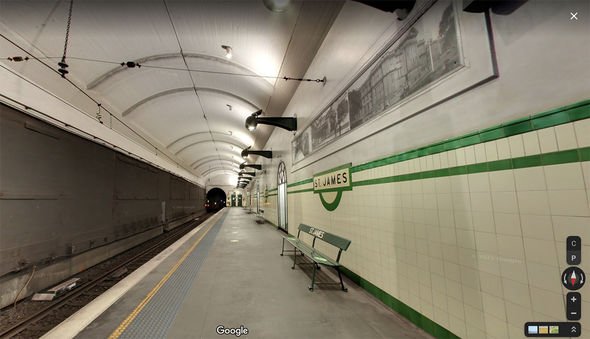 With any luck, Google will work with other local authorities and transport companies across the globe to allow its 360-degree cameras into more stations, bus stops, tube platforms in the coming years.

Not only that, but the partnership with Transport for New South Wales has also resulted in a new accessibility feature. Google Maps will now offer detailed turn-by-turn directions for accessible routes across 70 train and metro stations across Sydney. So, if you need to plan a route that takes into account your mobility needs. 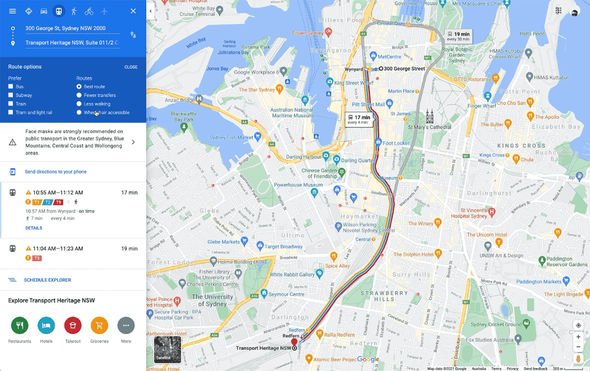 Google says, “these tools allow people to find the best and most accessible entrances, exits, signage, and paths within the station and better anticipate in-transit travel times along these pathways.”

To take advantage of the feature, you’ll need to tap the Directions menu after typing in a destination. This is all pretty standard. Google Maps will then load a number of options – from walking directions, driving, public transport, cycling, and more. Tap on the public transport icon and then tap on route options that include “wheelchair accessible,” “fewer transfers,” and “less walking.”

That’ll tell Google Maps that you want an accessible route, so it’ll plot directions based on stations with step-free access and more.