CHELSEA fans have begged the club to hand Antonio Rudiger a new contract after he scored in Saturday’s 3-0 win at Leicester.

The German defender put in another dominant performance as Thomas Tuchel’s European champions humiliated the Foxes at the King Power Stadium. 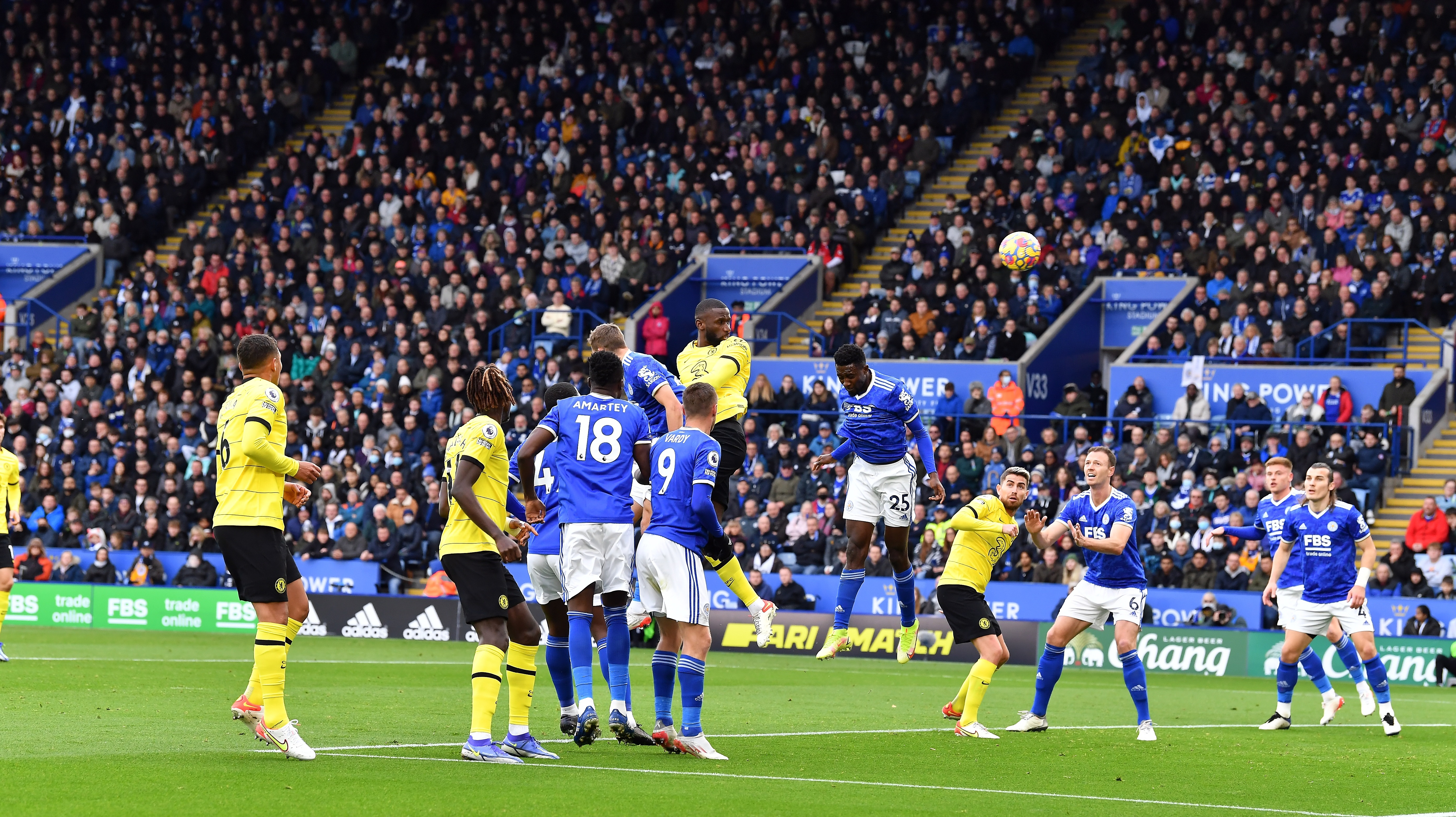 N’Golo Kante and Christian Pulisic were both on the scoresheet in the Midlands.

But it was Rudiger who got Chelsea on their way with a fantastic flicked backwards header from a Ben Chilwell corner in the 14th minute.

The centre-back – who appeared to BITE teammate Reece James in the celebrations – went on to dominate his side of the field while also pushing forward to create more attacks.

But it isn’t all rosy for Rudiger off the field as his contract nears its end.

The ex-Roma man’s current deal expires in the summer, meaning he could leave Stamford Bridge on a free transfer.

The likes of Bayern Munich, Real Madrid and Juventus are reportedly interested.

And Rudiger can strike a pre-contract agreement with foreign sides as early as January.

But after another excellent showing, Chelsea fans have now implored club chiefs to pull out all the stops and tie Rudiger down for five more years.

One said: “Rudiger’s aggression and toughness is exactly what we need in defence. On my knees they extend his contract.”

Another added: “Better extend that contract!”

Rudiger himself appears calm about the situation, preferring to talk about his performance after the Leicester game.

The ace said: “I felt confident going into this game and promised my son I would score.

“It is good and I helped the team, it was a very good performance.”

Meanwhile, boss Tuchel is eager to get Rudiger to pen an extension, adding: “He’s been outstanding from the first day to now, I hope it stays like this.

“Everybody wants him to stay, it’s clear but sometimes there’s a delay in these things and there is obviously a delay.

“He knows what he has here, a fantastic club, fantastic league. He’s a competitor, we’ll have a bit of patience and hopefully a happy end.”