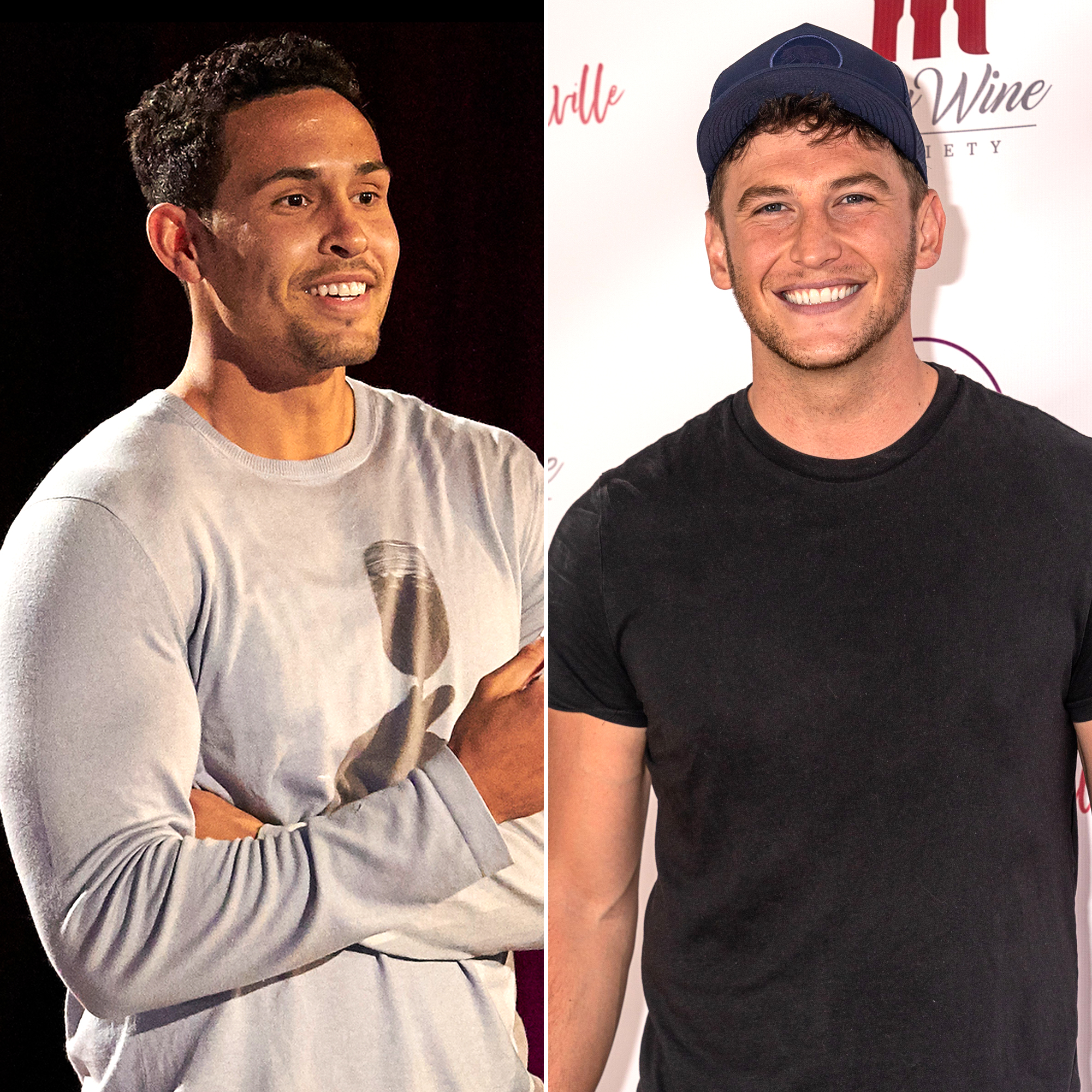 Bachelor Nation Stars Who Found Best Friends on the Shows

Fellow wedding guest Wells Adams shared a group photo of the Bachelor and Bachelorette alums in attendance at the 32-year-old Indiana native’s nuptials via Instagram on Friday, November 19. In the background of the snap, eagle-eyed fans spotted the Bachelor in Paradise season 7 alum, 29, wrapping his arms around the “Behind the Rose” podcast host, 32.

While perhaps this interaction between the men could have been awkward, considering their shared history with the 31-year-old Minnesota native, their cozy pose suggests there’s no weirdness among the group.

In fact, Kufrin, Horstmann and Jacobs were among a gathering of Bachelor Nation stars that reunited in San Diego, California, for the Blended Festival one month earlier.

‘Bachelor in Paradise’ Couples Who Are Still Together

“On a scale of 1-10 how weird is Bachelor Nation 😂,” the BiP season 6 alum posted a group snap via Instagram on October 15. He also included the hashtags “Try to Not Make the Dating Tree on This Pic, “Thomas is Tall” and “The Answer is Too Many Zeros” in his post.

Following the California reunion, the Bourdon Wine founder dished that her encounter with the season 14 runner-up was completely cordial.

“Blake and I — even when I saw him this weekend, we hugged. I was like, ‘It’s good to see you. At the end of the day, I wish the best for you,’” Kufrin said on the October 18 episode of the “Almost Famous” podcast. “We’ve always been in good standings, I would say.”

She continued at the time, “After my season, at that point, it was weird because I broke up with him on national television and got engaged to somebody else. Even with that, there was never any ill will or bad blood between us. We’ve kept in contact. We’ve supported each other.”

The “Bachelor Happy Hour” podcast cohost eventually chose Garrett Yrigoyen over Horstmann during the Bachelorette finale in 2018. After they called off their engagement in September 2020, it was speculated that she rekindled her onscreen romance with Horstmann, but the former publicist reasserted that they were just friends at the time.

“Blake and I have always been friends. We’ve always been supportive of one another,” the “Bachelor Live” host said on an August episode of the “Click Bait” podcast. “In terms of the ‘talking,’ yeah, we’ve been in touch very sporadically, but nothing that I would say would warrant … a potential relationship.”

Former ‘Bachelor’ and ‘Bachelorette’ Leads: Where Are They Now?

On the other side, the Colorado native teased there was more to their story.

“Honestly, at this point, it’s just, like, something I don’t know if I even want to waste my breath. I just feel, like, at this point, it’s just a waste of time,” the DJ revealed during a September episode of his podcast. “Listen, I was hurt by the podcast [interview]. …  Like, you said, it’s no secret that we were hanging out prior. I don’t think it was some secret — like, [it] wasn’t at all. More than anything, I was hurt by it. I think the people — my friends — certainly know the truth. I think most of the people in Bachelor world know the truth, her friends sure as s–t know the truth. So it’s, like, it is what it is.” 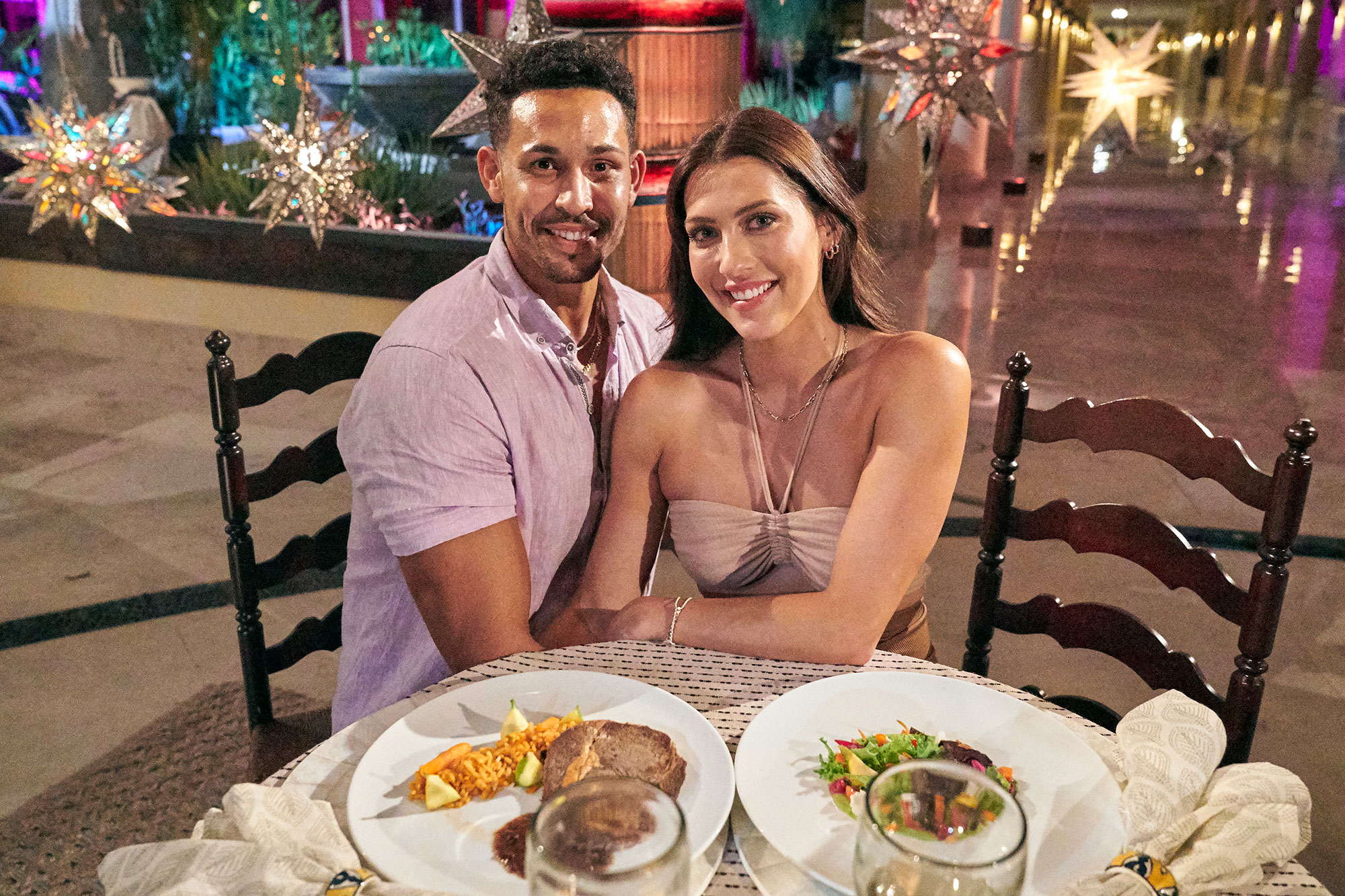 The Bachelor season 22 winner, for her part, later joined the cast of BiP earlier this year, where sparks flew with the Bachelorette season 17 alum. While Kufrin eventually broke up with Jacobs during the finale, they’ve since rekindled their relationship.

“You know what they say…Third time’s a charm,” she captioned an Instagram video of the duo after the BiP finale aired. “I’m sorry for breaking up with you on national television, but I’ll take every day to make it up to you, Tommy. Thanks for making my heart smile far more than it ever has. Now time to start this real life @thomasajacobs.”