Tatler has unveiled its advice to clear your house of negative energy during the third coronavirus lockdown.

Georgia Coleridge, 58, who lives in London with her husband Conde Nast’s chairman Nicholas Coleridge, made the revelations in the society bible.

Georgia, who works as a house healer suggested readers build ‘good energy by creating space at home’ and said ‘clapping your hands’ in different rooms could help ‘get energy moving.’

The home healer said her ‘recipe’ was a ‘combination of old-fashioned tidying, zen-like clutter-clearing, and then some energy work’, suggesting it could transform her mood from ‘less heavy Same-Old, Same-Old, and more optimistic Va-Va-Voom.’ 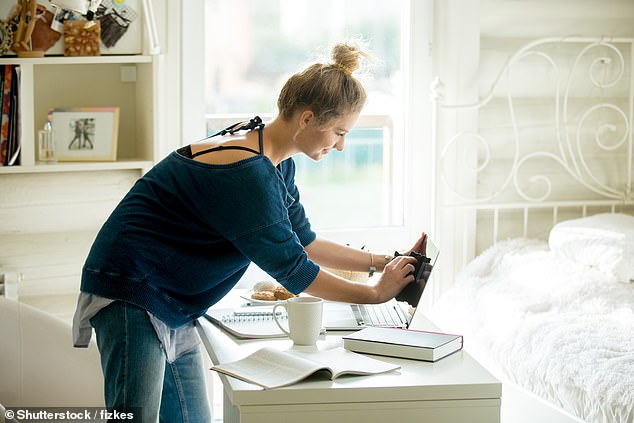 TIDY AWAY MESS WHICH IS ‘SAPPING YOUR ENERGY’

Georgia advised putting away anything that had been ‘invading your space’ in the home, including ‘surly piles of clothes, books and papers’ and ‘washing up and laundry’.

She penned in Tatler: ‘If you feel tired just looking at it, it’s a sign that it is sapping your energy.’

Meanwhile the 58-year-old also said cleaners should ‘show the mess who is boss’ by physically moving or hiding untidy spots in the home.

GET THE ENERGY MOVING…

With many Britons spending the last few months stuck inside the four walls of their home, Georgia said the home’s air would feel ‘stuffy and stagnant.’

She suggested ‘getting air moving’ by opening windows, whacking cushions and shaking curtains.

Meanwhile she said: ‘If anywhere feels stuck or heavy, clap your hands repeatedly, particularly in the corners.’

The home healer also revealed energy could be broken up by burning incense, or waving a stick of sage around the home.

For those who have spent much of lockdown stuck in front of their computer screen, Georgia revealed bringing movement back to the body was also important.

She advised putting on some ‘funky music’ and dancing through the home in order to banish negative energy from the space.

After getting stagnant and stale energy in the home moving, Georgia recommended cleaning out negative particles in order to embrace the positive.

The home healer advised closing your eyes and visualising a huge net made from a ‘fine mesh of love and light’. 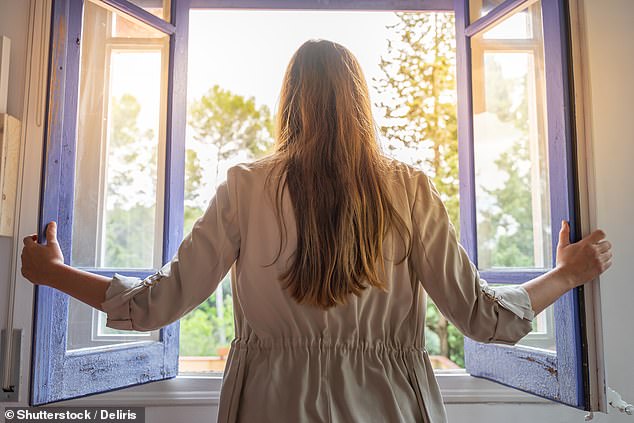 After getting stagnant and stale energy in the home moving, Georgia recommended cleaning out negative particles in order to embrace the positive

She said the net could then sweep across each room in order to gather any energy debris left behind.

According to Georgia, areas of particular concern include any ‘thought clouds’ over work spaces and computers where office workers may have found themselves based during the pandemic.

Meanwhile she also suggested those who have been lying awake in bed worrying at night should try to  catch ‘any stuck emotion above your pillow’ with the imaginary net.

After capturing the ‘energetic debris’ in the ‘glowing net’ of love and light, the home healer said cleaners should imagining throwing it into a waterfall in order to ‘wash’ the old energy away.

SHINE GRATITUDE INTO YOUR HOME

Having rid the space of negative energy, Georgia explained that it’s important to remember your home has kept you safe amidst the pandemic.

She said cleaners could feel ‘happier’ if they thanked their living space for keeping them comfortable during the period.

The 58-year-old said one method through which to do this is by standing in the centre of each room with your eyes closed and smiling.

She added that those who ‘give their home a bit of love’ will be loved by the space ‘in return.’

Who is Georgia Coleridge? 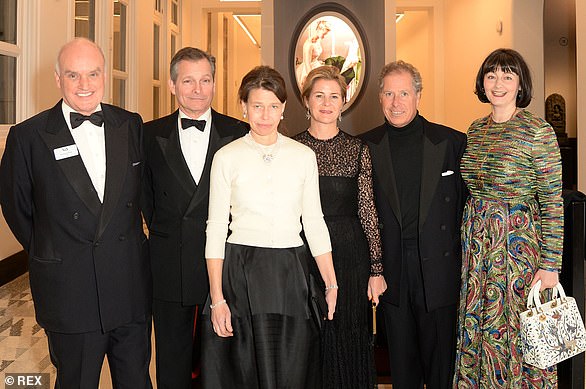 Georgia, 58, remains at the heart of smart society. She became an intern at Harper’s & Queen magazine, then a book critic and is now a healer.

In 1989, she married Nicholas Coleridge, whose father was chairman of Lloyd’s of London. Nicholas went on to be chairman of publisher Conde Nast (with its stable of society magazines Vogue, Vanity Fair and Tatler) and chairman of the Victoria & Albert Museum Trustees.

A mother of four, Georgia qualified as a healer after studying at the College of Psychic Studies. Energy healing sessions with her cost £70 an hour and she describes her work as a ‘gentle, relaxing therapy’.

She’s also a volunteer at Chelsea’s Royal Hospital and her family divides their time between houses in Chelsea and Worcestershire.

Tags: Coleridge, Georgia, how, reveals
You may also like
Celebrities News