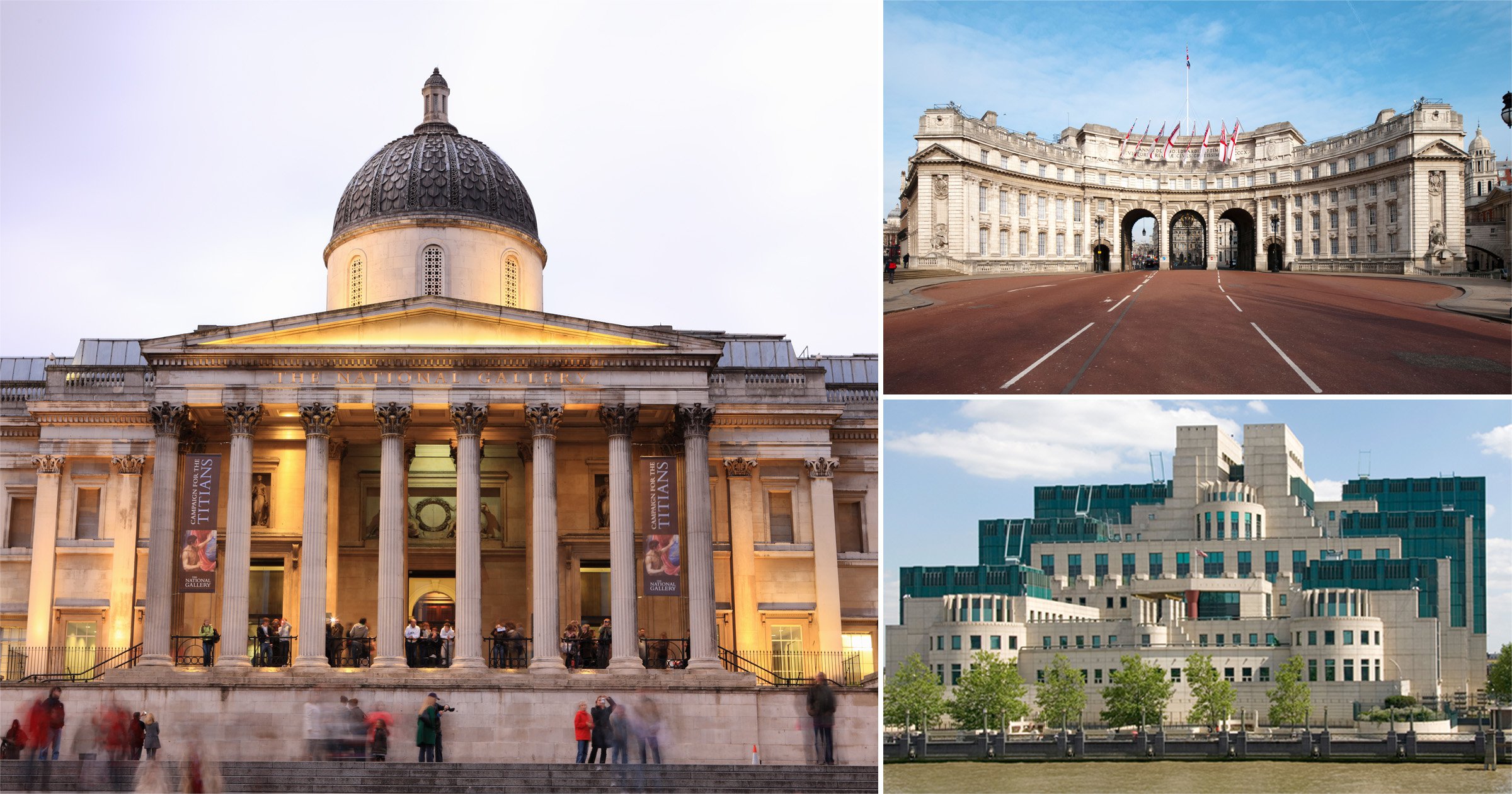 So, who’s the oldest ever Bond girl?’ asks affable Welshman Dewi Evans just before we set off on a tour of central London.

This will take in filming locations, as well as history about author Ian Fleming and British wartime and post-war espionage. I’m a 007 superfan but my guesses – Goldfinger’s Honor Blackman? Spectre’s Monica Bellucci? – are shot down by Dewi with the force of a Walther PPK.

In fairness, she didn’t actually star in a Bond movie at all, but the answer is HM The Queen. She appeared next to Daniel Craig in the short film Happy And Glorious, directed by Trainspotting’s Danny Boyle for the 2012 London Olympics opening ceremony.

It’s a fun fact to start off our journey, which begins at Somerset House, whose vast courtyard doubled for Moscow in 1995’s Goldeneye.

We progress past The Savoy hotel, where playwright Noel Coward lived while operating as a spy during World War II – he used his celebrity contacts to glean info to help the British side – and on to Rules, the oldest restaurant in London, dating from 1798.

It’s here, in Spectre, that M is interrupted by Q and Moneypenny, who tell him Bond is heading to North Africa. Dewi tells me Q was based on a real person: he’s credited to be Charles Fraser-Smith, who invented spy gadgets for SOE (Special Operation Executive) agents.

Then it’s on to Charing Cross station, where in Skyfall villain Silva causes a Tube train to crash (the actual event was filmed on the 007 Stage in Pinewood Studios).

Dewi’s fascination with all things Bond came from discovering his great-uncle had been a member of the SOE, a WWII organisation that conducted espionage in Europe.

‘Fleming also worked in espionage at the same time,’ he says, ‘and Bond is a modern reflection of the kind of spying that happened then.’

We pop into the National Gallery, where Bond and Q meet in front of The Fighting Temeraire in Skyfall, and pass the portrait of the Duke of Wellington, stolen in 1961, but which appeared in Dr No’s lair in the film the following year as an in-joke.

On to Admiralty Arch, where Fleming worked as a lieutenant commander in the Royal Navy – he gave Bond the same title. Close by is Buckingham Palace, where Toby Stephens’ character parachutes in Die Another Day. Our tour ends opposite the MI6 building in Vauxhall.

Has Dewi been looking forward to the new film? ‘Absolutely!’ he replies. ‘It’s Daniel Craig’s swansong.’

Who does he think will replace him? ‘I’d put money on Jamie Bell,’ he says. ‘He’s worked with [Bond producer] Barbara Broccoli before.’

The James Bond London Tour with Dewi Evans is £125 for up to ten people, book via toursbylocals.com

Tags: escape, James Bond, London, me
You may also like
Celebrities News