A freight train derailed in southeast Texas on Thursday morning, causing railcars to pile up on the tracks and spill over onto a nearby roadway. Five tank cars were breached and no injuries were reported, the Orange County Office of Emergency Management said in a statement.

A “petroleum product” that the agency said didn’t pose a risk to the general population was leaking from four of the cars. A “corrosive product” from another car was being contained, according to the statement. 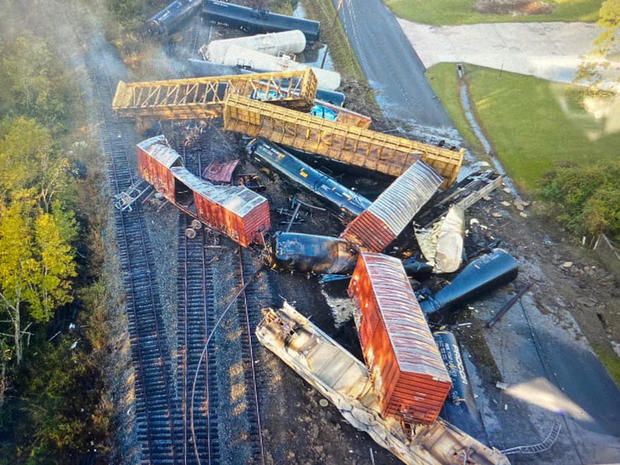 The county sheriff’s office asked everyone within a mile of the derailment to evacuate, and people between a mile and a mile and a half of the wreck were asked to shelter in place.

Elementary and middle school students in Mauriceville, near the Texas-Louisiana state line, were evacuated to the local high school, the school district said in a Facebook post.

A motorist shot video of railcars piling up as they tumbled off the tracks in front of a pickup truck. The sheriff’s office posted images from a drone showing the massive wreck from above.