Kourtney Kardashian is simply glowing in the Kar-Jenner family’s latest photo from their winter trip to Lake Tahoe in California.

While it could just be the Poosh products, Kourtney’s ethereal vibe in the photo had some fans convinced the reality star wasn’t really on the trip and was digitally edited into the picture.

Her sister Kim Kardashian on Wednesday posted the snapshot, which also included Corey Gamble, Kris and Kendall Jenner, Scott Disick and Khloe Kardashian, gathered together in their winter gear.

For some reason ― be it Kourtney’s pose or the light ― her image just stands out.

“Kourtney either got shopped in or she’s feeling ghostly today,” influencer Harry Hill wrote in the comments.

“Why does it look like Kourts been photoshopped into the picture 😂😂” someone else added.

“Miss Kourtney looks photoshopped in is anyone else seeing this,” commented another.

Some quipped that everyone in the photo looked like they were edited in: 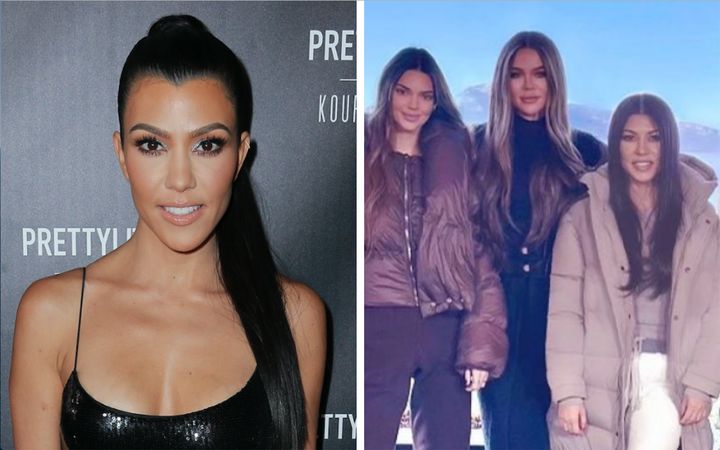 A photo editing fail wouldn’t be out of character for the Kardashian family. But that didn’t happen in this case, E! News reported, citing an unnamed source. The eldest Kardashian sister is really in the photo, the outlet wrote, and the only family members missing are Kylie Jenner and Rob Kardashian.

Kourtney didn’t respond to the photo fakery allegations on Wednesday and instead just reposted the picture on her Instagram story with a single snowflake emoji.

And whatever the case, the photo isn’t anywhere near as bad as when Kim and her husband Kanye West bizarrely edited their daughter, Chicago, into their Halloween pictures last year:

Or when it appeared that Kim had six toes alongside Kylie Jenner in a fragrance ad:

Tags: Keeping Up with the Kardashian
You may also like
Celebrities News