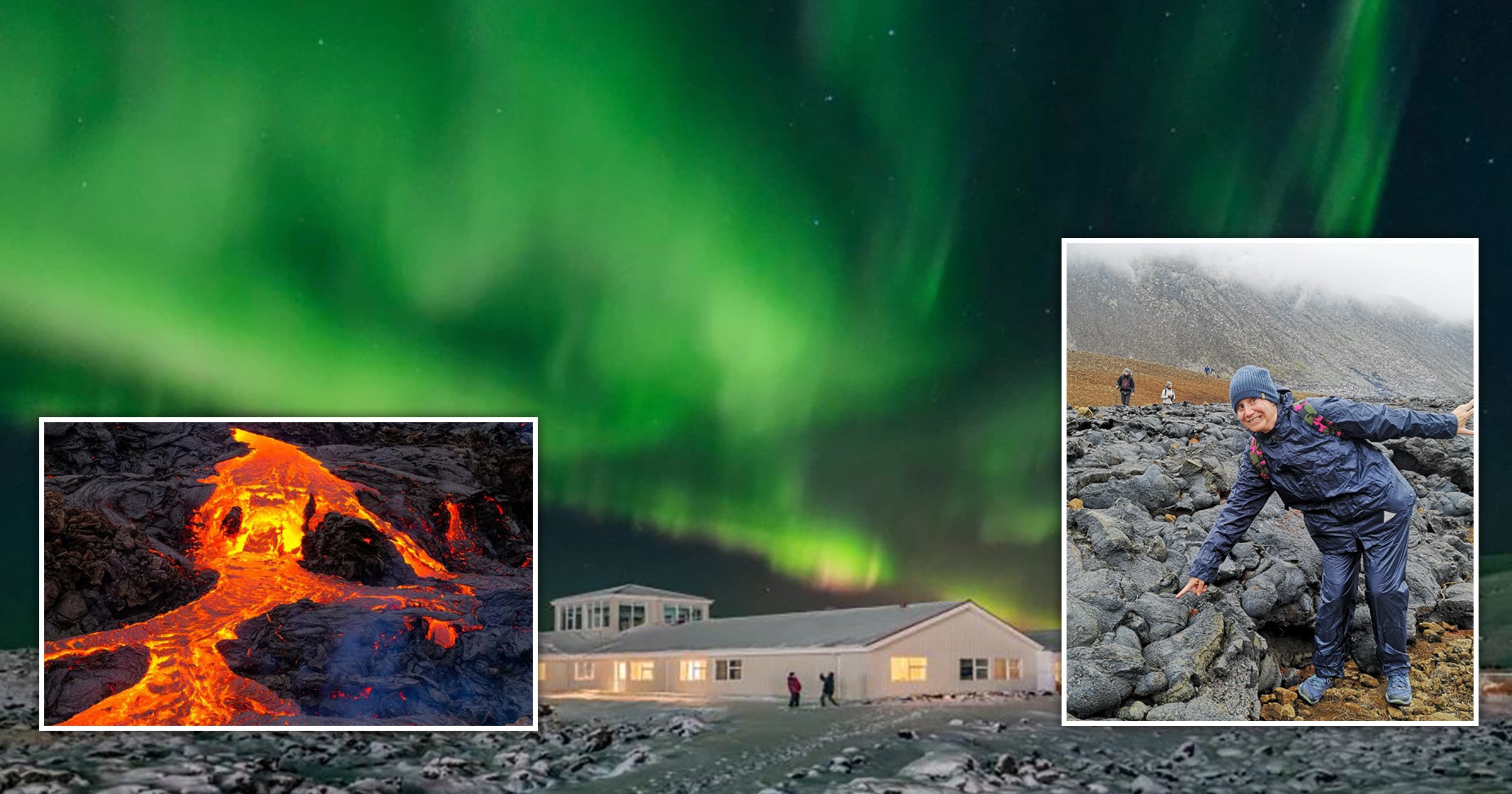 It’s barely 9am on a weekday but already the car park just off route 427, which snakes along the coast of the Reykjanes peninsula in south-western Iceland, is filling up.

That’s because it was only on Friday March 19, at around 8.45pm, that a completely new phenomenon announced itself – by shooting tons of lava spectacularly into the sky.

This volcano, located in an area called Geldingadalir, south of Fagradalsfjall mountain (itself a dormant volcano), is the first to erupt here for over 800 years. Did anyone know this was going to happen?

‘We have several volcanic systems in Iceland, of which Fagradalsfjall is one,’ says my enthusiastic guide, geologist Siggi Bjorgvinsson from Southcoast Adventures (day tour £558 for up to 12 people/£46pp).

‘We always know they will erupt again – it’s just a matter of when. There had been no movement here for 7,000 years but plate tectonics [shifts in the earth that open up cracks to release built-up pressure] could have been going on for some time. And six weeks before the eruption, quite strong seismic activity was recorded so we knew something was going on.’

Seismic activity is nothing new in Iceland – up to 100 earthquakes happen every single day, though most are barely noticeable. But these ones were big enough to warn the residents of small fishing village Grindavik, the closest inhabited place to the volcano, that something was afoot.

‘That night I was sitting at home having a beer,’ recalls Siggi, ‘and my Facebook group of fellow geology geeks suddenly started, well, erupting with activity. Someone set up a call and just yelled, “It’s begun!” You could see the red-yellow flare in the sky all the way from Reykjavik [over 30 miles away]. Annoyingly, I couldn’t get there straight away as I had to work the next day but I’ve made up for it since – today will be my 16th visit.’

I bombard Siggi with questions and learn that because the lava was initially so thick and sticky, like treacle, you’d have been able to outpace it, but that now it’s more liquid – well, not so much.

It comes out at around 1,300C and burns its way through everything in its path. Already it’s spread its way across the valley floor, creating what’s known as a lava field, and today we’re aiming to see the newest section, which flowed down only a couple of weeks ago, and walk up the side of a hill to peer into the craters.

Siggi sees my apprehension and laughs: ‘Don’t worry, we call this a tourist eruption, as it’s not dangerous – although initially it released some toxic gases – it doesn’t move that fast and there’s no ash fall.’

Iceland’s last major eruption, Eyjafjallajökull, in 2010, shut down most of European airspace thanks to the sheer volume of ash it spewed out into the atmosphere.

As we prepare to hike to the top, I can smell sulphur and see plumes of smoke at the edges of the lava field, a sign it’s still moving and destroying grass and vegetation in its way. Before we reach the top, thick fog descends.

‘Here, we say that if you don’t like the weather, there’ll be more along in five minutes,’ jokes Siggi but, sadly, the fog is here to stay and my dream of staring into a fiery hellscape today is foiled.

While you’re in Iceland don’t miss these geothermal hotspots

Thermal water heated by the earth’s core feeds into Iceland’s Sky Lagoon. Unlike its well-known sister, the Blue Lagoon, this spa resort is completely man-made. From £40pp.

There’s bubble trouble at the geothermal area of Seltún, also on the Reykjanes peninsula. A series of scorching, muddy pools, the water here reaches over 100C and is toxic.

The nearby Gunnuhver geothermal area has scalding hot steam gushing furiously out of vents in the ground, looking like dragon’s breath, and milky blue pools of water bubble nearby.

We make our way back to the lava field, which has mostly cooled down to the barely more temperate 300C. At its very edges, however, the hardened black basalt is touchable, and I even walk on it, marvelling at the fact it’s now become an immutable part of Iceland’s landscape.

Siggi tells me further eruptions could go on for the next few decades or it could all stop next week. My advice? Go now and get it while it’s hot.

Discover The World has three nights including car rental, accommodation
at Northern Lights Inn and Hotel Klettur, and a full-day Reykjanes peninsula and volcano tour from £568; flights from London to Reyjavik from £140 return, icelandair.com

Iceland is currently on the green list. Always check entry and departure requirements.