ALL roads lead to Wembley for Italy and their coach Roberto Mancini on Sunday.

But the deeply superstitious former Manchester City manager will probably want to take the same route he always used. 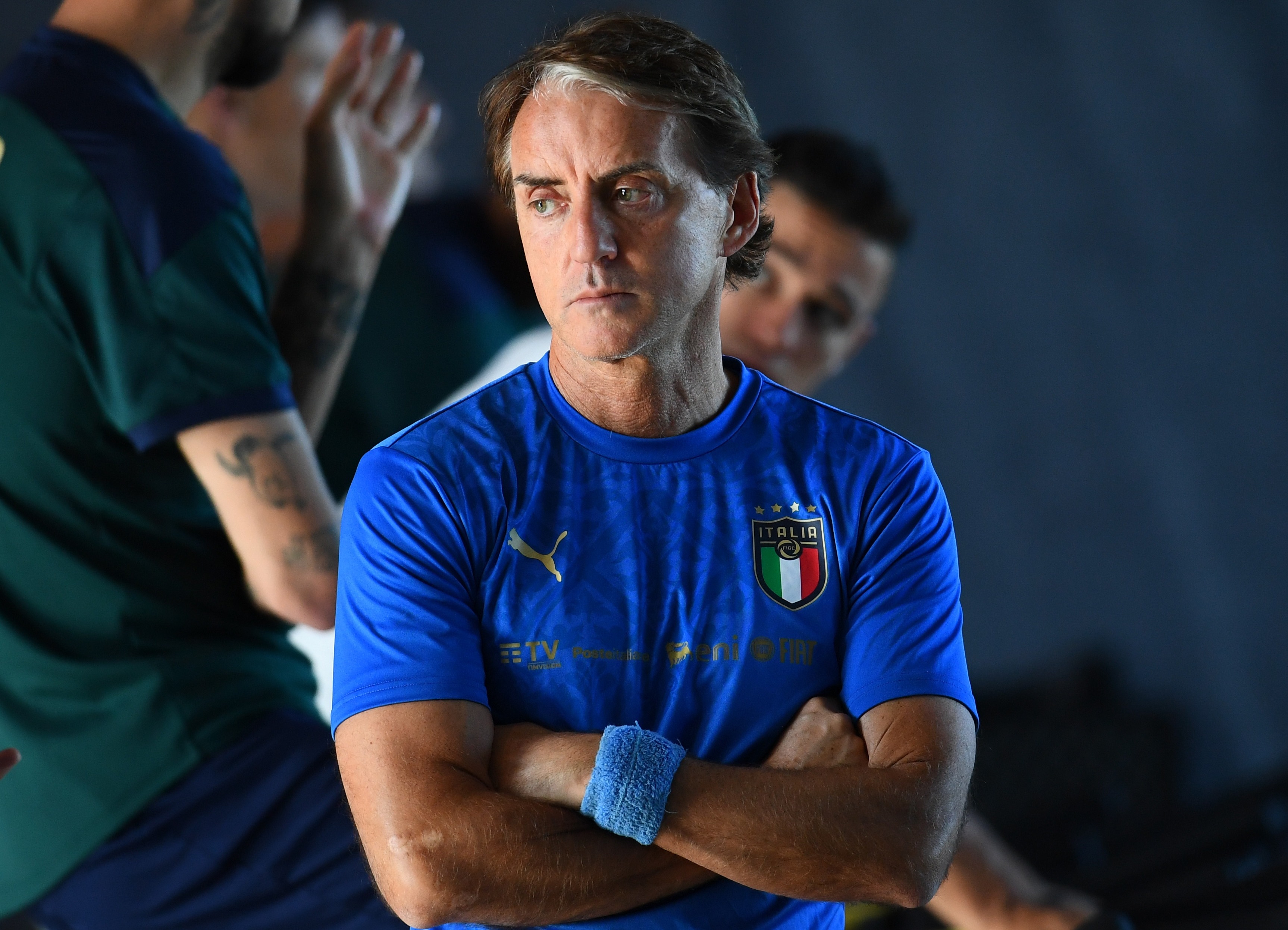 Even if that means ignoring the police advice — and arriving late at the famous London venue.

That was the case when he ended City’s long wait for a trophy back in 2011 with an FA Cup final victory over Stoke.

Mancini insisted the team coach must take the same directions from their Hertfordshire base to Wembley as they had for the semi-final triumph over Manchester United.

He was told it was not possible this time as the police escort would not allow it.

So the angry Italian instructed his bus driver to break away from the cops en route — and go the tried and trusted way instead — only to run into heavy traffic.

City’s players began to worry as the minutes ticked by and they arrived with only an hour to spare — and the squad missed out on seeing their families before kick-off.

Those who worked with Mancini at the Etihad got used to his irrational superstitions during his stormy three and a half years in charge.

The former Sampdoria man would insist on arriving at games at Anfield or Goodison with less than an hour until kick-off — despite pleas from his players to give them more time. 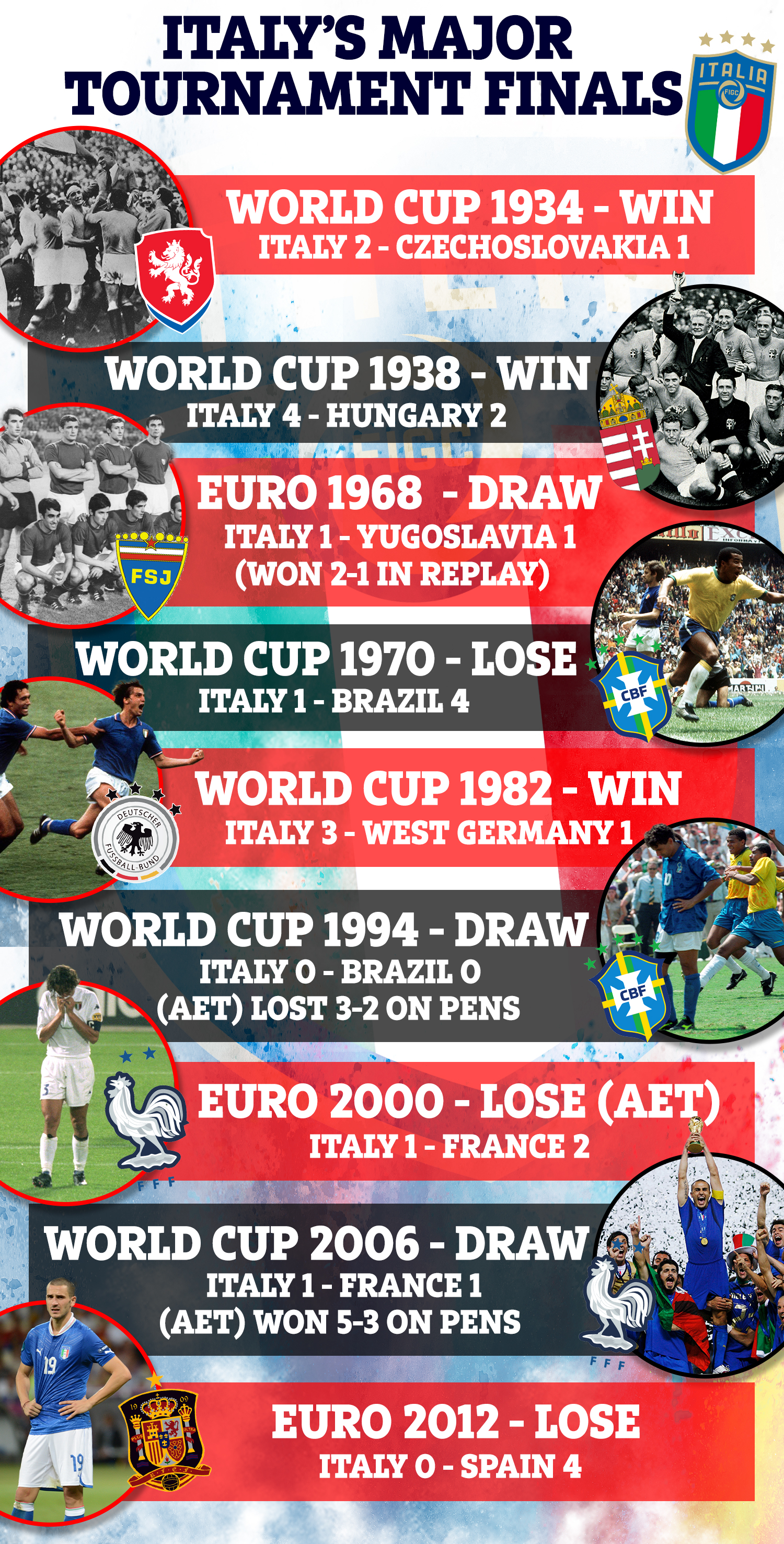 He famously banned the colour PURPLE around the training ground because he believed it was unlucky and would affect their performance.

One club source said: “We’d just had new tracksuits and polo shirts in purple and we lost in the first game they were worn — so that made his mind up.

“Tens of thousands of pounds worth of gear went down the drain and the kit men had to source something else.”

Mancini would often call team meetings for strange times such as 10.59 or 11.02 if it had worked in the past — and players who were a minute late would be fined.

Or what about the time when he was adamant his players should eat meatballs on their flight home from a Champions League defeat at the Bernabeu?

The post-match meal had worked well following their previous European away day — so Mancini insisted that should be on the menu again this time.

The airline would not allow it so Mancini asked his operations team to look into loading a giant pan of meatballs onto the plane.

When he was told that was not possible, he even asked if the players could take their own individual portions through the security scanners before boarding.

On another occasion he left former Liverpool boss Kenny Dalglish scratching his head in his office after a game.

When a glass of wine was knocked over, Mancini dashed across and pressed two fingers into the spillage before dabbing it behind both of his ears. 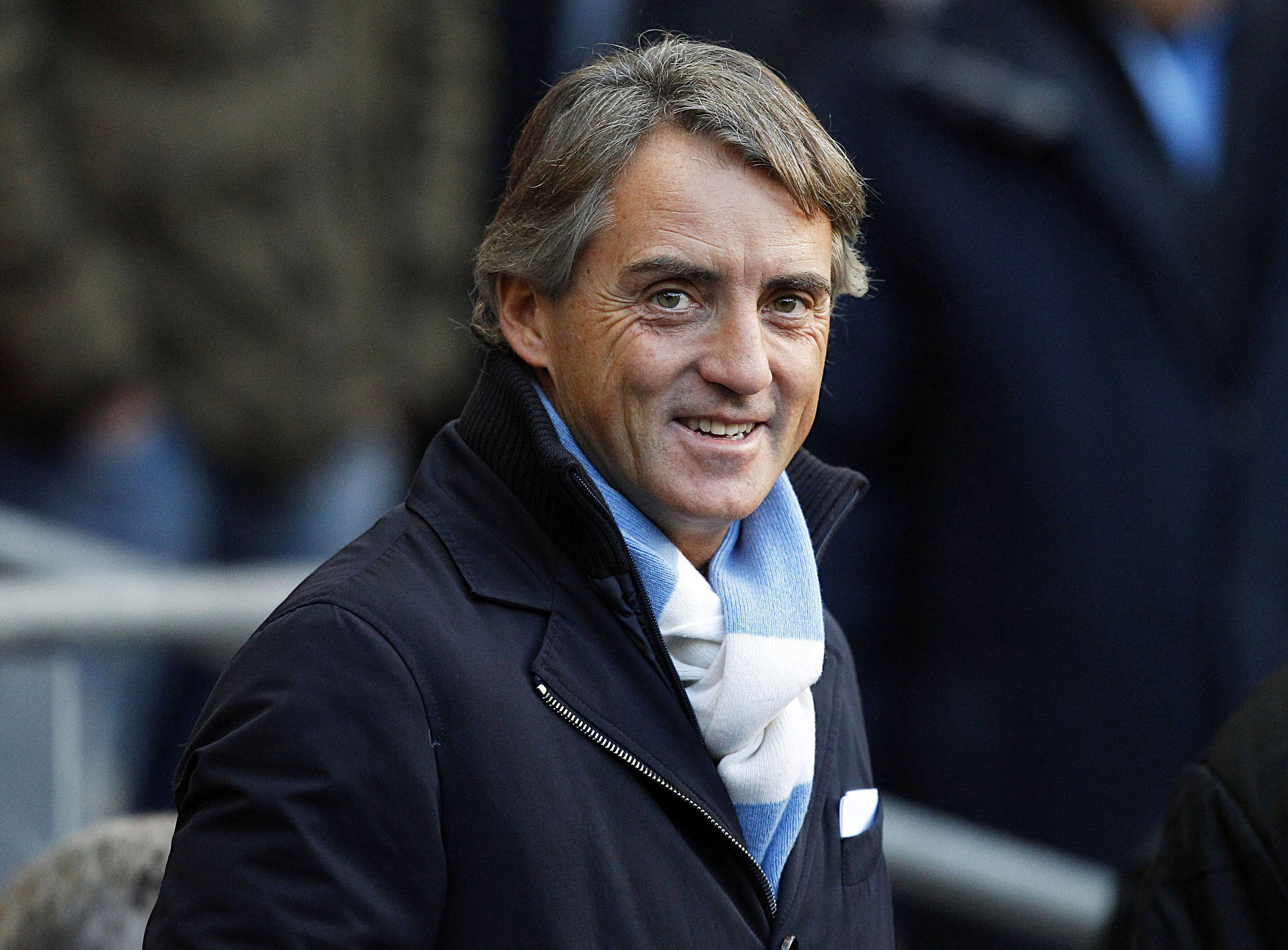 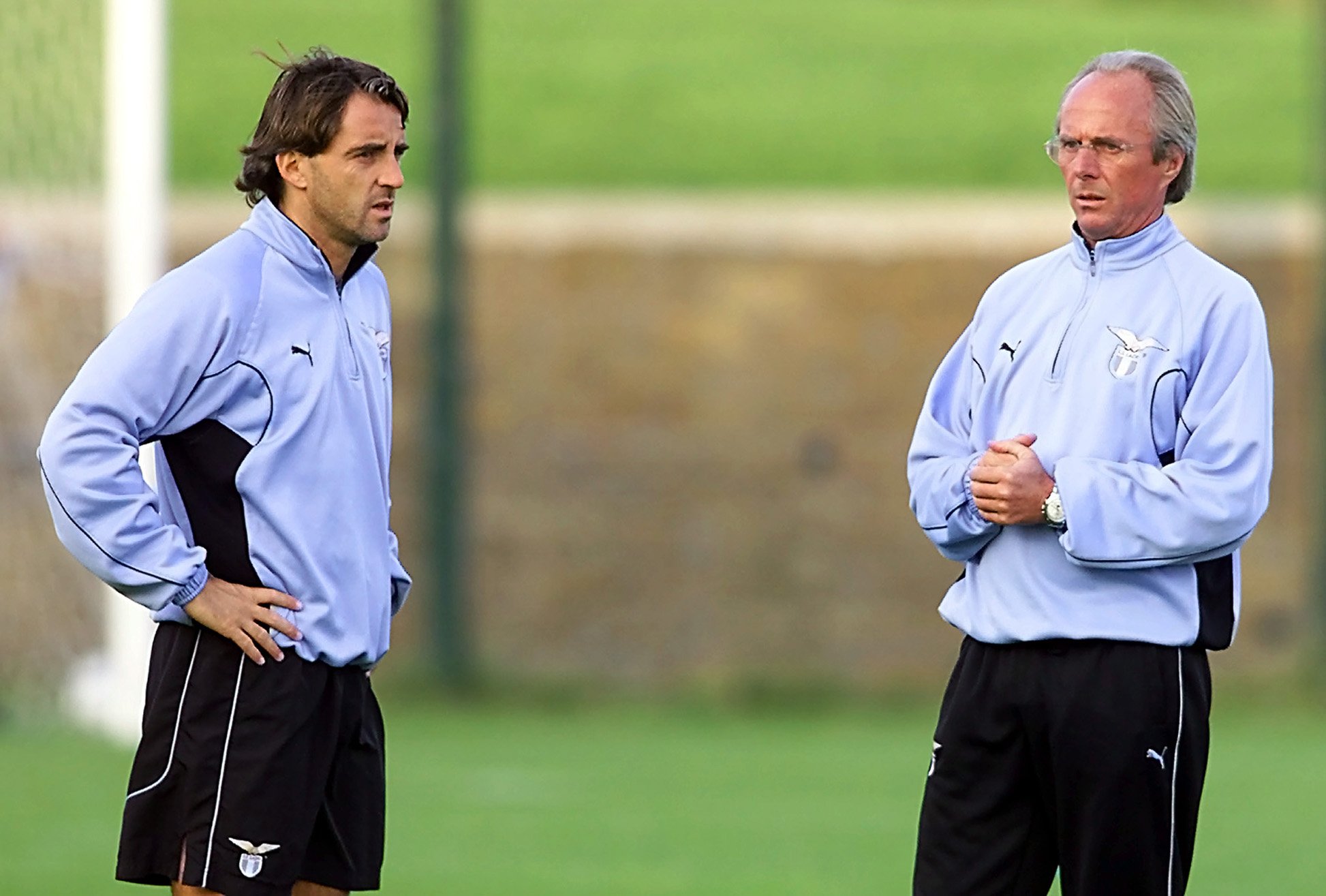 The fact that no explanation was offered only added to the confusion.

As a good Catholic boy he would always try to attend mass, no matter where they were playing — and carried an angel with broken wings around with him.

The source said: “There were so many superstitions that he had and there was a lot of head-scratching and raised eyebrows at the time.

“He was quite eccentric looking back and that would have contributed to the way things unravelled in his final year in charge.”

The 56-year-old’s dapper look on the touchline has been widely admired throughout the Euros — yet that has not happened by accident.

During his days in Manchester, his weekly appointment to get his nails done was sacrosanct — even if it meant missing a key team meeting.

And after the disastrous FA Cup final defeat to Wigan in 2013 — in what proved to be his last game in charge — he returned to the tunnel soaking after a huge downpour.

Yet instead of fretting over his future or what had gone wrong, he ordered one of his backroom staff to go and get him a hair-dryer immediately. 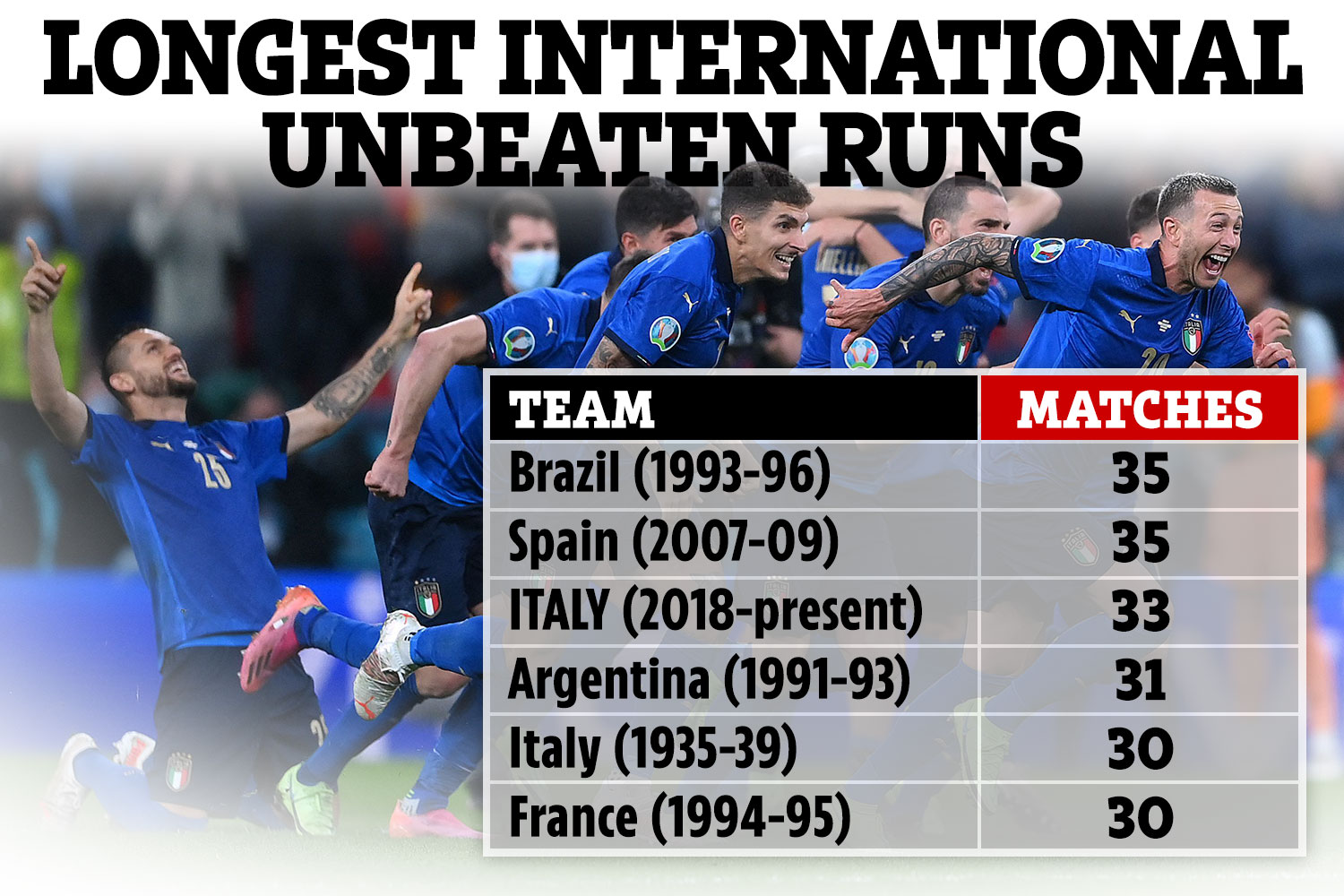 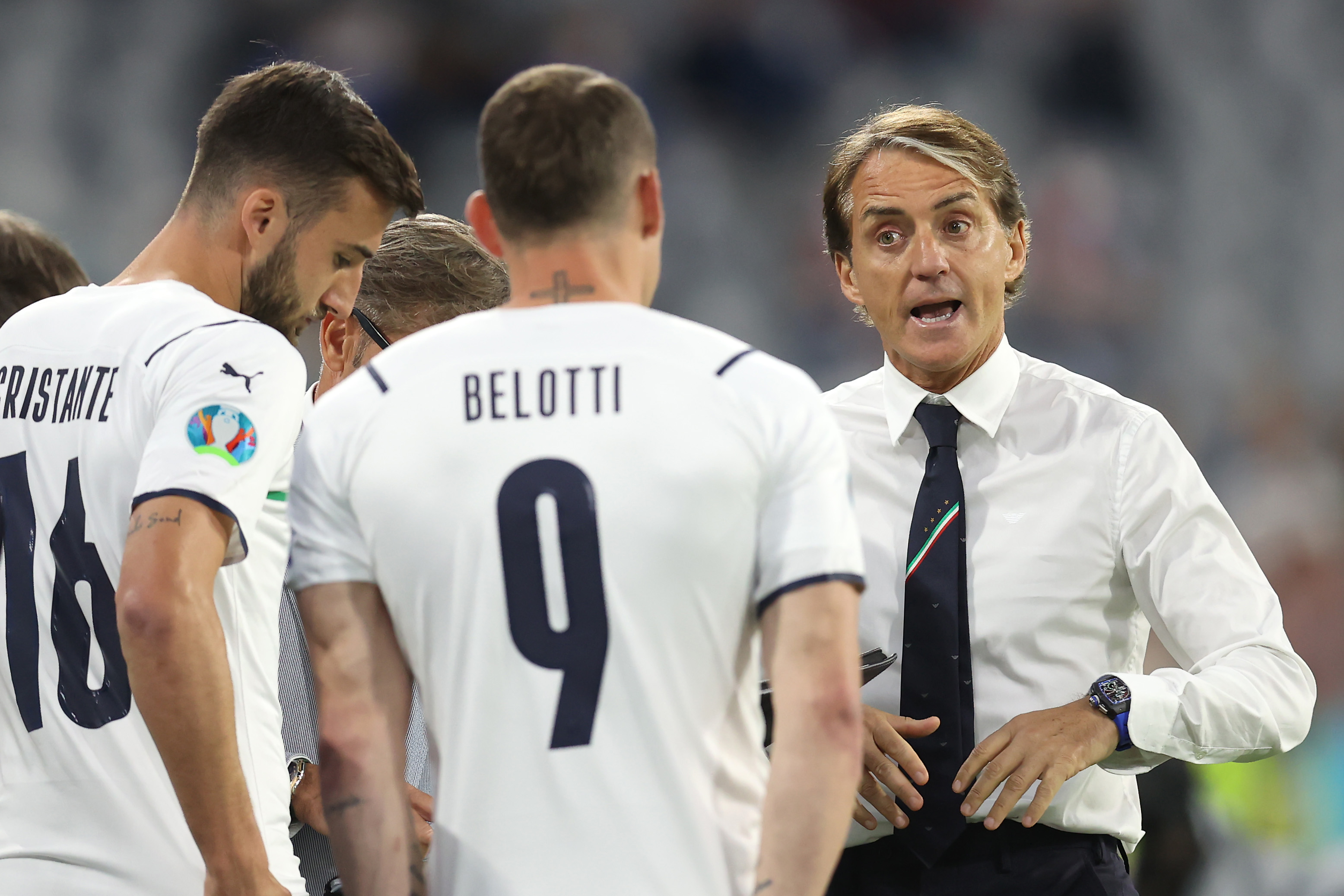 Not for his locks though — it was to blow dry his designer coat, which had taken a battering from the elements.

That hair-dryer went everywhere during his City reign and so, too, a white bath towel — as he insisted on a white one when he stepped out of the shower.

Mancini was, and still is, revered by City fans for ending their 35-year wait for a trophy and then leading them to the Premier League in such dramatic fashion in 2012.

Yet his relationship with his players crumbled during a fraught final 12 months in charge.

Unlike many managers, he would insist on criticising his players in public — while barely saying anything in the dressing room — with former England keeper Joe Hart often the scapegoat.

After one dismal 3-1 defeat at Southampton, he did not say a word to his squad after they came off the pitch at St Mary’s.

German defender Jerome Boateng was ordered back to the club within hours of returning to his homeland to see his wife give birth to twins.

He arrived back in time to be named on the bench for a Europa League tie — but was never brought on during the game.

Yet the media loved Mancini’s press conferences — generally because he always gave a good sound-bite and did not mind who he upset.

But also for his sense of fun — agreeing to wear a Red Nose throughout one media session to show his support for Comic Relief.

On another occasion he turned up wearing a David Platt mask as he had asked his assistant to fill in at a couple of recent press engagements.

England fans everywhere will be hoping the mask slips on Sunday.