Sir Elton John and Bernie Taupin were never a couple, but Bernie once said the pair had a ‘non-sexual love affair’ for the best part of 50 years. While Elton brought the musical brains, Bernie had the poetic abilities to start a fantastic working relationship. There were, however, a few years when the pair were not working alongside each other.

Sir Elton John and Bernie Taupin were not friends from childhood and met by chance through an advertisement.

Liberty Records, a label of the 1960s, released an advert seeking songwriters.

Both songwriters responded, but it did not look likely they could make things work alone, as both of them had issues with their writing.

For Sir Elton, lyrics were not his thing, while Bernie struggled to write melodies. 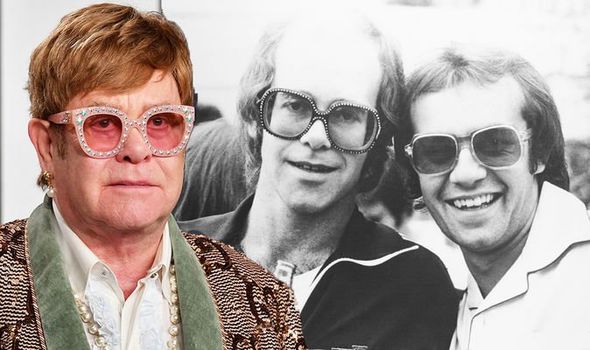 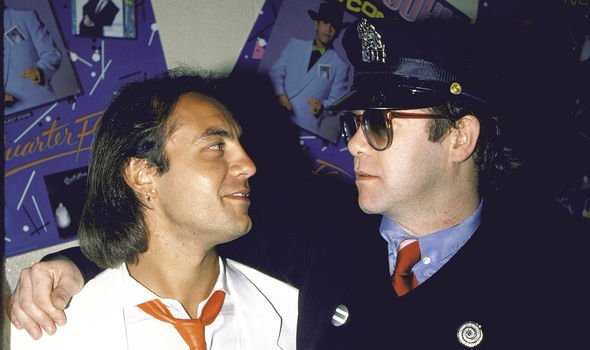 In the end, it was when Sir Elton was given an envelope of Bernie’s poems that their musical partnership began, as they brought together their talents to write beautiful music.

Bernie told TIME magazine of their early songwriting days: “When we started it out it was really just me and him.

“It was very much a sort of stream-of-consciousness. I would write whatever I felt, and he would jerry-rig it into a song.”

When they started out, they slept at Elton’s mother’s flat, but soon their luck began to change.

Sir Elton’s music began to be heard by important people, and despite starting out as the piano player and songwriter, he was soon thrust into being the frontman. 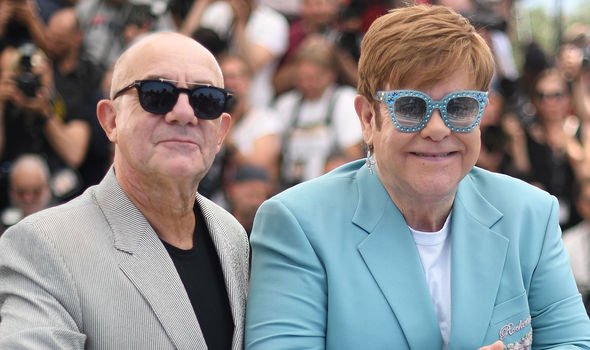 While he and Bernie continued to write together for a long time, it was not all plain sailing.

Bernie said: “He knew that there were certain elements of his stage persona that I didn’t think were necessary.

“There’s no secret that the reason he became that outlandish character is simply because it was rebelling against a childhood and a very domineering father who wouldn’t let him even wear Hush Puppies. 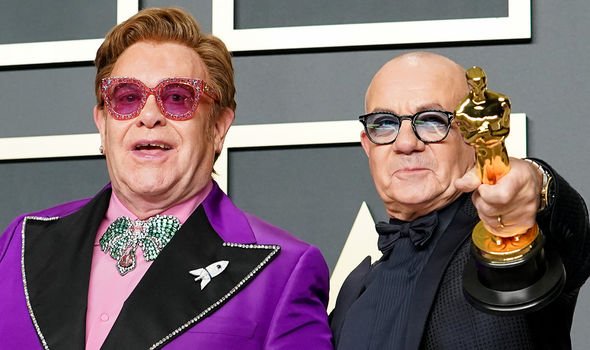 “I could definitely sympathise with that. I just thought there were times—wearing a Donald Duck suit in Central Park—where it sort of went over the top.”

While the Elton biopic Rocketman shows him and Bernie falling out, Elton has said this was never the case, despite them taking a break in the mid-1970s from their working relationship.

According to both Bernie and Elton, their two-year break was due to their intensive working relationship, rather than any acrimonious fallings-out, but they came back together by 1976.

Sir Elton told The Observer: “We’ve had arguments – you don’t want to get him started on the subject of some of my more outlandish stage costumes, or indeed the subject of Don’t Go Breaking My Heart, a song he’s loathed from the minute it was finished and continues to loathe to this day – but we’ve never fallen out, despite all the ridiculous crap we’ve been through.

“Outside of my husband and children, it’s the most important relationship in my life, we really love each other and the film captures that.

“There’s a scene in Rocketman where he comes to visit me in rehab, and that started me sobbing again. It happened just the same way in real life.

“Bernie was one of the people who tried to tell me to stop doing drugs.

“I wouldn’t listen until years later, but he stuck by me, he never gave up on me, and he was so relieved and happy when I finally got help.”

Together they have won Grammys, an Oscar and Bernie has even won a Golden Globe for work outside of his lyric-writing with Elton.

They were also inducted into the Songwriters Hall of Fame together in 1992.