A High Court decision striking down a key plank of the federal government’s citizenship-stripping powers could pave the way for a small number of dual nationals accused of terrorist activities to appeal against the cancellation of their Australian status under older laws.

In a landmark ruling on Wednesday, the High Court found revoking the citizenship of suspected Islamic State member Delil Alexander in 2021 was unlawful because the section of the Australian Citizenship Act 2007 it relied upon was unconstitutional. 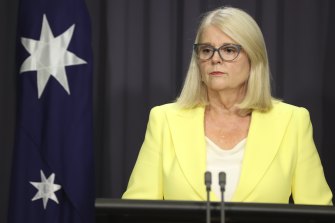 Constitutional expert Dr Sangeetha Pillai said the High Court ruling would affect only people whose citizenship was revoked under section 36B of the act – Alexander and one other individual whom authorities have not named. Their citizenship has been restored as a result of the ruling.

However, Pillai said this provision was inserted into the act as an amendment in 2020 and it was likely other people who had their citizenship stripped under an older provision would also succeed if they lodged a High Court appeal. The older provision automatically revoked the citizenship of anyone engaged in terrorism.

“The main problem with section 36B was that, like six judges of the court said, it gave power to the executive that could only be exercised by a court, and the other provision by doing it automatically does the same thing,” she said.

Pillai said about 20 other Australians had lost their citizenship under the act.

“It’s not hundreds or thousands, it’s still a relatively small number of people, so I would avoid encouraging any suggestion in the press that it’s going to be 500 foreign fighters coming,” she said. “They might not necessarily want to come back.”

Pillai said if such a challenge succeeded, so-called “ISIS brides” in refugee camps overseas who had had their citizenship revoked could have it reinstated and their children could become Australian citizens by descent.

Professor George Williams, a constitutional expert at UNSW, agreed the ruling created “further opportunities” for legal challenges but only for “small numbers” of people and noted the government had other tools such as temporary exclusion orders to stop them from entering Australia.

“This [law] was of very minor relevance to protecting the community and it was always much more about political signalling,” he said.

Alexander, a dual Australian-Turkish citizen, flew to Turkey in 2013 before travelling to Syria, where authorities believe he remains in jail. In July 2021, then-home affairs minister Karen Andrews used her discretionary power under section 36B to cancel Alexander’s citizenship, determining that he had engaged in foreign incursions while outside Australia and repudiated his allegiance to Australia.

The facts before the court state that Andrews’ decision was based in part on a security assessment by the Australian Security Intelligence Organisation that found he had “likely travelled to Syria in early to mid-2013, and had joined the Islamic State of Iraq and the Levant”.

But a majority of the court found the provision was unconstitutional because it gave the executive powers exercisable only by a court.

“For an Australian citizen, his or her citizenship is an assurance that, subject only to the operation of the criminal law administered by the courts, he or she is entitled to be at liberty in this country and to return to it as a safe haven in need,” Chief Justice Susan Kiefel and justices Patrick Keane and Jacqueline Gleeson said in a joint decision.

In a statement, Attorney-General Mark Dreyfus and Home Affairs Minister Clare O’Neil said they were assessing the ruling but there was “no threat” to Australia.

“The government will examine the judgment and its implications in detail,” the statement said.

“The Australian government has a range of measures available to manage the risk posed to Australians by individuals offshore, including the temporary exclusion order regime, which can prohibit an individual returning to Australia for up to two years.”

Opposition Leader Peter Dutton said the government needed to review the matter urgently, telling 2GB radio the “threat of terrorism hasn’t gone away”. He said the opposition would support bringing forward the first sitting of the new parliament, scheduled for July 26, if immediate legislation was required.

The Law Council of Australia, which raised concerns about the provisions in a parliamentary inquiry in 2015, said it had recommended at the time that significant amendments be made to ensure that loss of citizenship occur only after a person was convicted of a terrorism-related offence by a court.

“The Law Council further recommended that the minister’s decision must be subject to the ordinary rules of procedural fairness and should be subject to statutory judicial review rights,” president Tass Liveris said.

Alexander was jailed by a Syrian court for 15 years in 2019, but later pardoned by the Syrian government, the court judgment says. He remains in detention because he cannot be released into the Syrian community nor repatriated to Turkey or Australia. His family and lawyers have been unable to contact him since July 15, 2021.