Tensions rose between iconic rappers Kanye West and Drake on August 26, when fans decided to vandalize West’s childhood home replica. The 21-time Grammy award-winning artist developed a replica of his childhood home in conjunction with his final DONDA listening party in Chicago. Following the close of his show, Drake fans left messages for West, as they covered the home replica with targeted messages in support of Drake’s new album Certified Lover Boy over West’s DONDA.

At West’s final listening party, which he held at Soldier Field in Chicago, he initially planned to use his childhood home as the center stage. Yet he was denied permission to do so.

According to Chicago Sun-Times, a representative from the city’s building department commented: “Moving a home in Chicago is a very technical process that requires structural engineer reports and multiple city permits. The request to move the house at 7815 S. South Shore Dr. was denied last week because no permit application had been received to excavate and move the vacant property which is also in Demolition Court.”

But with the rapper’s “where there’s a will there’s a way” mentality, he didn’t take no for an answer and built a replica of his childhood home, which served as the main attraction throughout his listening event.

Though the news of the two rappers at odds is not new, in the past they’ve managed to keep their beef in the music and away from their fans. Yet that balance may have fallen through.

Right after West launched his third listening party in his hometown, which shockingly ended with the appearance of his ex-wife Kim Kardashian West, things went left. Drake supporters shared their thoughts about the release of DONDA by vandalizing the home replica.

According to Complex, signs on white poster board and written in black lettering were left outside the home replica. There were three signs that directly referenced the Toronto rapper.

One read: “CLB coming soon,” warning Drake’s album was approaching. Another read: “F— Justin LaBoy,” a social media personality who was updating fans on West’s new album DONDA. And the last read: “45 44 Burnt Out,” which is a lyric Drake rapped in a recent song titled “Betrayal” on the rapper Trippie Redd’s latest album. 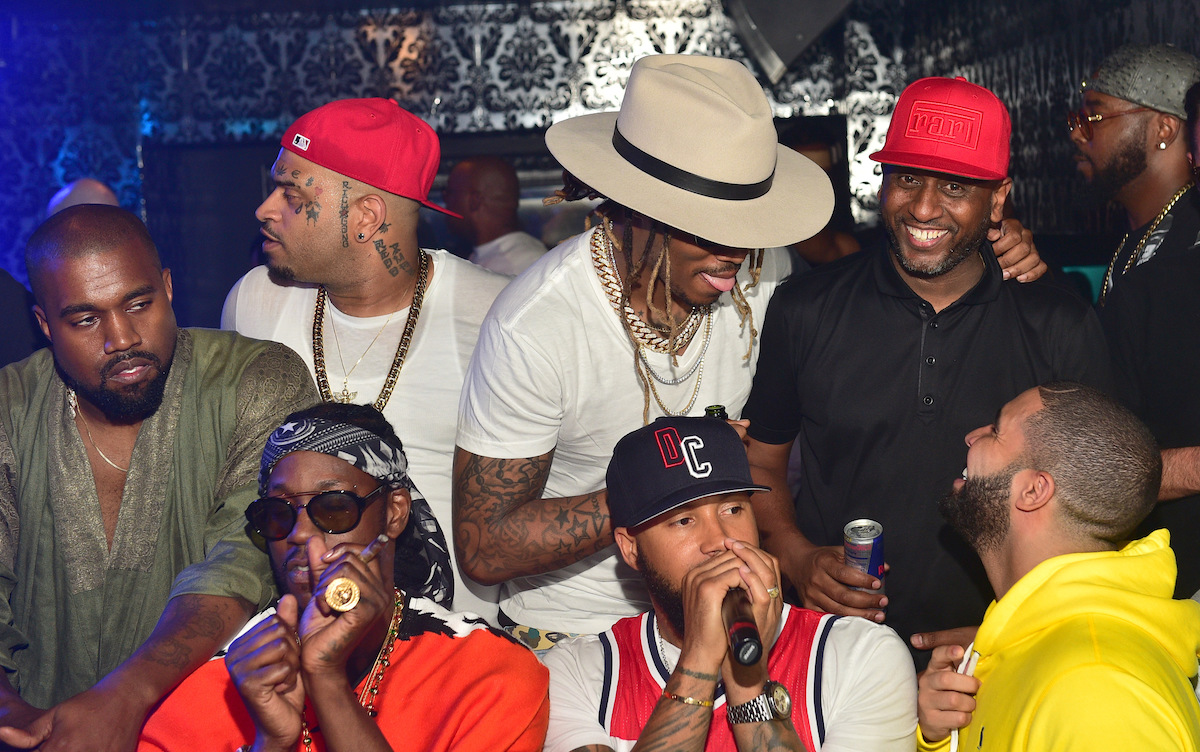 The infamous feud dates back to 2007 but more recently blew up three years ago when West allegedly got involved in Drake and New York rapper, Pusha T’s beef.

Since 2011, Pusha T and Drake have exchanged direct insults on various projects, yet the hostility rapidly grew when Pusha T revealed that Drake had a son, Adonis Graham, before the Toronto rapper announced it to the world. At first, fans were confused by where the New York rapper could’ve accessed such information but then assumed West told him right after West and Drake fell out.

Although these theories are not confirmed, since that moment, the two have publicly been at each other’s neck. Now 10 years later in 2021, West and Drake both have made a groundbreaking stance in the rap arena by simultaneously dropping studio albums within the same week.

Tags: celebrity, drake, Kanye We, music
You may also like
Celebrities News