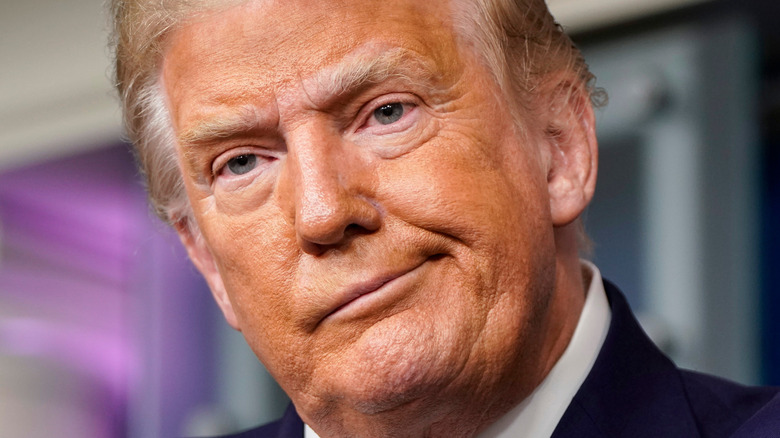 It’s been six months since Donald Trump left office — long enough for 66% of adults to receive one coronavirus shot (via The New York Times), long enough for a record coronavirus stimulus to pass, and long enough for the economy to replace the pandemic as a concern for voters (via Reuters). It’s also been long enough for presidential historians to give an initial assessment as to how Donald Trump ranks against his predecessors, from George Washington to Barack Obama. The verdict, according to C-SPAN’s Presidential Historians survey: Trump came in at 41 out of 44, beating out Franklin Pierce, Andrew Johnson, and James Buchanan, and landing behind William Henry Harrison — who died of pneumonia 32 days after taking office (via The White House). 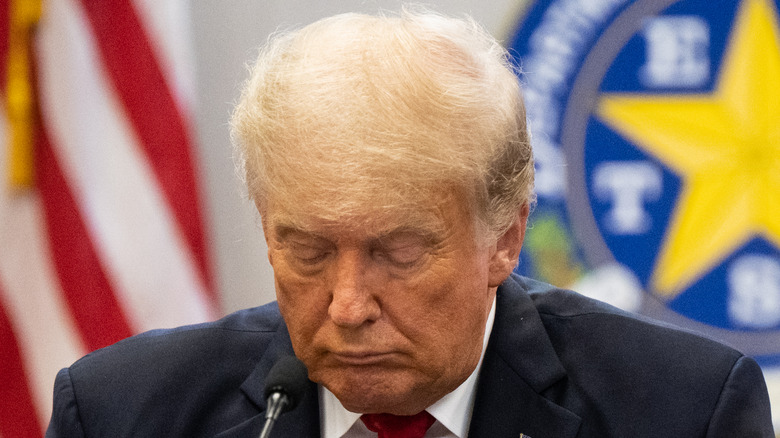 In case you’re wondering how the ranking was reached, Trump took home the worst possible score in two out of 10 possible categories: Moral Authority and Administrative Skills, and the penultimate worst score in International Relations. He scored a bit higher (42 out of 44) in his Relations with Congress, and the same score under the Performance Within Context of Times category. His highest score: Public Persuasion, for which he was ranked 32 (via C-SPAN).

Lest there are those out there who think that the presidential scholars who were surveyed might come with a bias of some kind, it’s important to note that the group is made up of historians who don’t just come from different parts of the country, they come from different parts of the political spectrum as well (via C-SPAN). Two of those who took part in the survey, Colleen Shogan and Michael K. Fauntroy, both took to social media, calling the results “interesting” (Shogan) and a “good insight” (Fauntroy).

Social media has weighed in on the results of the survey

As always, social media was quick to weigh in on the survey’s results. Washington Post columnist and historian Max Boot (who did not take part in the exercise) weighed in via Twitter, saying, “The new presidential historians’ survey is out from C-SPAN. Generally makes sense but a few quibbles: JFK is ranked too high (at #8), George H.W. Bush is ranked too low (at #21), and Trump is ranked too high (he’s the 4th worst).”

Other armchair historians had different views about what the order should have been. A Lyndon Johnson fan asked: “No LBJ? I’m a Republican but LBJ did more legislation in this country than 98% of presidents.”

Another lashed out at the decision that put Barack Obama in the top ten, saying: “Obama should never be on any top 10 list unless it’s about self-aggrandizement, disingenuousness, narcissism, sanctimoniousness, lying and decrepitude.”

Tags: Donald, on, Ranking, the, Trump’s
You may also like
Celebrities News