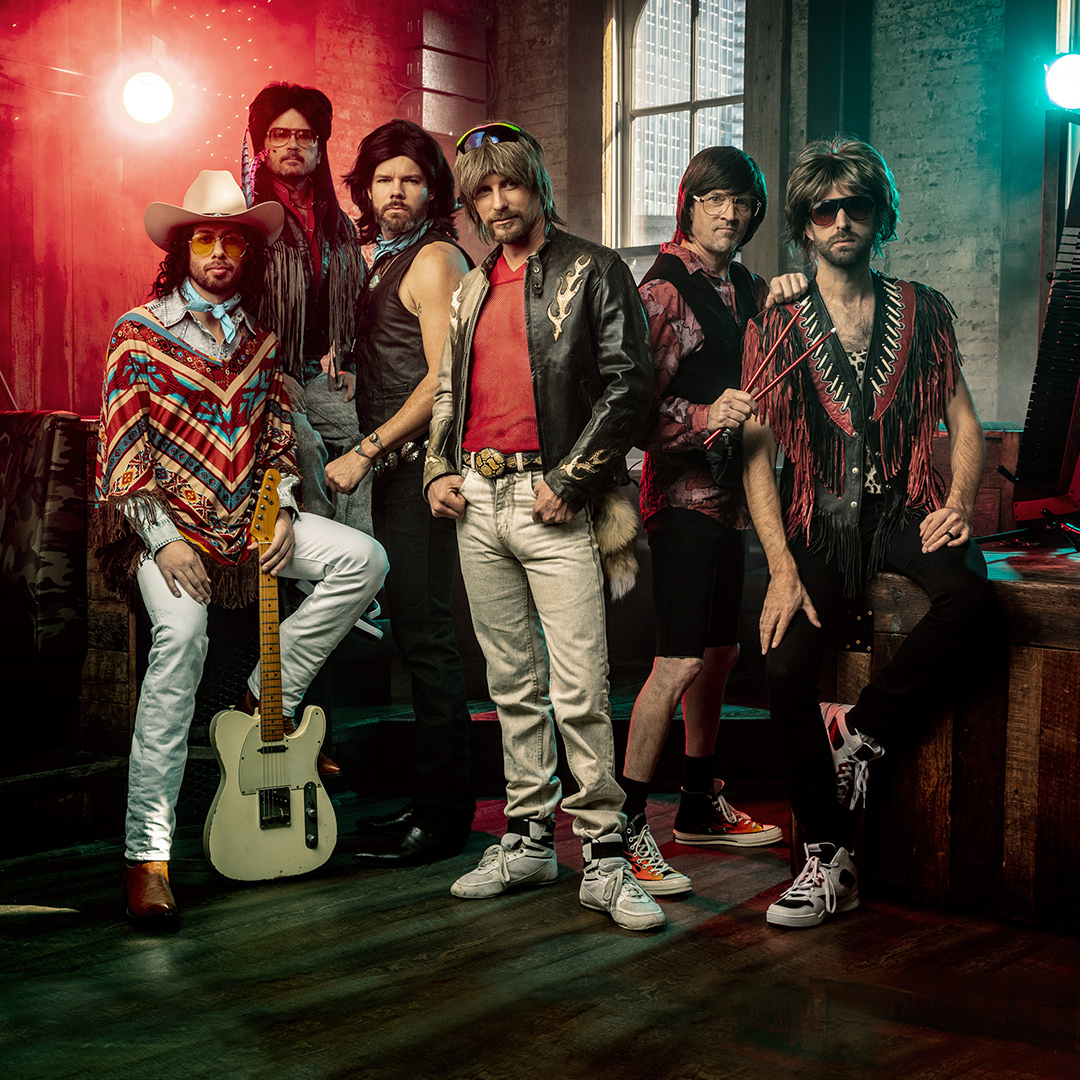 After making more than a few appearances on Dierks’ tours over the years, the “top selling ‘90s cover band in the history of the world” is ready to take a giant step. Oh yes, they’re preparing for a massive tour and the release of a brand-new album titled The K Is Silent.

“It has been a big year for them. They’ve kind of been following us around the past couple of years and I can’t get rid of them. They’re like a stray dog that always sticks around. I decided to lean in and make an album with these guys and give them a chance to break out of their little bubble,” Dierks shared with E! News exclusively before the track list and album cover reveal. “It’s kind of a charity act. I took them on and helped write this record and produce it and it just kind of snowballed.”

Snowballed into a big hit. The band, which includes Dierks’ alter-ego Doug Douglason, already has a hit on their hands thanks to a Travis Tritt collaboration called “Pick Her Up.”

In fact, Saved by the Bell star Tiffani Thiessen appeared in the music video that has already received close to 700,000 views on YouTube.

“Tiffani was a big fan back in the day and when she heard they were getting back together, she asked to play a part in the resurgence of the ‘90s and be in the video. She’s a big fan of Doug. Her and Doug might have had something back in the day but I don’t know. It was nice to have one person on the set that was professional,” Dierks joked. “She kind of helped the Knights get their act together and save the day of the video shoot.”

For those unfamiliar, this is the group who jumps on stage with mullet hairstyles, denim on denim fashion and sunglasses you wouldn’t exactly see at Fashion Week.

“Everyone is trying to grab onto that mullet and ride it for as long as it’s worth,” Dierks shared when talking about the band members. “They’re a lot to deal with and it reminds me why I never want to get in a band. It’s just a lot of shenanigans and having police officers show up at the studio…Hopefully this is their big moment right now.”

Those big moments could happen at the 2020 ACM Awards where Hot Country Knights is rumored to be making an appearance. Soon after, they will hit the road for a tour you have to see to believe. 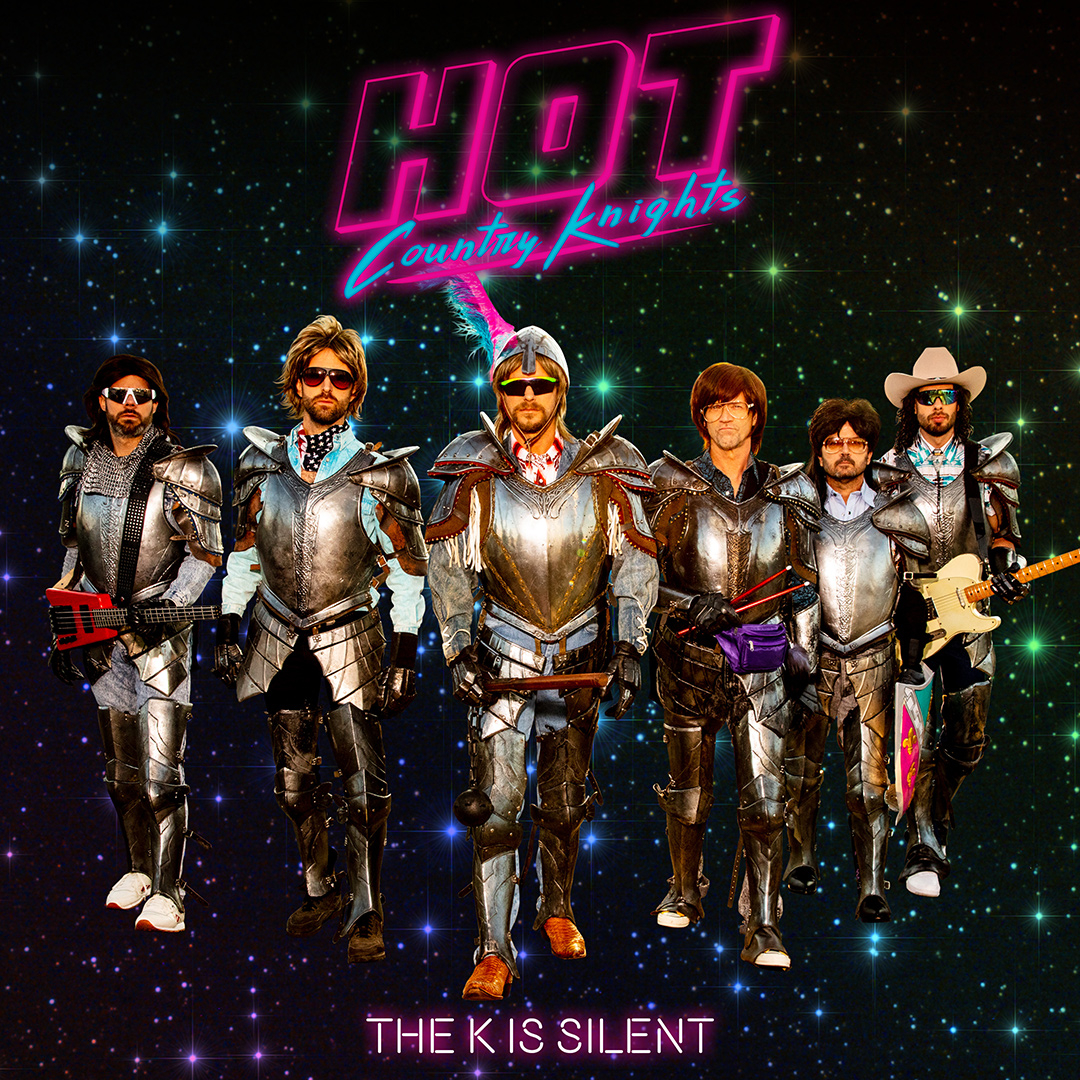 “The show will start probably whatever time it starts and will go well on into the night. Wherever they wind up, hopefully they don’t end up in jail,” Dierks shared. “It’s going to be original songs, cover songs and special guests here and there.”

As much as these guys drive Dierks crazy, it’s safe to say he wouldn’t have it any other way. “Their life kind of reminds me of a Curb Your Enthusiasm episode where something terrible always happens and we see it on stage and they pull those regulars up tight and dust off their boot buckles and get it done for an hour and a half every night. Afterwards you know I turn loose and hope they show up at the next gig but they always have fun and bring the party on stage and I think the album represents that.” 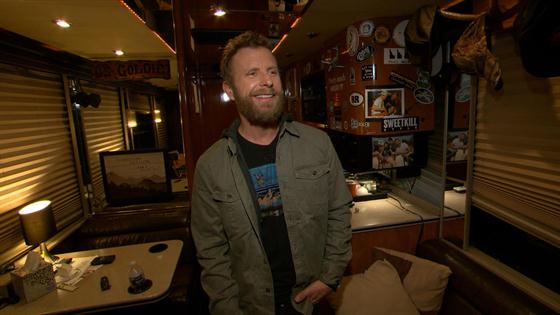 And while Dierks has his hands full with Hot Country Knights, he has an update for fans on new music from him and only him.

The 2020 ACM Awards Male Artist of the Year nominee says he’s taking a break from a headlining tour. In fact, this pause may allow Dierks to be more creative than ever before.

“I have a blank slate and nothing planned. I’m going to go write a few songs but really fall into writing and need to get a theme and some sort of inspiration,” he teased. “Right now, I’m just knee-deep in mullets and viper sunglasses and high-waisted Wranglers and line dancing and stage twirls and thrusts so I gotta get past this particular moment and see what happens.”