Living and learning. Danica Patrick‘s approach to relationships has transformed over the past few years — and it’s all for the better.

The 39-year-old former racing driver opened up about how “knowing yourself” makes for healthier communication between partners, something she’s experienced with her new beau, Carter Comstock, who she joked didn’t have his “work cut out” for him in the early days of their romance.

“It’s more indicative of the work that this person has done before you ever met them,” Patrick told Us Weekly exclusively on Tuesday, September 28, before participating in the 125th Boston Marathon in October. “You know, the idea that you’re going to change someone is a pipe dream. Like, it’s just … someone has to want to change for themselves.” 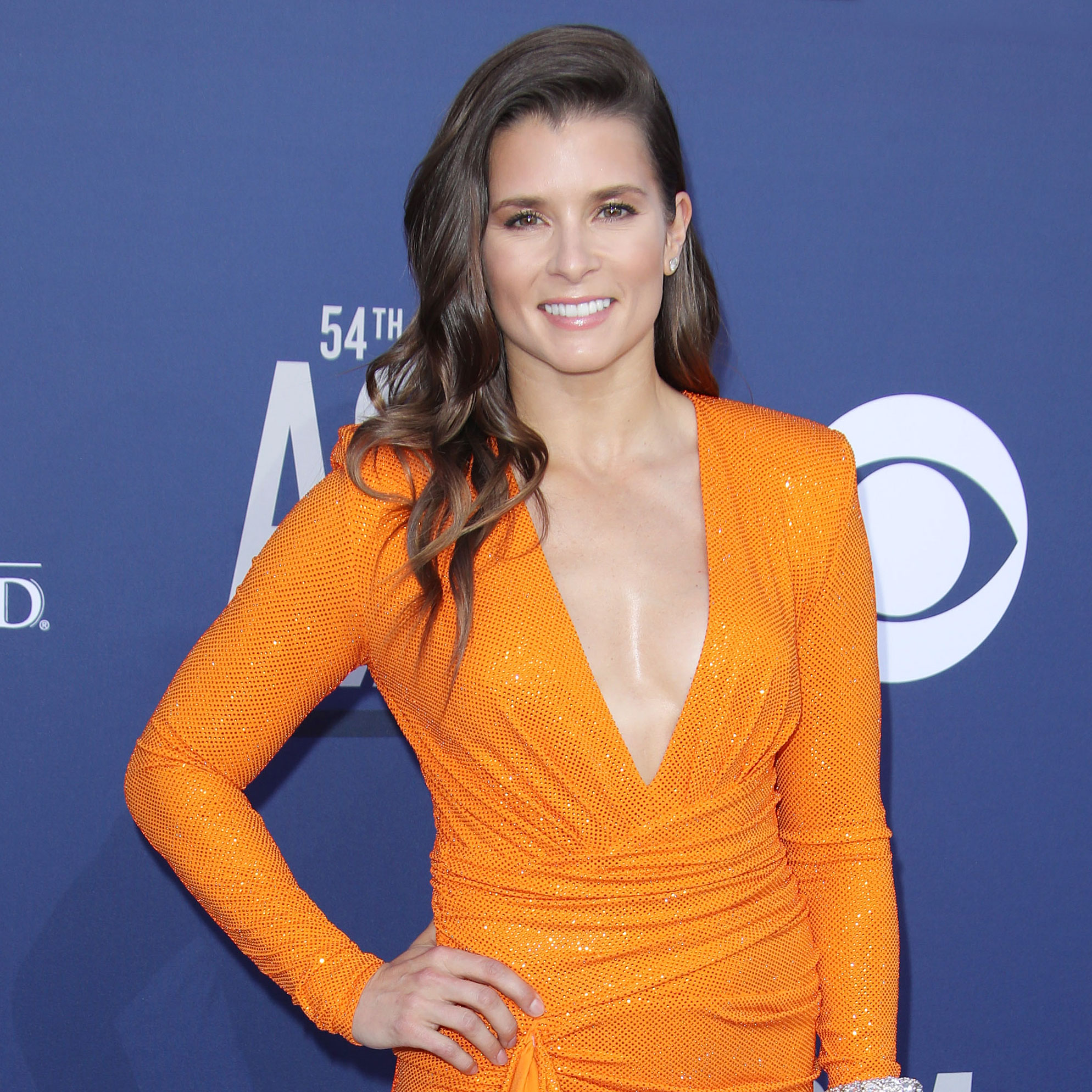 While the Wisconsin native admitted that “relationships are not easy,” she noted that there’s much less pressure when you find “someone [who] has done the work and continues to do it,” and who isn’t afraid to get vulnerable.

“[It’s about] finding someone that has that kind of quality … and that also fits you in so many ways,” the “Pretty Intense” podcast host told Us. “That’s the other part is, you know, you’ve got to like doing everything together.”

Patrick said that she “got really lucky” with Comstock, 31. The pair made their relationship Instagram official in April, less than one year after the former NASCAR competitor split from Aaron Rodgers. Later that month, Patrick told Extra what makes her romance with the entrepreneur work.

“We both love to travel and we’re both super open-minded,” she explained in April. “I had this sort of grand vision for finding someone I could just sit on the couch with and, like, have a glass of wine and just literally come up with any topic at all, simple or complicated. … I just always imagined how great it would be to find someone to sit on the couch and talk with for hours, and that’s just what we do.”

At the time, an insider told Us that the couple were “very happy” together after taking “their relationship slow for four months” until deciding to be exclusive. The twosome are both investors in Beam, a direct-to-consumer wellness brand, and were “set up” by the company’s cofounders, per the source. 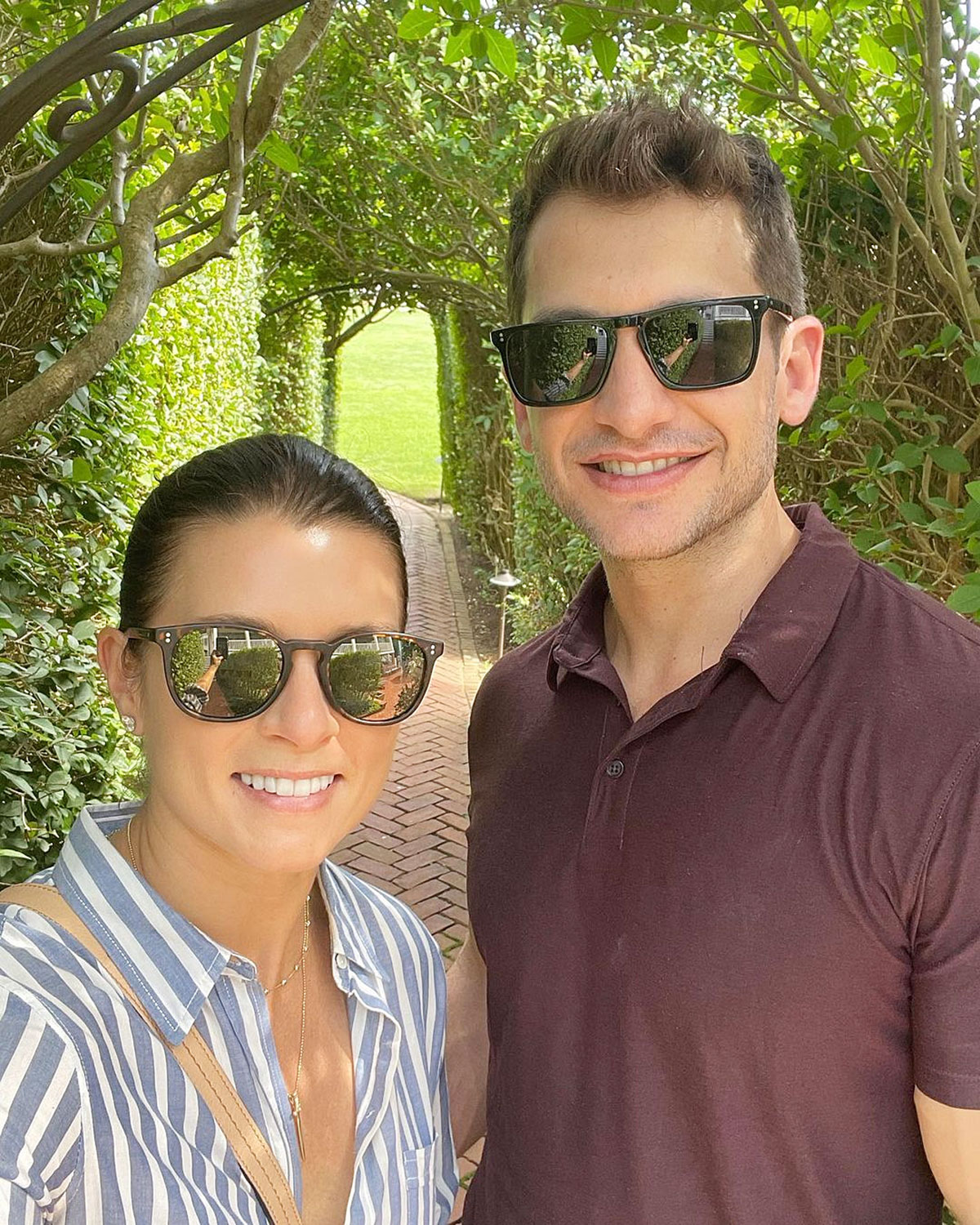 Patrick was previously married to Paul Edward Hospenthal from 2005 to 2013 and later moved on with fellow NASCAR driver Ricky Stenhouse Jr. The athletes split in 2017, one year before she sparked a romance with Rodgers, 37, who’s currently engaged to Shailene Woodley.

Though she’s experienced plenty of bumps along the way, the Charlie’s Angels star never gave up on finding The One — and still sees herself walking down the aisle someday.

“I mean, I love love,” she told Us on Tuesday. “I’ve always said that [and] have always loved love. I love it for other people, too, and … if anyone wants to invite me to a wedding, I’ll go because I love weddings. They’re the best events ever. … I’ve always been someone [who’s] loved love.”

While a wedding might be far off, there’s a not-so-distant goal in her sight. Patrick is getting in shape for the Boston Marathon next month, which she’s running in support of the Light Foundation, an organization that helps young people develop the skills, values and mindset they need to create a meaningful and productive future.

“I think that my competitive nature makes me want to do well, but I don’t think anyone has put any kind of, you know, goal on my shoulders that I need to do,” she told Us. “I think … what’s going to happen is that the energy of the crowd will carry you. … The ultimate goal is to enjoy it because I don’t necessarily have a goal to run more marathons.”

Tags: Chan, Danica, Patrick, why
You may also like
Celebrities News