In this round-up our reviewers critique movies released this week; from a 'big name' feature to independent and foreign films that deserve the spotlight. Which ones are worth the cost of a ticket?

This is not about the battle against the coronavirus or the struggle to get Donald Trump out of the White House. It’s about the coming of electricity, writes reviewer Sandra Hall. Long before AC and DC were co-opted by a pop group, they were the flashpoints in a feud between the 19th century American tycoon George Westinghouse and the inventor Thomas Edison.

According to this account of how it played out, the two men were polar opposites in every way. Edison was lightning in a beaker, while Westinghouse was a slow-burning strategist open to reason and the possibilities of negotiation. They’re played here by Benedict Cumberbatch (Edison) and Michael Shannon (Westinghouse). 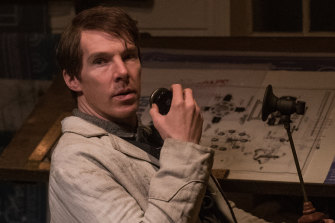 There’s another battle front involving the film itself. Five years ago, Eddie Redmayne was set to star in an adaptation of the best-selling novel The Last Days of Night, by Graham Moore, who wrote the screenplay for The Imitation Game. Redmayne was to play the young lawyer who acted for Westinghouse in the court case that punctuated the two men’s long and complicated tussle over patents. But playwright Michael Mitnick had been mulling over the idea since 2008 and his script for The Current War got there first, despite delays caused by its Weinstein company origins.

It’s a much quieter take on the story than Moore’s, which paints Edison as an unrepentant bully with a relentless talent for self-aggrandisement. Maybe that’s why the film, directed by the Mexican-born Alfonso Gomez-Rejon, has had such a tepid response from international critics who have been unfairly making it sound like the creakiest of museum pieces.

It picks up the narrative shortly before hostilities begin. Edison has just staked his claim as the inventor of electricity by lighting up the night-time sky for the benefit of the press in a field near his New Jersey laboratory, Menlo Park.

Westinghouse, who already has his own theories about this revolutionary form of power, is intrigued and invites him and his wife to dinner, but war is implicitly declared after Edison stands him up. When J.P. Morgan (Matthew Macfadyen, with a red nose gleaming like a light bulb) delights Edison by agreeing to become his financial backer, it looks as if he is on his way to victory. But Westinghouse takes the next round by proving that his system of alternating current is more efficient, able to power a much larger area than Edison’s DC system. And when the brilliant but unstable Nikola Tesla (Nicholas Hoult) enters the picture, the plot takes another twist.

Moore’s account fully explores the story’s most shameful episode, a Machiavellian manoeuvre involving AC current’s use in an horrific demonstration of the first electric chair, while the film flinches at the more ghastly details. Even so, there’s enough here to point up the bitter paradox at the story’s core – that almost all scientific inventions come with ethical strings attached.

Cumberbatch’s Edison is not the portrait of evil given us by Moore. He’s a fascinating bundle of conflicting impulses – an intellectual powerhouse whose curiosity won’t let him rest, and a fame-seeker whose ego is constrained by his conscience only when he’s at his best. Shannon’s Westinghouse, on the other hand, is phlegmatic, avuncular and willing to bide his time. It’s a classic fable – the tortoise and the hare.

Tolstoy be damned: every unhappy family may be unhappy in its own way, but that doesn't make them interesting, writes reviewer Paul Byrnes. Take the Bursteads, a working-class English family. The name rhymes with bastards. They mostly hate each other. Colin Burstead (Neil Maskell) hates some more than others, but he does his duty and organises a New Year's Eve reunion in a posh country house. The host is a bumbling aristocrat (Richard Glover) who's well out of his depth in hospitality. 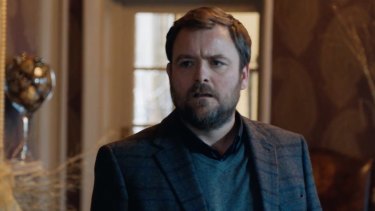 The Bursteads are a diverse mob, to be sure. Colin's mother, Sandy (Doon Makichan), falls at the doorstep and acts like her leg is broken. Colin looks on with derision as everyone makes her the centre of attention – again. His dad, Gordon (Bill Paterson), bites him for a loan even before everyone has arrived, then starts drinking when Colin says no. Colin's sister Gini (Hayley Squires) has secretly invited the black sheep to return after five years in exile. The movie is half over before we find out why her brother David (Sam Riley) is a pariah. The Burstead women run in all directions, cursing and weeping in the servants' quarters. That gives a hint of David's priors.

Ben Wheatley has made a brilliant career out of bending genres, while taking the piss out of the British family. Sightseers was a blacker-than-black comedy about a loving couple who kill people on their caravan tour of Britain. Down Terrace, his debut in 2009, was about the hunt for a grass within an East End crime family: the members tried to work out domestic tensions as they offed each other. High-Rise was a startling departure, a dystopian nightmare based on a story by J.G. Ballard: the residents of a tower block, cut off from all services, start to kill each other.

It would be fair to say Wheatley's films do not throb with his love of his fellow man (or woman). That instinct makes his comedy sharp, but it has to be tempered. Bile by itself is not that funny. Wheatley's comedies aren't crafted to be thigh-slappers, anyway. He's in the long British television tradition of humour based on close observation of character, with a strong instinct for class. He puts violence where the heart is, quite literally.

The writing credit confirmed my suspicions: Wheatley wrote most of the script, but other cast members improvised dialogue during shooting. That explains why some scenes are slack and seemingly pointless. Wheatley appears to have hired a big house, filled it with friends and booze, giving each person a thin description of their character, then waited for the magic to happen. What results is a disjointed mess with little trajectory or precision, and very little added width in the characters. That's partly because there are too many to develop.

There are exceptions: Maskell gives a withering performance as Colin, who's an explosion waiting to happen. Maskell has appeared in two of Wheatley's earlier films. I can't say if Wheatley uses him as his alter-ego, but their physical resemblance is striking, and presumably, meant to be noticed. Charles Dance, as Uncle Bertie, gives his character some soul, partly because he's the only one who exhibits any love for the rest of them. That's really the nub of the problem: why should we care about this unhappy family when their unhappiness is neither distinctive nor memorable? If we have to rely simply on the quality of the insults, all is lost.

In the films Catherine Deneuve made when she was young, most famously Belle de Jour, she personified the “cool blonde”: poised and reserved, yet stirred by strange desires, leaving us to guess what she might be thinking at any point, writes critic Jake Wilson. Half a century on, Deneuve is still a star, but in Andre Techine’s Farewell to the Night, the boot is on the other foot.

Muriel (Catherine Deneuve) becomes suspicious of her grandson in Farewell to the Night.

Deneuve plays Muriel, who runs a horse farm in the mountains of Catalonia, offering riding lessons to tourists. Though not lacking in assurance, Muriel is a relatively straightforward, down-to-earth character, who has her hair dyed chestnut rather than blonde. Her feelings tend to be written all over her face, especially the anxiety and impatience that spring from a desire to protect those she loves.

It’s the younger generation who are opaque, specifically Muriel's orphaned grandson Alex (Kacey Mottet Klein, who starred in Techine’s previous Being 17) and his fiancee Lila (Oulaya Amamra), a Muslim who grew up alongside him and has converted him to her faith. Secretly, the pair are radicals who plan to leave the country and fight in Syria, an expedition to be financed by any means necessary.

Set over a few days in early spring, the film is structured like a thriller: what Alex and Lila have in mind emerges only gradually, but we’re shown enough of their private conversations to keep us a few steps ahead of Muriel, who doesn’t catch on until halfway that anything serious is afoot.

Balancing points of view is of central importance to Techine, who has been making films for almost as long as Deneuve (this is their eighth together) and is master of a unobtrusive cinematic language that feels classical and modern.

Indeed, much of the drama of Farewell to the Night is visual and spatial, arising from the specifics of the setting. Muriel’s horses, for instance, are more than local colour and, towards the climax, an unexpected physical move made by one of the characters shifts the whole course of the plot.

The film can be viewed as a topical “social problem” drama: we hear of an election taking place, with a soaring vote for the National Front. On this level, there’s a clumsiness to some of the efforts to ensure “balance”, such as the token inclusion of a "moderate" Muslim character, Muriel’s business partner Youssef (Mohamed Djouhri).

But Techine is too much of an artist to settle for a simple message along the lines of “cosmopolitan France good, radical Islam bad”. The complexity of his approach is especially evident in his handling of Lila, who like most of us has several different personalities depending on the needs of the moment.

As an aged care worker, she’s demure and mostly obliging; alone with her lover, she’s physically affectionate and spontaneous, at one point leaping into a lake fully dressed. But her body language can tighten up in an instant as she assumes the posture of the true believer, or her nerves can get the better of her, leading to tics such as tapping a foot uncontrollably.

It could be said Muriel and Lila have a good deal in common, especially in light of the death of Alex’s mother, whom both women in their different ways try to replace. But part of Techine’s strength is that he lets us ponder such questions for ourselves: whatever his characters reveal or hide, he respects the larger mystery of personality, whereby contrasting threads are somehow braided together into the whole.

Tags: Cumberbatch's, far, film, Is, new
You may also like
Celebrities News