What is Raya? 15 celebrities on the exclusive dating app

Courtney Love: I weighed 97 pounds and almost died from anemia this summer

Courtney Love slammed the upcoming series about her longtime friend Pamela Anderson — and ripped into the actress, Lily James, who is playing the “Baywatch” star.

“I find this so f–king outrageous . When Pam / tommy sex tape was out / myself @pattyschemel @xmadmx were making a record. And the lone women in many recording studios in la…” Love wrote on Facebook in a since-deleted post.

“Where all / ALL! The staff engineers / producers / owners / were watching the sex tape with huge schadenfraude . . Guffaws , It was disgusting . I banned anyone discussing it. It destroyed my friend Pamelas life . Utterly.”

Love also claimed she turned down a request from the miniseries to use a Rolling Stone cover on which she once appeared.

“Last week I was asked to approve using a rolling stone cover of mine / shot by mark seliger in this piece of s–t . That they had approved . I said ‘f–k no .’ shocked . Gentleman don’t approve this sort of thing,” Love continued. “My heart goes out to Pammy…”

The 56-year-old rock star also blasted James for starring in the role opposite Sebastian Stan as Lee. 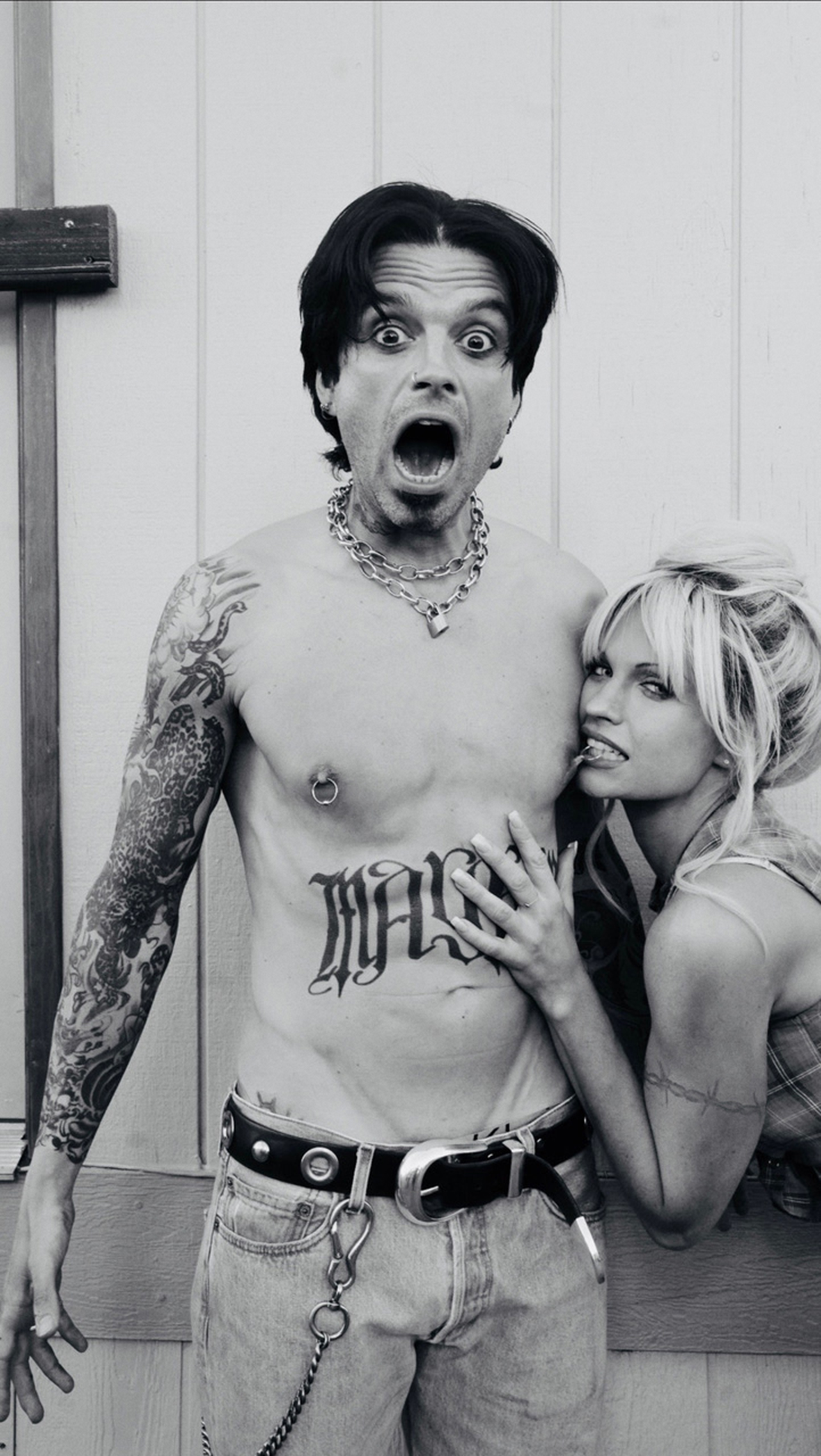 “And shame on lily James whoever the f–k she is, Love concluded, adding, “#vile.”

Photos of James dressed in costume as the “Baywatch” babe show that James is a dead ringer for the star. James was photographed wearing the iconic red swimsuit that Anderson’s character, CJ Parker, wore while she was filmed running into the ocean.

“She really nailed it! They picked the right actress for the role,” said one witness.  “The makeup, hair, everything was on point … She did the OG Baywatch run and walk.”