Any self-respecting Melburnian sitting within earshot of Tim Ross as he reflects on the character of his former hometown might well feel the urge to bristle. The comedian, modernism aficionado and unabashed Sydneysider is back in town for a couple of days, casting his discerning eye over the city and its sprawling suburbs.

‘‘It’s the most inward-looking city in the world,’’ he begins, but before I can mount a counter-attack, he explains why that’s no bad thing. ‘‘What I love about Melbourne is that it can pretty much survive on its own culture … The best of entertainment, theatre, music happens here – all the things you need for a vibrant city.’’ 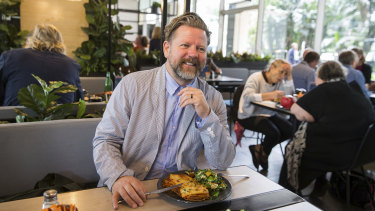 Melbourne is ”the most inward-looking city in the world”, says Tim Ross. Credit:Paul Jeffers

We’re meeting up on an uncharacteristically chilly summer’s day in the suitably mid-century surrounds of Orica House. The bustling downstairs cafe, Sir Osborn, pays tribute to Osborn McCutcheon, the architect who designed this, Melbourne’s first skyscraper, in 1955. For a while, the 20-storey structure was Australia’s tallest building, symbolising, according to its Wikipedia entry, ‘‘progress, modernity, efficiency and corporate power in postwar Melbourne’’.

Lunch is at noon, but we’re both here 15 minutes early, keen to savour this gorgeous construction of steel, concrete and glass. Ross spots me snapping a photo of the commemorative plaque outside and thinks, ah, another architecture tragic. Well yes, he’s right about that. 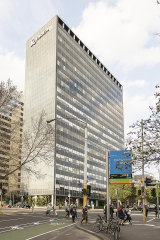 Built in 1955, the Orica building was Melbourne’s first skyscraper.

Ross knows all about this building, having performed his popular Man About the House shows here in the past, and before lunch, we head up to the sixth floor to check out the view. The office of one of Melbourne’s leading architecture firms runs the length of one wing and the view of the garden below is something to behold. We marvel at the fact that such a large chunk of the building’s CBD footprint was given over to greenery, a concession that allowed the developers to breach the city’s then modest height limit. Imagine that: nature trumping commerce.

Back downstairs, Ross is not that fussed about what he eats (he’s taking his mum out somewhere special for her 84th birthday tonight). There’s no lunchtime menu at Sir Osborn, but he has eaten here often enough to know that lasagne and salad is a safe bet. A generous plateful arrives promptly and my Caesar salad comes with plenty of chicken and bacon. It’s filling, homey fare, fitting given his upcoming show, and indeed much of his work these days, is all about the meaning of home.

Ross grew up in Mt Eliza, surrounded by bush and enchanted by the modernist houses that flourished in the area in the 1950s and ’60s. In his celebrated two-part documentary Streets of Your Town, which aired on the ABC in 2016, he recalls riding his bike through housing estates where some of the city’s most innovative architects were carving out a new approach to Australian domesticity. These were houses that spoke of optimism and the embrace of the landscape and for Ross, they’ve become a symbol of something we’ve lost. 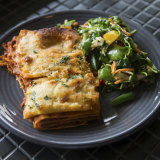 ‘‘What those modernist houses tell us, or what they say to someone of my generation, is that they talk about Australia as a progressive place. I think that’s what we mourn … I thought I was always going to be living in a progressive society … That always seemed to me to be what we were about.’’

No wonder, then, that an air of melancholy accompanied Ross as he wandered among cookie-cutter McMansions in the series, lamenting the loss of open space and our growing hunger for oversized homes. Streets of Your Town reminded us of why thoughtful design can improve our lives, a theme Ross explores further in his latest live show, Designing a Legacy. Part chat show, part cinema event, it hears from the families who grew up in six iconic Australian houses as diverse as Dromana’s compact Butterfly House and the commanding Lyons House, the only Sydney commission by celebrated Melbourne architect Robin Boyd.

‘‘I just kept hearing these … really interesting stories about what happens to people’s family homes if they are in any way architecturally significant. So many houses are either being changed dramatically or bowled over. What do families do in order to maintain that legacy in some way?’’

One of the people we meet in Designing a Legacy is Victoria Grounds, daughter of architectural supremo Roy and his second wife, Betty. Grounds was living in Canberra when she heard that her childhood home in Mt Eliza, designed by her father, was on the market. 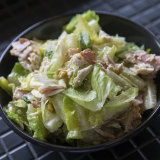 ‘‘She sold everything and bought it,’’ Ross says. ‘‘It was a representation of when her parents were happiest. So when she talks about it, it’s a little bit to do with architecture, but mostly about memory. How architecture can bind you to a place. I think it’s universal – how we all have to say goodbye to our family home. What if you can’t? What do you do with it?’’

Bequests are one option. Dromana’s much-loved Butterfly House, designed by Melbourne firm Chancellor and Patrick in 1955, was bequeathed to RMIT in 2013 and is now used as a writer’s retreat. The eye-catching structure – ‘‘the embodiment of this 1950s, futuristic holiday home,’’ says Ross – can still be picked out on the side of a hill increasingly overtaken by the Mornington Peninsula’s suburban-style sprawl. Such a legacy, says Ross, ‘‘starts with a guy who gives an architect an open brief and says go for it. And when [the architect] shows a pretty way-out design, he says yes.’’

Houses like these retain their power to surprise and delight us, Ross says. ‘‘We see them in books and newspapers, drive past them, and they can affect our imagination. They can inspire us.’’

While such inspiration is in part built on nostalgia, Ross frames the argument within the context of where we’re going wrong now, and how we might do better in the future. He’s excited by new apartment developments where communal spaces and access to public transport create a contemporary take on the suburban streets of old.

‘‘I spend time with developers who are studying the Cairo building [a Fitzroy block of sought-after apartments designed in 1935] to figure out, what is it about those apartments that make them so appealing. They’re trying to capture that in new apartment buildings. That’s really interesting.’’

I think that’s what we mourn … I thought I was always going to be living in a progressive society … That always seemed to me to be what we were about.

Ross himself lives in a 1950s modernist gem with his wife, Michelle Glew-Ross and their two sons. ‘‘I bought it 16 years ago when no one wanted it,’’ he says. ‘‘It’s been a lovely house to transition from living there by myself and then Michelle moved in and then it turns into a much more interesting house as a family home … There’s lots of light and it’s petite, so we’re very close to each other.’’

He laughs about the fact that in the four years since Streets of Your Town aired, modernist houses have become more of a drawcard. ‘‘My sister-in-law is looking at one on the northern beaches and she says [he adopts a broad Aussie drawl] ‘if it wasn’t for your f–kin’ TV show I’d be able to afford this one’.’’

Given our national obsession with knocking down and rebuilding, I wonder what he’d say to a family considering building their own architectural legacy.

‘‘Build a multi-generational home,’’ he offers. ‘‘Don’t build for an eight-year-old or a 15-year-old. Build a house for a 25-year-old and a 90-year-old … The simple idea that families like each other more now than they used to should be a really important factor when it comes to designing houses. I couldn’t wait to f— off as soon as I turned 18, but that’s not how it works any more. I mean, my wife will try and hold the boys in the house forever. That’s a huge change.’’

When I ask Ross to nominate his favourite Melbourne building he hesitates only briefly.

‘‘Heide II. Talk about building a beautiful home and having the foresight to think that it will turn into a gallery one day. It just moves you. It’s one of the finest buildings in the world … Suburban gallery – amazing – and people have such a love for that gallery. Bloody wonderful.’’

Designing a Legacy is at the NGV's Clemenger Auditorium, March 13-14 and 22, and State Library of New South Wales, March 27 and 29. Some sessions sold out but new ones are being added. themanaboutthehouse.net 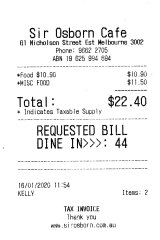 Tags: Comedian-cum-architecture, trag
You may also like
Celebrities News