DILLIAN waved the Whyte flag after KOing Alexander Povetkin – by grabbing a stool for his defeated opponent in a classy gesture.

The pair went head to head in their rematch on Saturday night in Gibraltar. 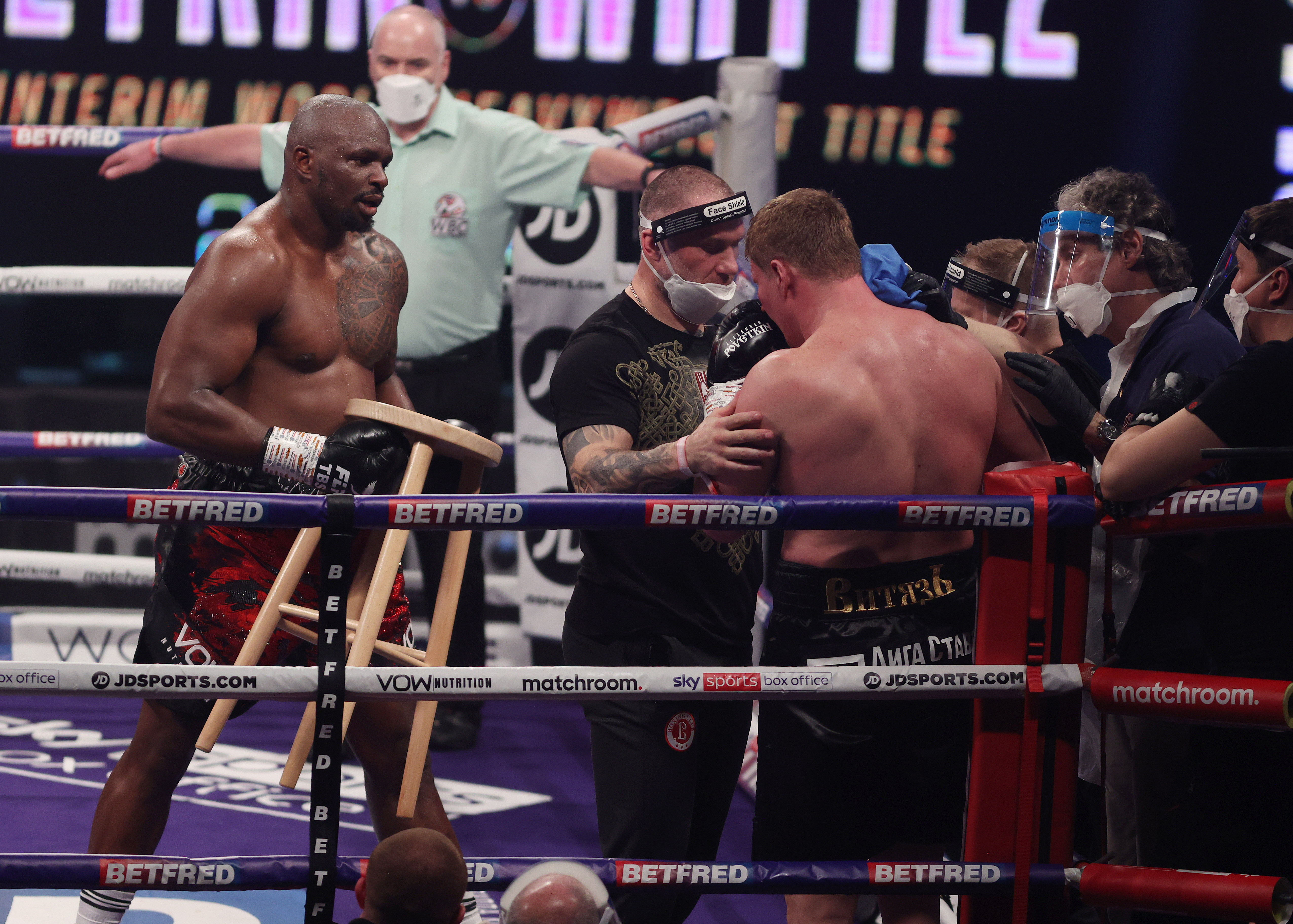 And Whyte, 32, exacted revenge on the veteran Russian following August's loss with a fourth-round stoppage.

A brutal combination of heavy hitting had Povetkin, 41, down on the canvas and the referee waved it off before even reaching the ten count.

But with the victory wrapped up, Whyte proved his sportsmanship side.

Povetkin – whose only two previous pro losses were to Wladimir Klitschko and Anthony Joshua – was getting treatment from his team standing in his corner.

But the Body Snatcher picked up a stool and brought it over for Povetkin to take a seat.

And then he poured water on the battered boxer to help cool him down.

The two fighters clearly had plenty of respect for one another afterwards as they embraced in the ring.

Boxing fans on Twitter hailed Whyte for the nice touch.

One said: "I love how Whyte got a stool for Povetkin, both fighters have great respect for each other, just good vibes.. Really nice to see."

Another wrote: "Love the respect from Whyte after the fight there. Getting Povetkin a stool and checking he was ok rather the celebrate. Why can’t all boxers do that. You love to see it."

And a third added: "Down goes Povetkin and it’s OVER! Whyte brings a stool and pays his respect to Povetkin to make sure he’s alright. That’s boxing!!"

The result got Whyte back to winning ways following his shock defeat at Matchroom HQ in Essex last summer – after dropping Povetkin earlier in the fight.

And it will not take long before the focus turns to his next opponent with the WBC interim heavyweight belt back in his grasp.

But for now Whyte is basking in the win, his first since December 2019.

Brixton's finest said: "I am just sad I didn't get it finished in the first round but he is a tough guy.

"I was on him in the first round but I knew I had to relax and not go hell for leather. I knew he was a former world and Olympic champion.

"That is probably the best right-hand knockout of my career.

"[Speaking about the finishing left hook] No one can take that punch from me and stand up, they will all go down.

"I still believe I can be a world champion and beat anyone." 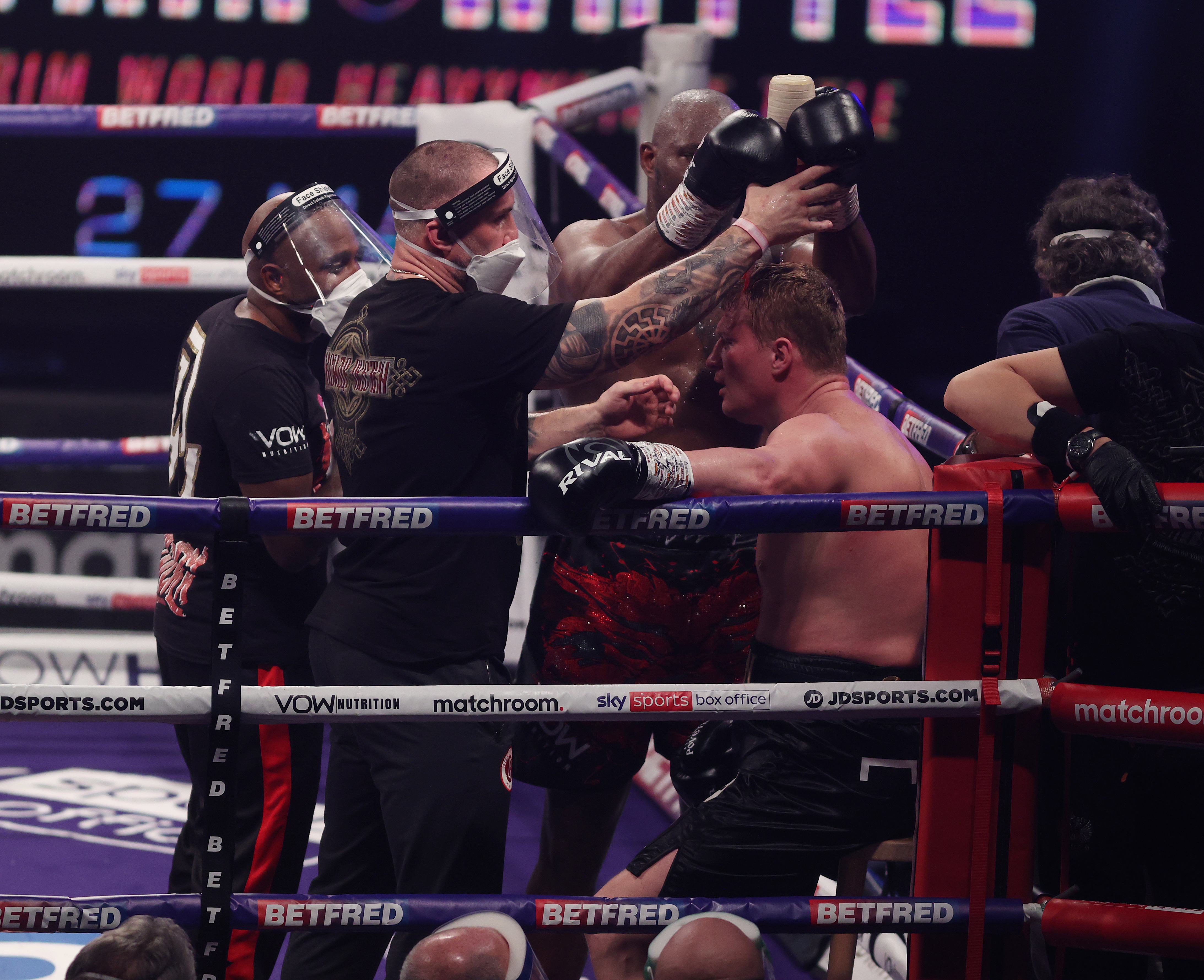 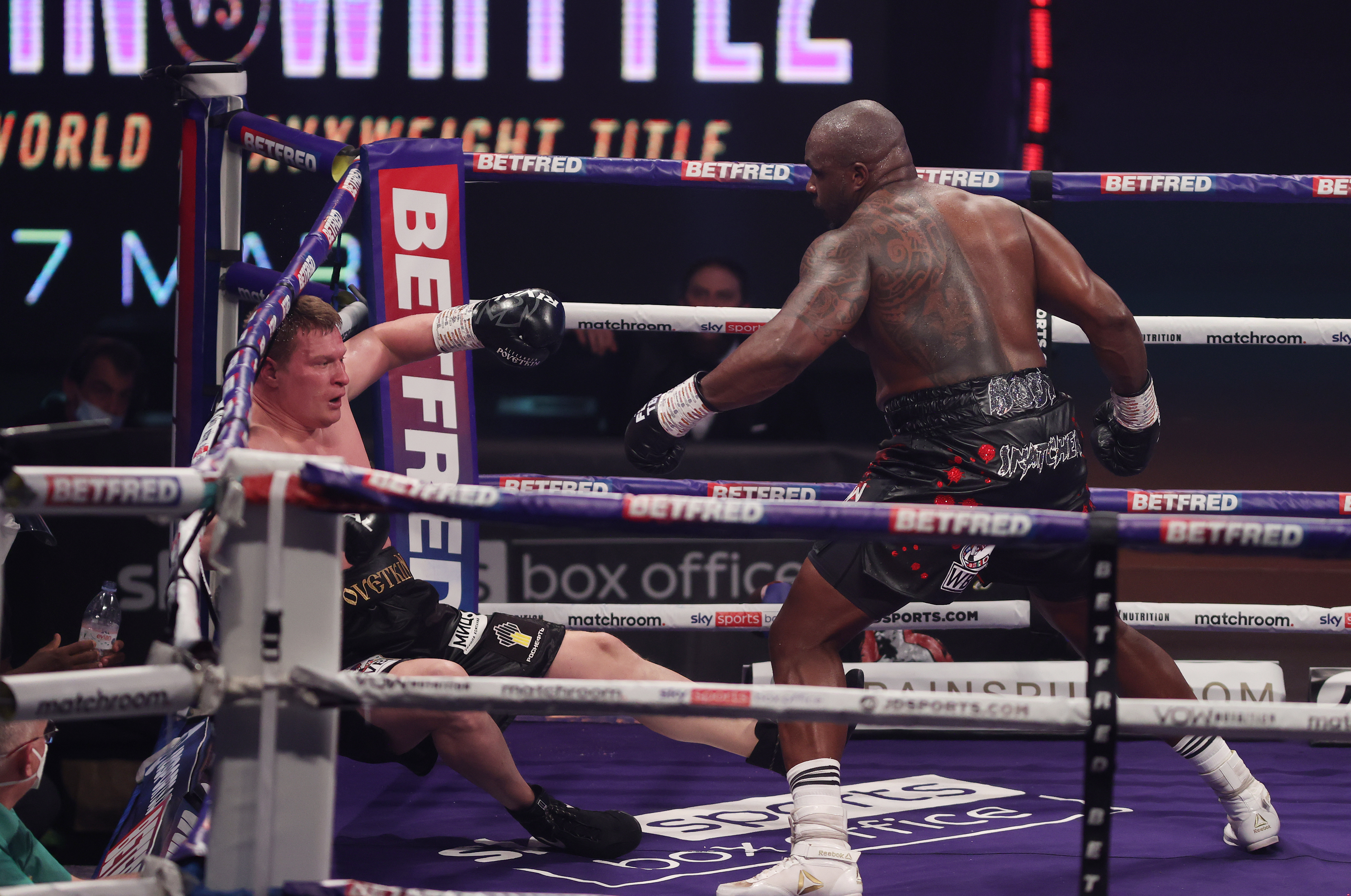 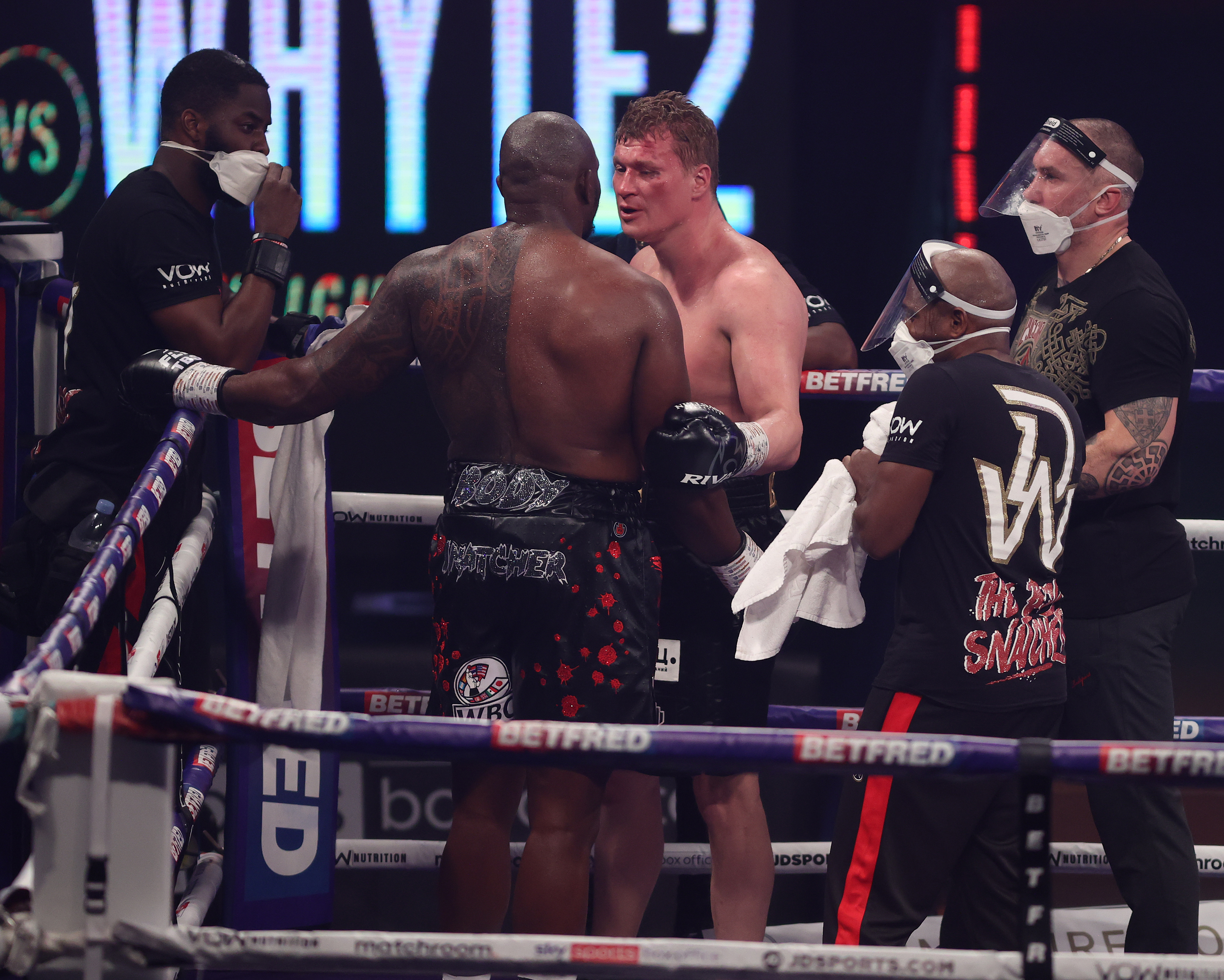