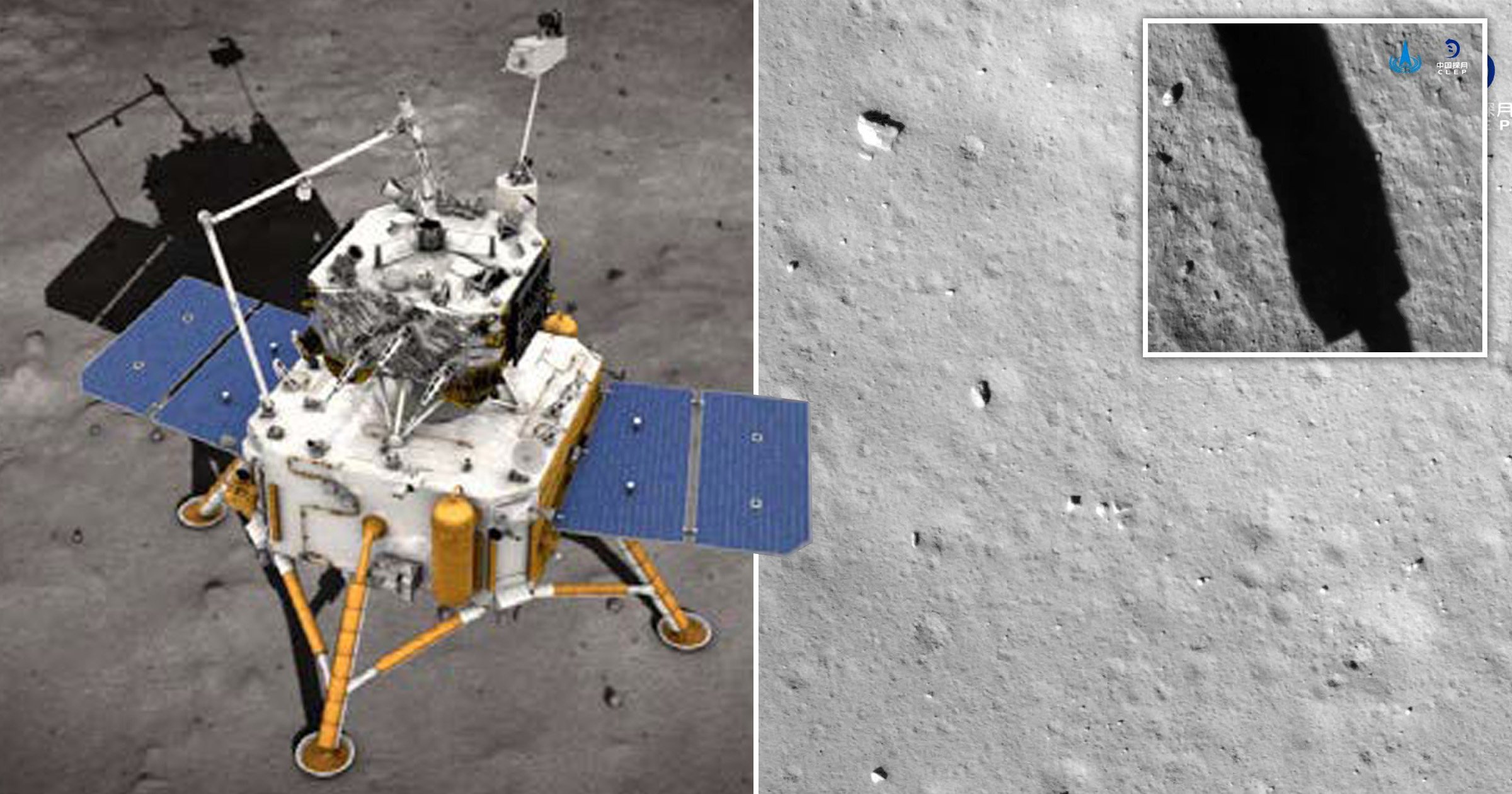 The presence of water on the moon may have finally been confirmed by Chinese scientists.

The country’s rover, the Chang’e-5, first landed on the moon at the end of 2020 and set about studying the lunar soil.

It sent back data which, following analysis, appear to show signs of water inside the moon rock.

Originally it was thought the moon’s surface was completely dry but in recent decades scientists have found more and more evidence of the presence of H20.

The Chang’e-5 used on-board instruments to fire light at the rocks and measure what’s called the spectral reflectance.

The reflected light indicated the presence of molecules of oxygen and hydrogen.

It could also detect signs of the chemical hydroxyl. While water is made up of two hydrogen atoms for every oxygen atom, hydroxyl only has one hydrogen atom.

Many orbital observations and sample measurements completed int he last 10 years have shown hydroxyl or water exists in moon rocks. But until now, no measurements have been conducted on the lunar surface itself, to determine, close up, whether the molecules are actually in the rocks.

‘It’s like a ‘field trip’ out on the Moon, the first opportunity to detect signs of water at close range and high resolution on the lunar surface,’ said Lin Honglei from the Institute of Geology and Geophysics at the Chinese Academy of Sciences.

Finding water on the moon could be important for future space missions. It’s possible that Earth’s satellite could act as a staging post for longer-distance missions out to Mars or further into the solar system.

And water is extremely critical for deep space exploration. It can be turned into oxygen for astronauts to breathe and drink, and could be used as a fuel supply.

But water is heavy, and is therefore expensive to launch from the surface of the Earth.

‘Anytime we don’t need to pack water for our trip, we have an opportunity to take other useful items with us,’ explains Jacob Bleacher, chief exploration scientist for Nasa’s human exploration and operations mission directorate.

‘Being able to use water that is already at the moon would be a big help for us in exploring the Moon.’

The Chinese research has been published in the journal Science Advances.