CHELSEA legend Joe Cole had TV viewers in hysterics during the half time break of the club’s Champions League clash in Rennes.

Frank Lampard’s side started strongly in France and took the lead through Callum Hudson-Odoi. 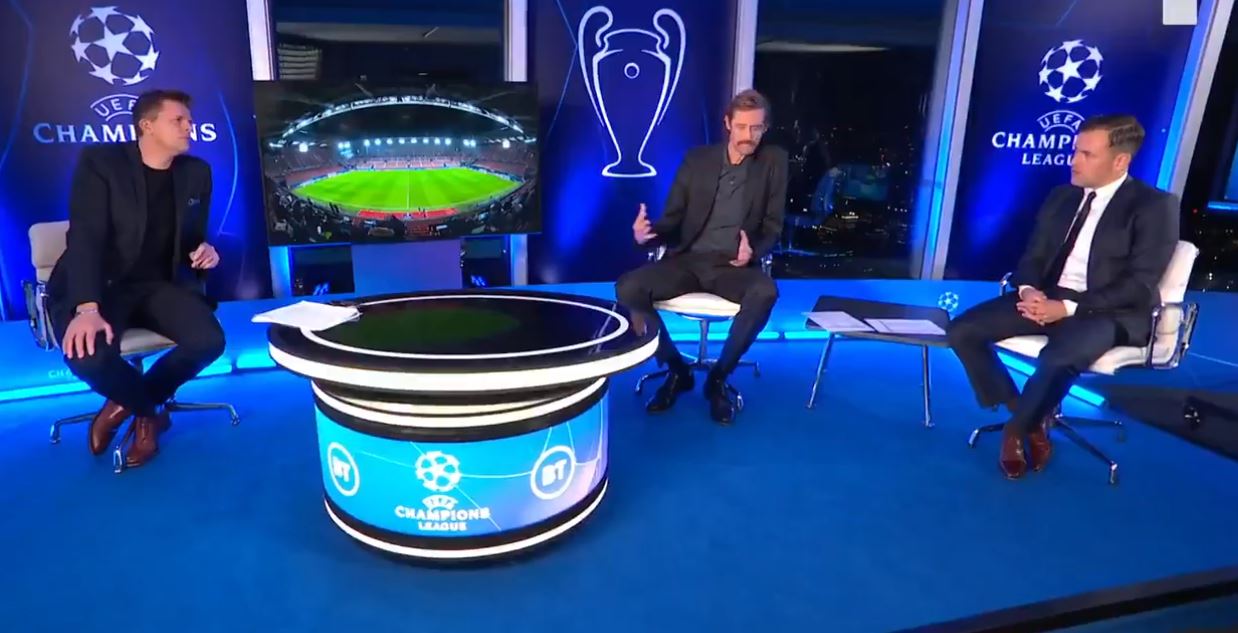 But instead of going on to run away with it, the Blues allowed their hosts back into it before the break.

Fortunately for them they managed to secure qualification for the next round after Olivier Giroud struck to deny Rennes a draw late on.

However Cole, who was watching on as pundit for BT Sport, was not impressed at the interval and amusingly called for Lampard to ‘smack’ some bums of his players.

He said: “It just got a bit scrappy for Chelsea at moments. You start making these mistakes in games when things are going so well and the concentration levels start to go.

“It's the perfect opportunity for Frank to get into the lads at half-time, and wake them up a little bit.

“You are winning away from home in the Champions League, which is fantastic.

“But he'll use this opportunity to just give his players a little smacked bum, to let them know we're seven games unbeaten, but you have to concentrate at all times.”

Fellow pundit Peter Crouch immediately began laughing awkwardly at the remark from his old ex-England team-mate, as did host Jake Humphrey before jokingly saying ‘not literally’.

But it was not just those two who reacted weirdly to Cole’s comments, and Twitter soon sprung into action.

Another commented: “I love this man so much.”

Here’s the best of the rest:

Tags: as, Chelsea, fans, hysterics, in, J
You may also like
Celebrities News