MAREN MJELDE confirmed she'll miss the rest of the WSL season after her injury in Chelsea's 6-0 win against Bristol in the Conti Cup final. 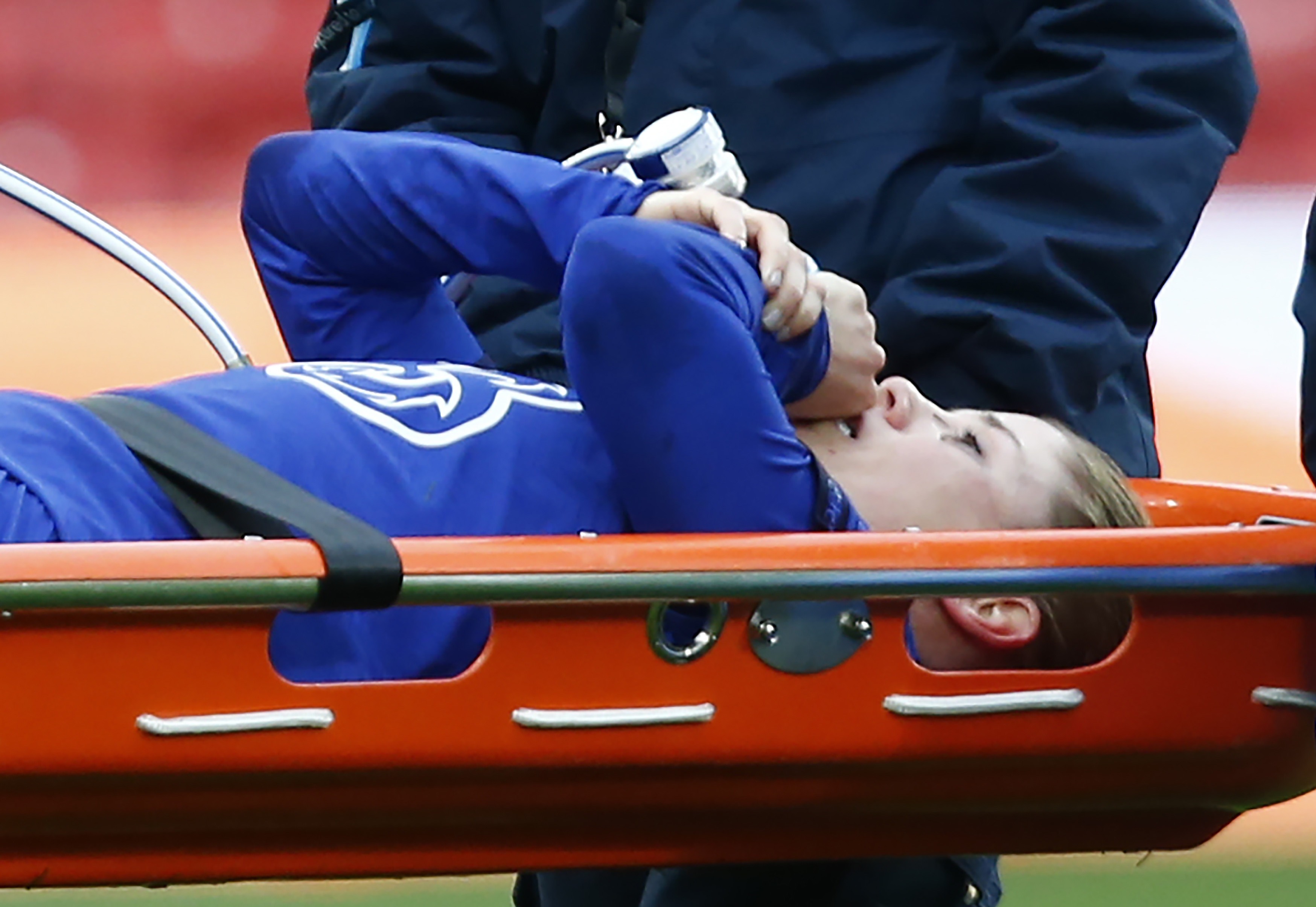 Despite the bad news, Mjelde, 31, hopes to back by summer.

She wrote on Twitter:"Unfortunately my season has come to an end.

"The good news is that my knee injury isn't as bad as it might of seemed.

"I will have to undergo surgery, but if everything goes to plan I will be back with the team by summer.

"Thank you to everyone for your messages, your support has been overwhelming.

"I know I have the best people (and dog), medical and team around me to get me back soon!"

The Norwegian international went down in agony when she collided with Bristol's Aimee Palmer. 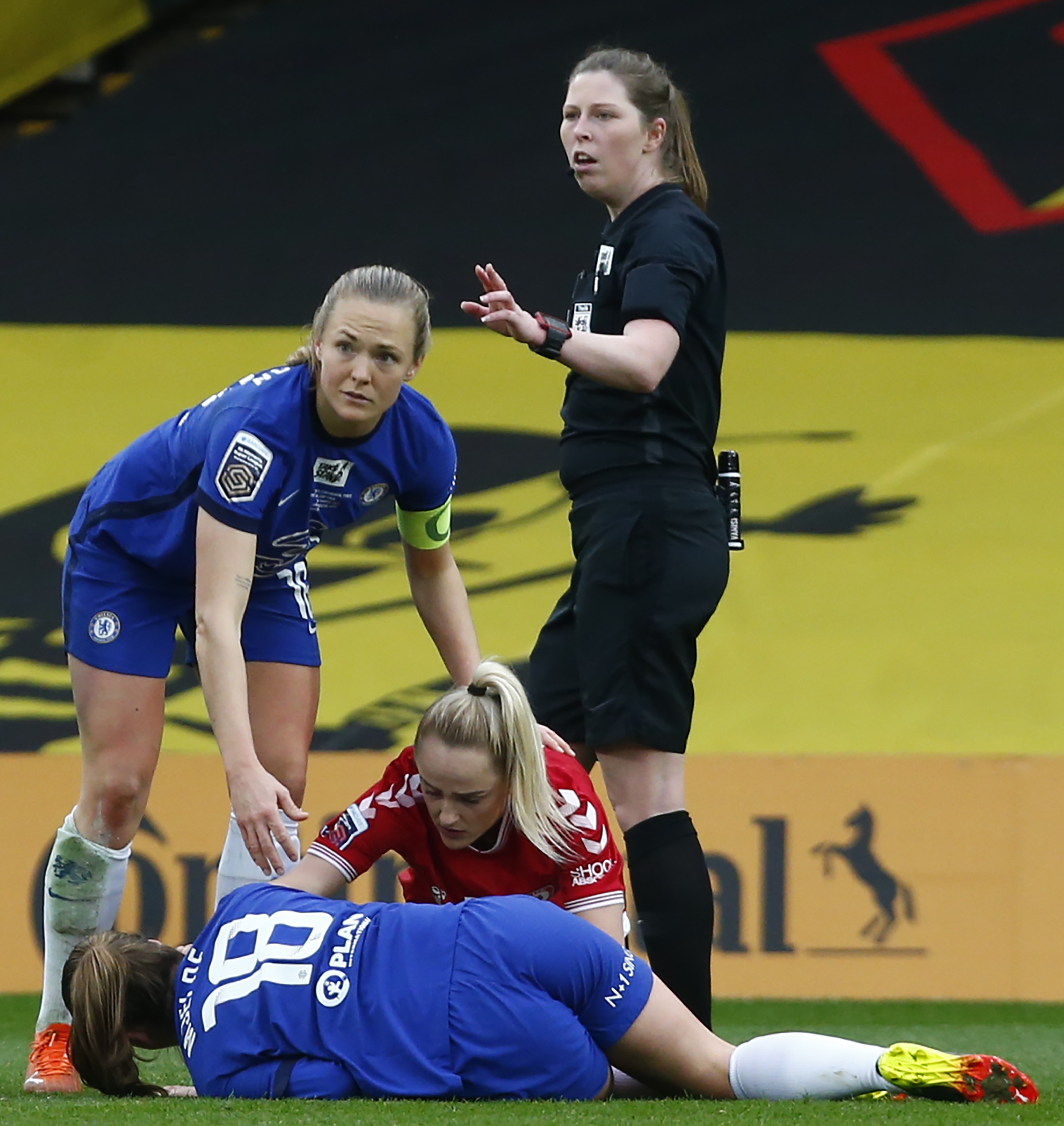 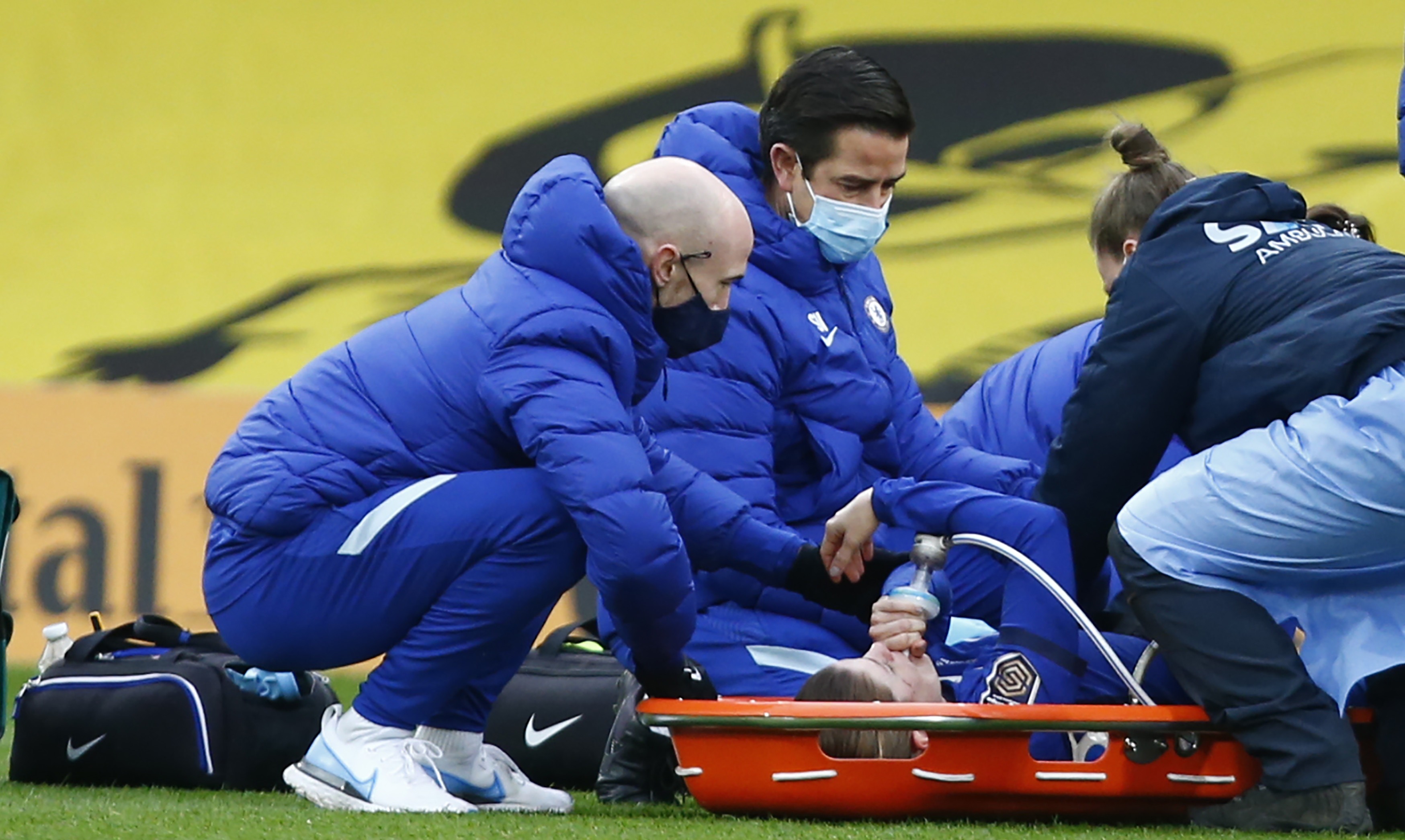 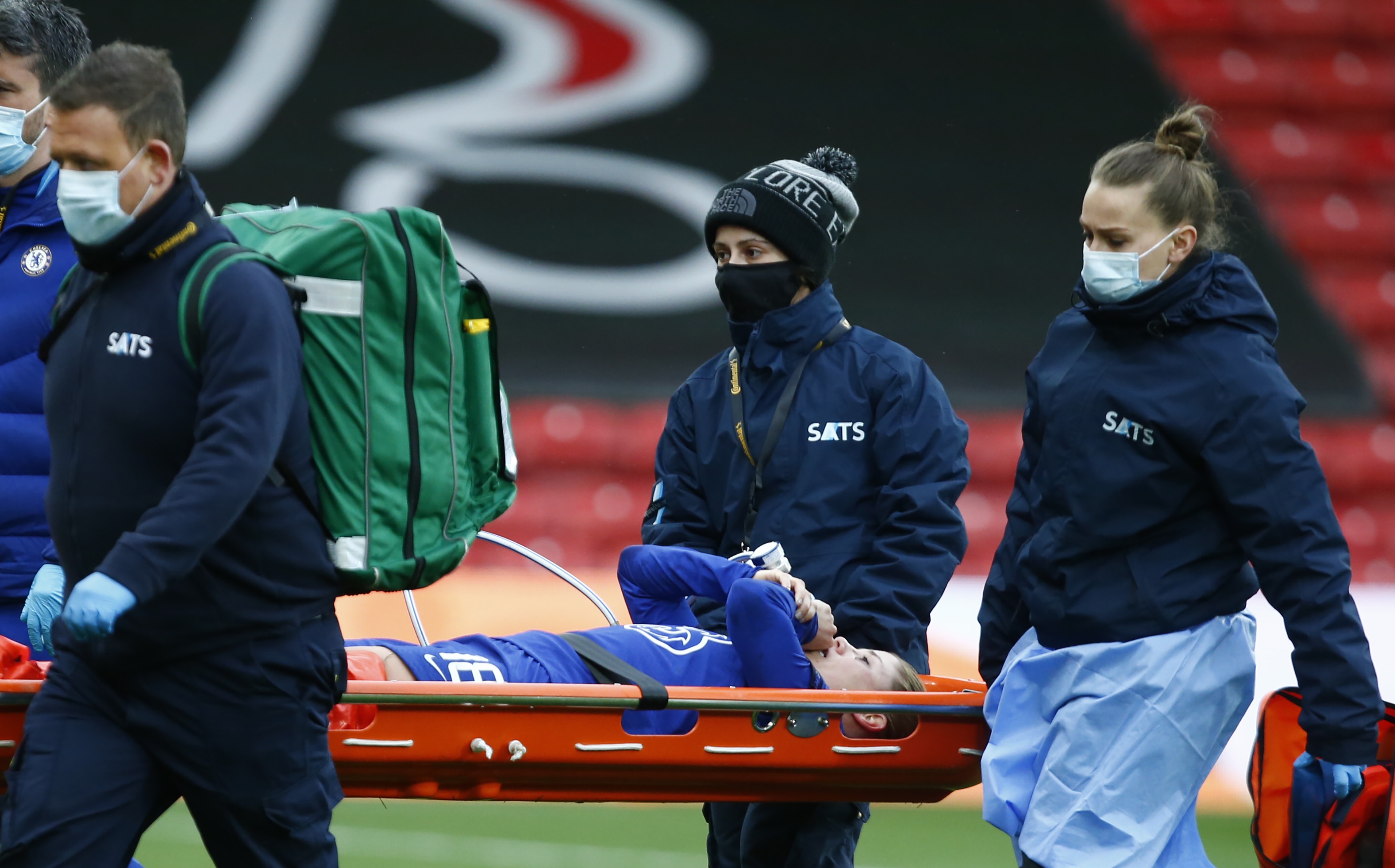 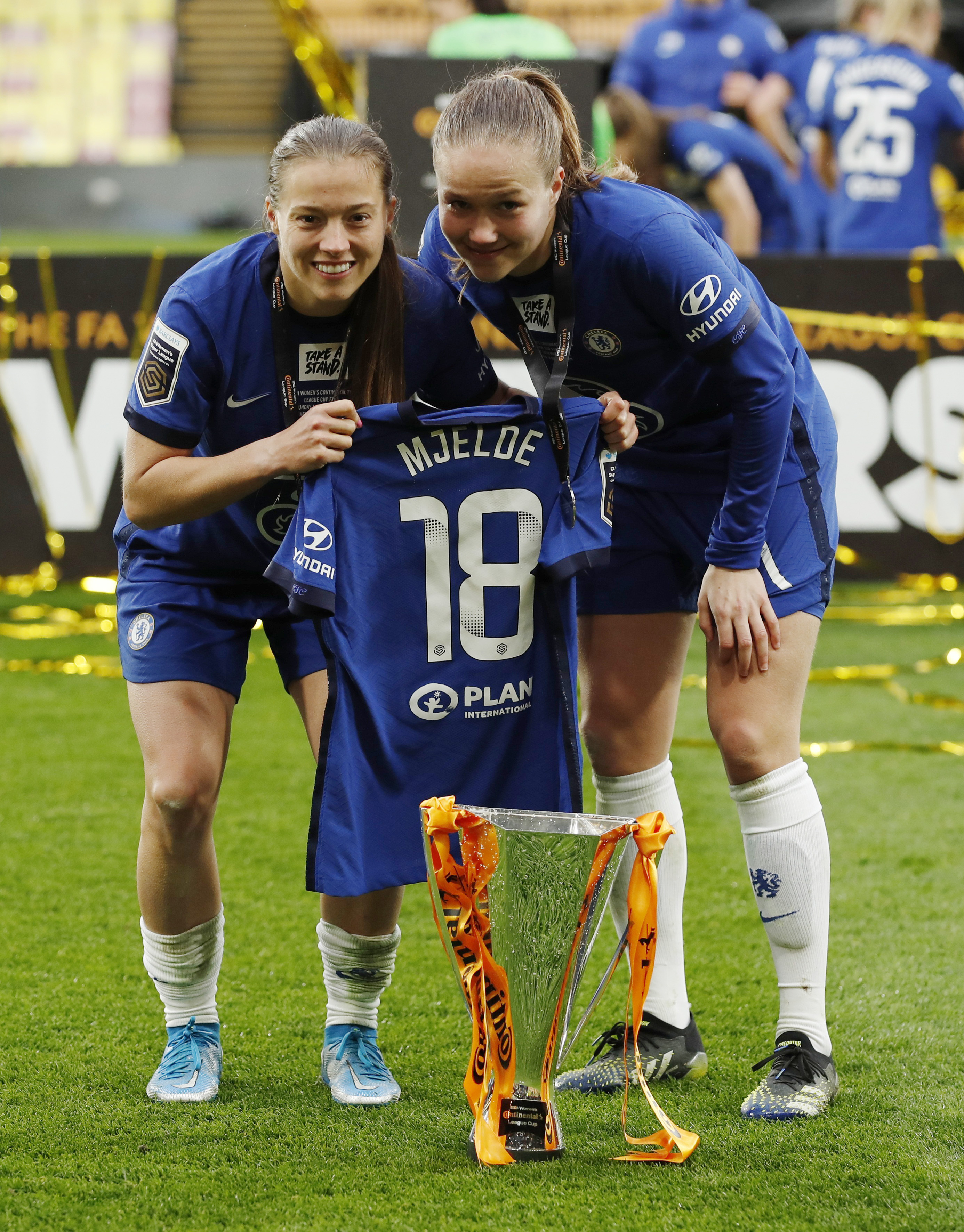 Her team-mates anxiously looked on as she was given oxygen andstretchered off the pitch.

The Blues went on to lift the League Cup after ruthlessly dismantling the Robins, much to Mjelde's joy.

Emma Haye's side will have to do without Mjelde's presence in their pursuit of the Champions League trophy this season.

They sailed into the quarter-finals of the competition last week after disposing of Atletico Madrid in the last 16.

The Blues face German giants Wolfsburg in the semi's, and the tie will be held in Budapest due to Covid travel restrictions.

And Mjelde will be there with her team-mates in spirit as she vows to be their number one fan for the rest of the season.

She rounded off her post by saying: "Now I will be Chelsea's number one fan!"