Stars are still wrapped up in the sexy scarf top trend

Blond moment: Why are stars like Lizzo bleaching their eyebrows?

For stars like Kim Kardashian and Rihanna, it’s a single-button summer

Sahakian started Ian Charms — a whimsical jewelry company producing beaded necklaces and bracelets named after the tail end of her last name — at the end of 2020 during the COVID-19 pandemic when her hours working as an assistant in reality TV were severely cut back.

After searching the internet for a necklace for boyfriend Max Riddle, she found that “nothing was weird enough” for his personal taste and started crafting her own. Soon, friends and eventually celebrity stylists came knocking.

“We’ve never made jewelry before, so the first ones would bust open. Though, luckily, they were just for our friends,” Sahakian told Page Six Style. “I didn’t even really wear jewelry, but I merged my interests of pop culture and humor and it took on a life of it’s own.”

What started simply as a project for her boyfriend turned into a full-time job for them both — and their custom necklaces have become beloved by Dua Lipa and boyfriend Anwar Hadid, Naomi Osaka, Joe Jonas and Sophie Turner, Jaden Smith, Pete Davidson and more. 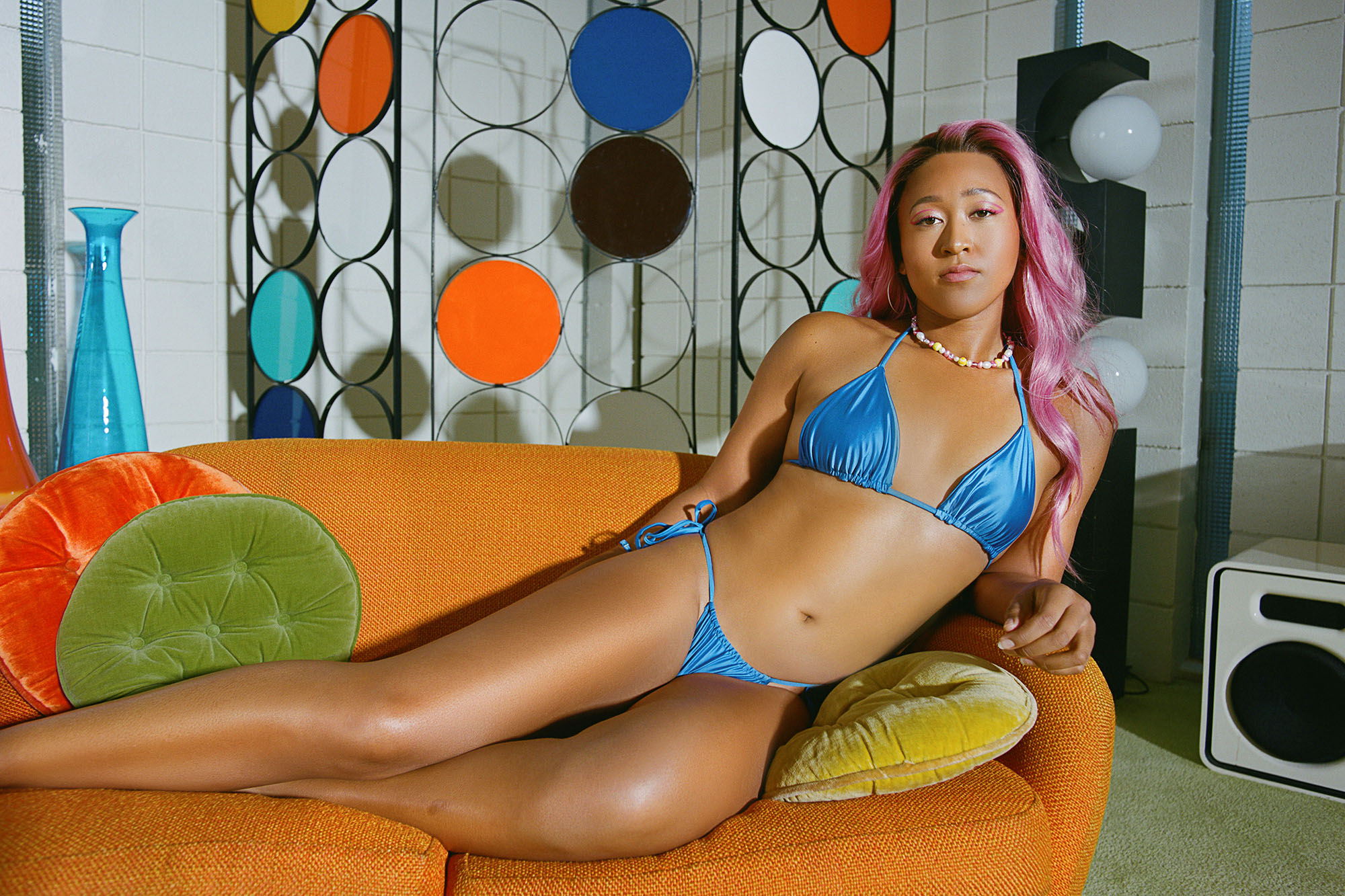 They now sell pre-made necklaces for between $150 and $175, though most styles are currently sold out. Custom orders run $275 for a necklace and $90 for a bracelet.

Made out of beads of all shapes and sizes, the designs are a mix of whacky shapes — including a dizzying array of fairies, pizza slices, smiley faces, teeth, boxing gloves, stars, hearts and anything else — combined into a playful and ebullient string. It’s a friendship bracelet for the TikTok generation, with a hint of irony.

The couple knew they hit it big when their first celebrity client, Dua Lipa, wore her necklaces out in November 2020 — and paired them with everything from bikinis to winter sweaters. Soon, Hadid dipped into Lipa’s jewelry box, wearing the designs himself, including a custom piece featuring a photo of their West Highland White Terrier dog, Dexter, that Sahakian affixed to a pendant charm. 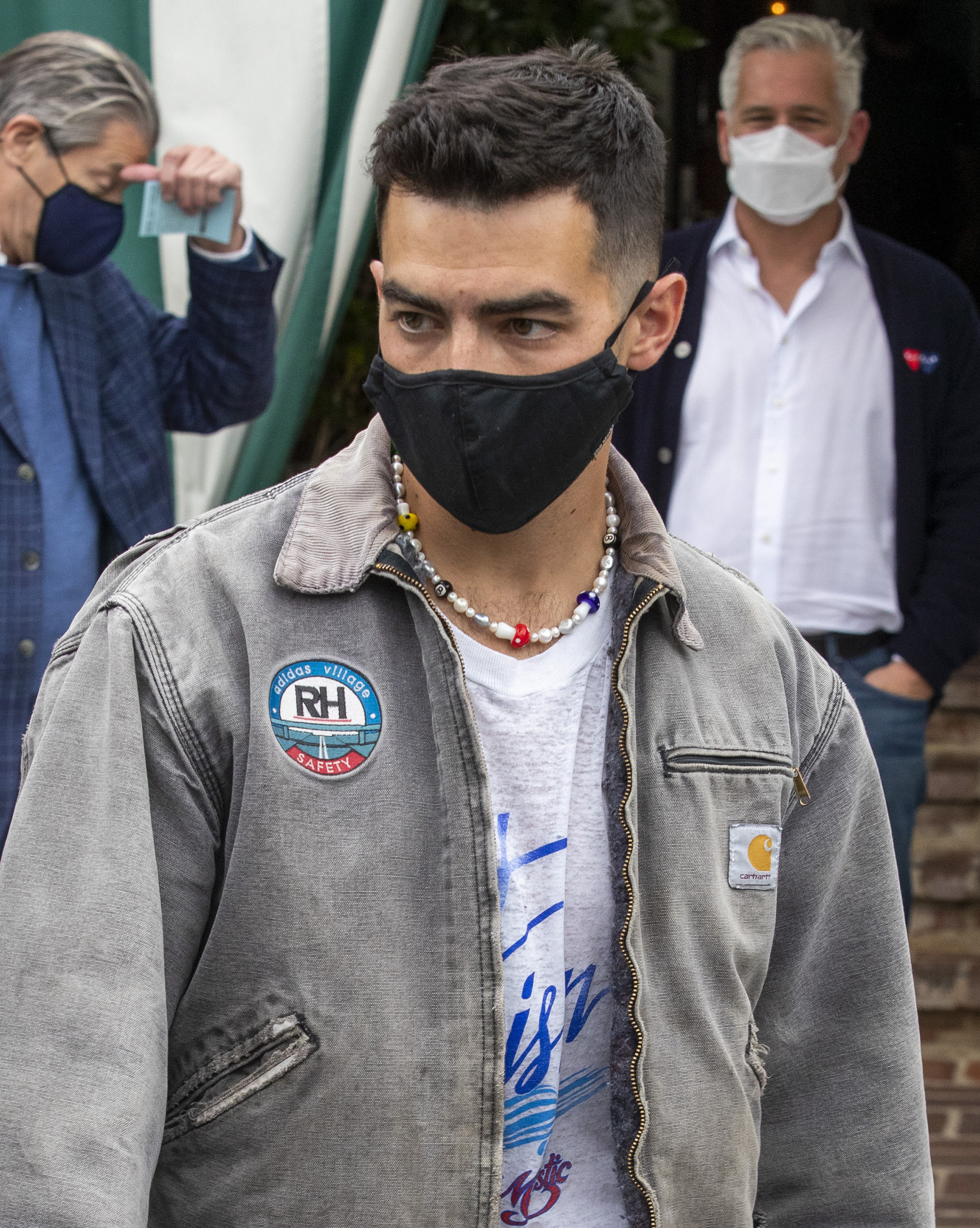 Pete Davidson’s stylist, Britt Theodora, reached out to Sahakian for a custom necklace this summer after spotting them on other stars. “She described what he loves, what his dog is like and said mushrooms are cool,” Sahakian explained of the customization process that lets her into her subject’s psyche. Davidson’s resulting jewelry features dice — perhaps hinting at a secret love for gambling — trippy mushrooms and silver, blue and red beads.

The 27-year-old designer took a chance and sent him a surprise second necklace with a hilarious photo of “Saturday Night Live” boss Lorne Michaels dangling by the collarbone in a teeny frame.

Davidson loved it so much that put it on immediately, his stylist told Sahakian, and has since worn it to an NBA game and again to Wimbledon. He layered the campy piece with a custom silver “PD” necklace, a bauble that both he and girlfriend Phoebe Dynevor own and wear often to honor their long-distance relationship and matching initials, as well as his father’s FDNY badge pendant. 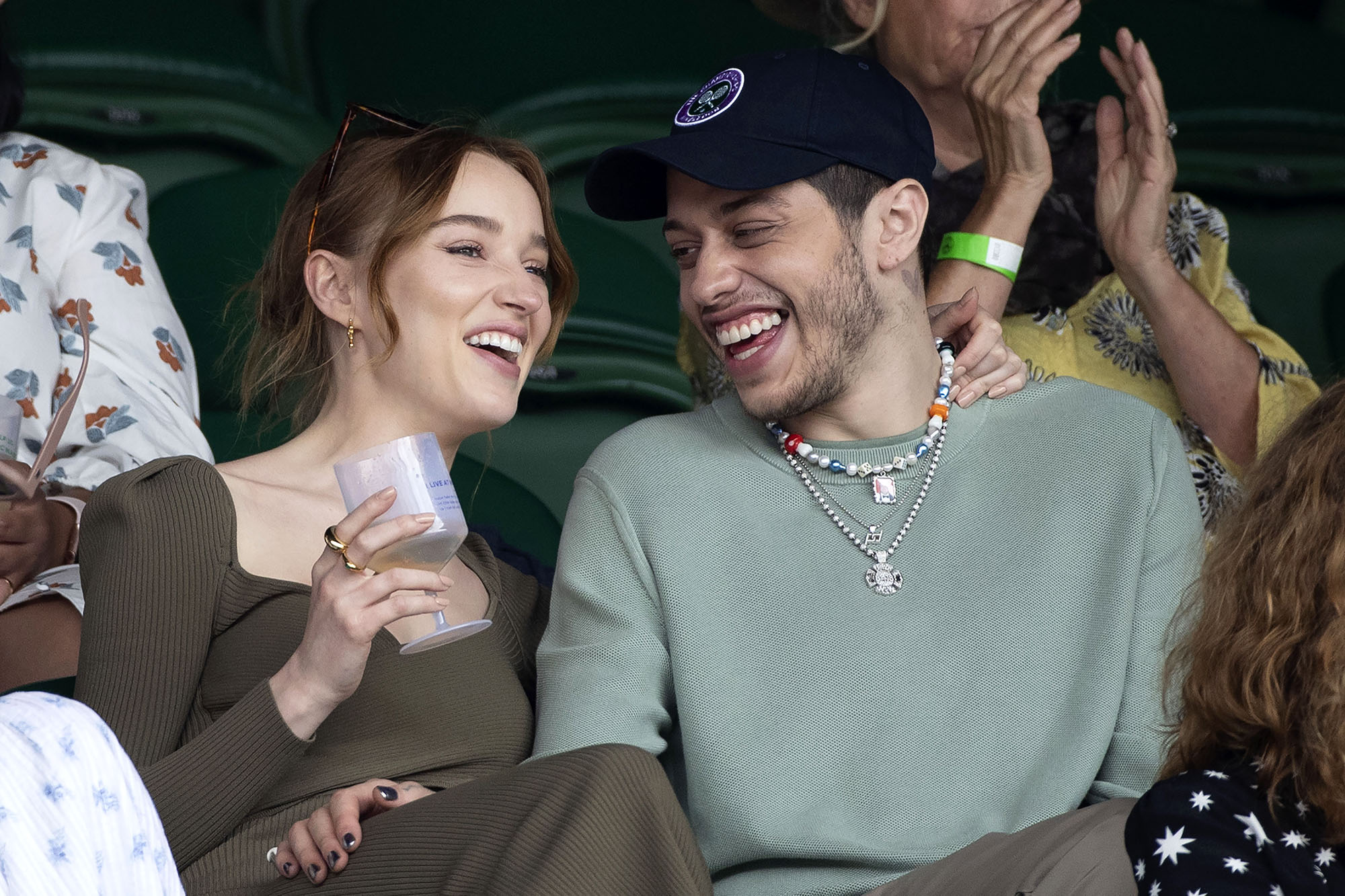 “I feel like I get to infuse my sense of humor and my love of pop culture; I get to use that and make these really funny connections with celebrities. It’s super-personal,” Sahakian told us. “They get this custom piece that makes them laugh and they want to wear it.”

Lisa Rinna’s daughter, Delilah Hamlin, for example, got a piece featuring a “really embarrassing” photo of their S.O. of her boyfriend, “Love Island” star and model Eyal Booker. (One of Sahakian’s cheekiest designs is her “Crush Collection,” which contained a piece centered with Justin Bieber’s mugshot.)

But Sahakian says she’s even selective about the famous faces she’ll make custom pieces for.

“Since the beginning we’ve been really careful to only make pieces for people that we feel like really have a sense of humor and fit the brand,” she said. “We’re a brand that trolls ourselves, so we want to make sure that anyone who gets a custom really has a sense of humor and fits with that psychotically perfect, funny, doesn’t take themselves too seriously, confident archetype.”

While a dozen notable names have worn Ian Charms, forcing a surge of interest so strong she had to temporarily shut down custom orders in order to keep up with demand, there is one couple Sahakian just might lift the ban for: A$AP Rocky and Rihanna. 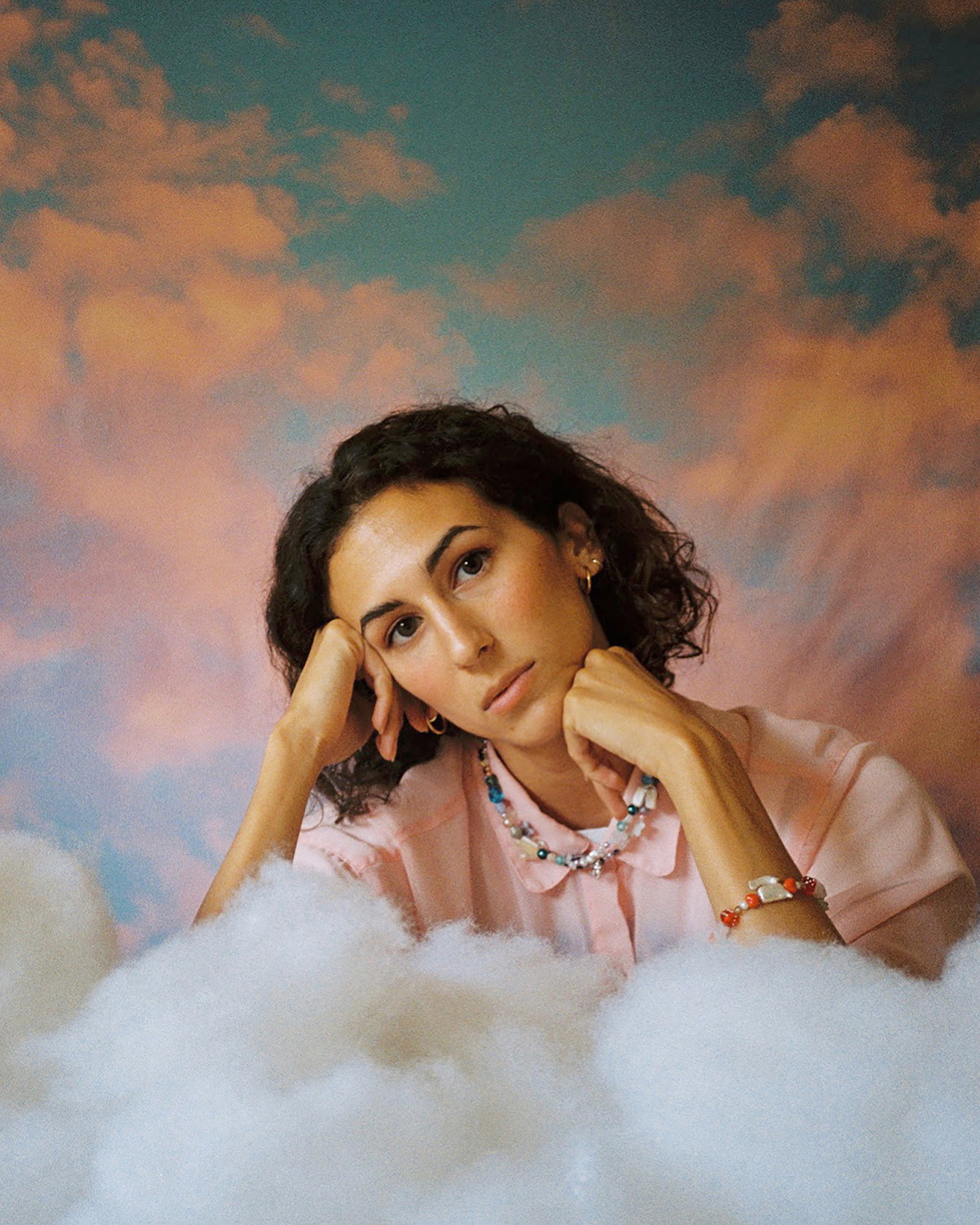 “They are the epitome of amazing, confident style, always ahead of the trend. They’re so funny and have such good chemistry,” she said. “If I get them in the Crush Collection wearing pictures of each other, I’m done.”

Sahakian says she and Riddle plan to expand beyond jewelry into clothing and other home decor in the future, keeping the spirit of something “weird and funky” that “makes you do a triple take.”

“Nothing is off limits yet,” she declared. “Especially because we didn’t know how to make jewelry, so we’re like, ‘We’ll just figure it out!’”

Tags: Are, celebrities, Embracing, Thes
You may also like
Celebrities News