Cats ARE as interested in their owners as dogs are! Felines track humans as they move around the house and are surprised if they appear somewhere they’re not expecting them, study finds

It’s often thought that dogs are much more interested in their owners than cats are.

But a new study suggests that may not be the case, after finding that felines appear to track humans as they move about the house and are surprised if they turn up somewhere they’re not expecting them.

Researchers recorded what happened when 50 domestic cats were individually shut inside a room and played either their owner’s voices or a stranger’s voice calling the animal’s name from one of two speakers. 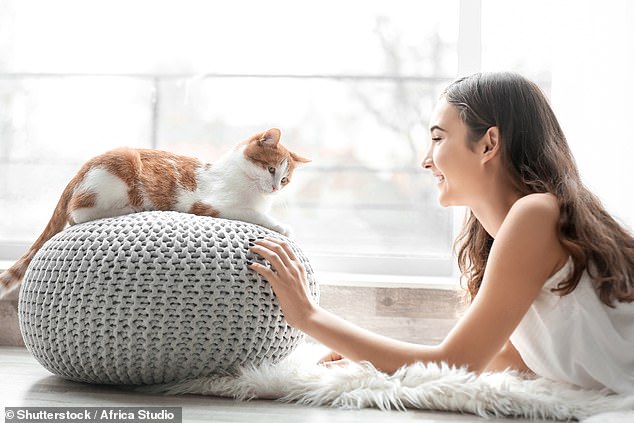 Keen interest: Research has found cats appear to track their owners as they move about the house and are surprised if they turn up somewhere they’re not expecting them (stock image) 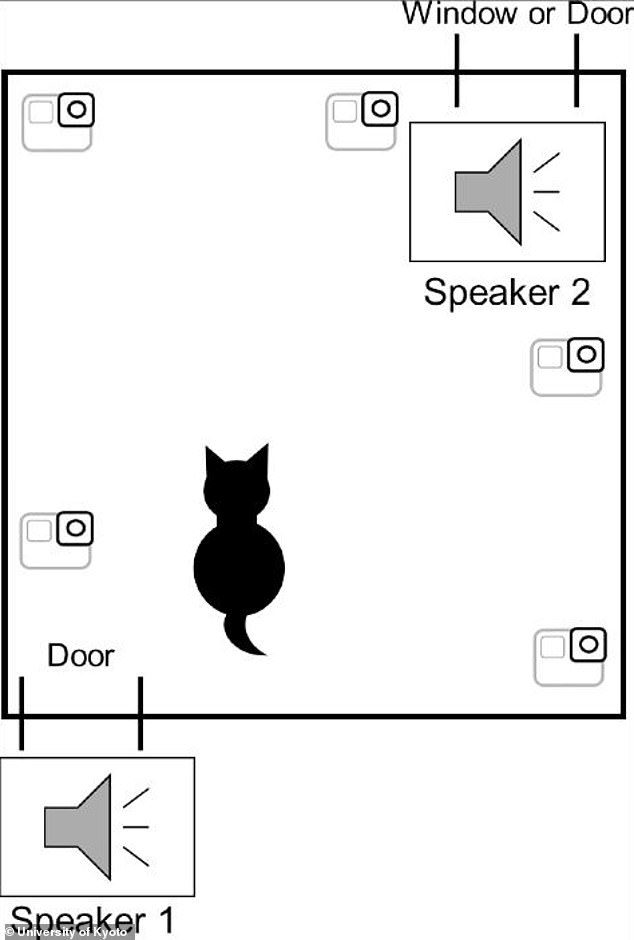 Based on a study of interactions between humans and 100 felines in the Battersea Cats & Dogs Home cattery, Dr Finka and colleagues came up with the ‘CAT’ guidelines:

Another group of people, who were not animal behaviour experts, rated the cats’ level of surprise from a scale of 0 to 4, based on certain ear and head movements.

The team from Japan then played the sound on another speaker further away, which seemed to surprise the cats, showing that the animals appeared to have a mental representation of where their owner was and were taken aback when they appeared to move.

‘It is said that cats are not as interested in their owners as dogs are, but we had doubts about this point,’ said lead author Dr Saho Takagi at the University of Kyoto.

‘This study shows that cats can mentally map their location based on their owner’s voice.

‘[It suggests] that cats have the ability to picture the invisible in their minds. Cats [may] have a more profound mind than is thought.’

The authors added that their research indicates a ‘previously unidentified socio-spatial cognitive ability’ in cats.

‘Socio-spatial cognition appears strongly related to object permanence, the facility which allows children to eventually hold a representation of an object that goes out of sight,’ they added.

‘Cats succeed in “visible displacement” tasks where they maintain a representation of an object that was previously in sight but no longer is.

‘We found that cats show a similar ability using only auditory information; they maintain a representation of their unseen owner from her voice.

‘We cannot conclude that cats understand “invisible displacement” from our results because it is unclear whether cats were surprised by owner’s presence in an unexpected location or by her apparent absence in the expected location.’

Roger Tabor, a biologist and presenter of the BBC TV series Cats, said the findings were not surprising given that tracking things they cannot see is ‘critical to a cat’s survival’.

‘A lot of what a cat has to interpret in its territory is an awareness of where other cats are,’ he told the Guardian. 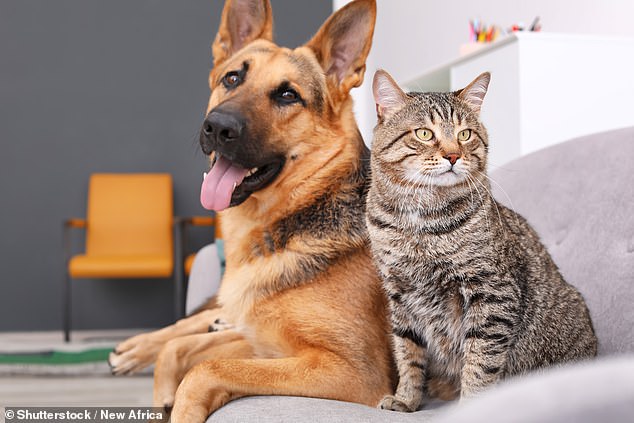 ‘It is said that cats are not as interested in their owners as dogs are, but we had doubts about this point,’ said lead author Dr Saho Takagi at the University of Kyoto (stock image)

‘It is also important for hunting: how could a cat catch a field vole moving around beneath the grass if it couldn’t use clues, such as the occasional rustle, to see in its mind’s eye, where they are?

‘A cat’s owner is extremely significant in its life as a source of food and security, so where we are is very important.’

The study was published in the journal PLOS One.

THE FIVE RELATIONSHIP STYLES BETWEEN CATS AND HUMANS

This cat has often come to depend on a very emotionally invested owner (the cat is very important to the owner, possibly seen as family or as a great friend).

The owner typically plays regularly with the cat, and is seen as a part of the same social group (the cat behaves in a friendly way towards the owner, even regularly licking the owner’s hands and face) and as a secure base (the cat will seek the owner when worried).

The cat doesn’t relate well with others (is even likely to hide when, for example, someone comes to the house.

This cat has learned that good things come when the owner is near (for example: the owner stays with the cat whilst the cat is eating) and so, makes a considerable effort to maintain physical proximity to the owner (these cats can even be considered to be clingy) and separation can be problematic (the cat may not eat if the owner is away). This might suggest the cat has some problems with controlling its frustrations.

This relationship is common among cats living in a one-person household with no access outdoors.

These cats have always preferred life outdoors to life in their busy households.

They will often visit several homes in their territory (possibly having more than one home!) and might be gone for days at the time.

Even though these cats behave in a friendly way towards the owner they will not try to stay close to their carer (in fact, the chance are they will even make an effort to put some distance between them and their owner).

The owner is emotionally invested in the cat (worries about the cat, sees him/her as a good friend or a part of the family) and will often find time to play with the cat.

The owner is seen not only as part of the same social group (the cat will regularly lick the owner’s hands and face) but also as a secure base (someone to seek out for comfort when the cat is worried).

The cat relates well to others (will greet or inspect visitors coming to the house and possibly even visit some neighbours).

Alongside the friendly and warm relationship, cat and owner can happily function independently.

This cat likes to be near the owner but doesn’t feel a need to maintain physical proximity to the owner (doesn’t always follow the owner around the house and may even take him/herself away to a preferred location).

Separation is not likely to be problematic.

This relationship seems to occur more often in busy households with more than one cat, and the cats often have some outside access.

The cats in this type of bond reflect a prototypical view of the cat as a solitary, independent animal, who should have access to the outside.

The cats relate well to other people (they are likely to greet visitors or visit neighbours) and have some affiliation with the owner, but have little need for owner proximity and may be seen as aloof.

Cats in this type of relationship are cared for, but not typically considered to be a close friend or part of the family.

They may not be very close emotionally, even though the cat’s behaviour towards the owner may be quite friendly.

These cats prefer to maintain distance from people (owners and others), possibly because they lack confidence.

They will not lick the owner’s hands and face, nor will they seek the owner even when worried.