It’s bat cat! Hairless Sphynx cat with an enlarged head and rather sharp fangs becomes an Internet sensation thanks to her Dracula-like looks

A Sphynx cat with an enlarged head that looks like an adorable bat has been conquering hearts thanks to her unusual appearance.

One-year-old feline Lucy, from Israel, has become a huge hit on Instagram thanks to her hairless dark skin and enlarged head, which make her look like a cute bat.

Lucy suffers from a condition called hydrocephalus, which means spinal fluid is not absorbed by her body and it accumulates around the brain instead.

Thanks to her unique look, Lucy has gained tens of thousands of followers on social media. 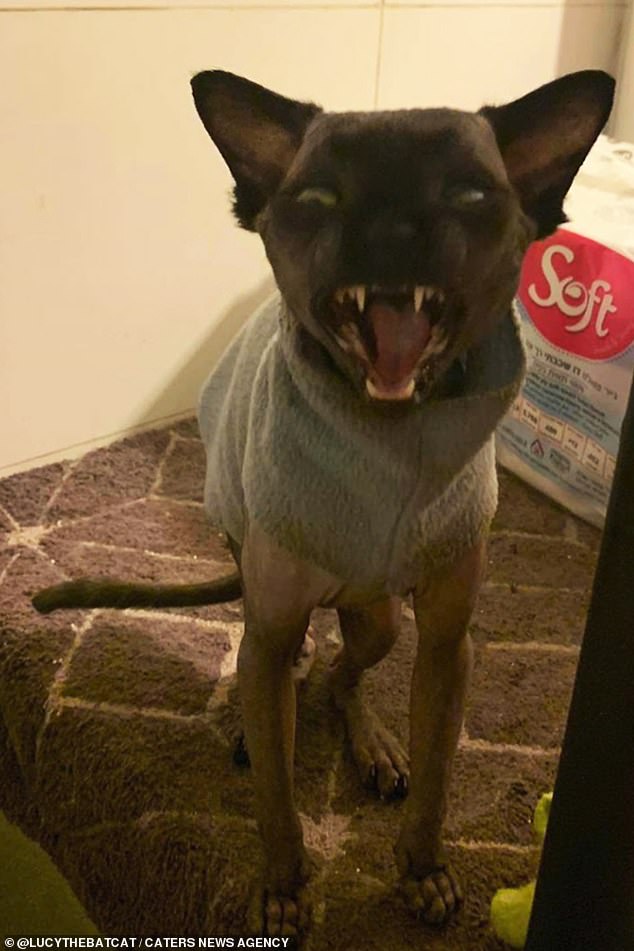 Lucy, a one-year-old Sphynx cat (pictured) from Israel, has gained Instagram fame due to a brain condition that makes her appear like a bat 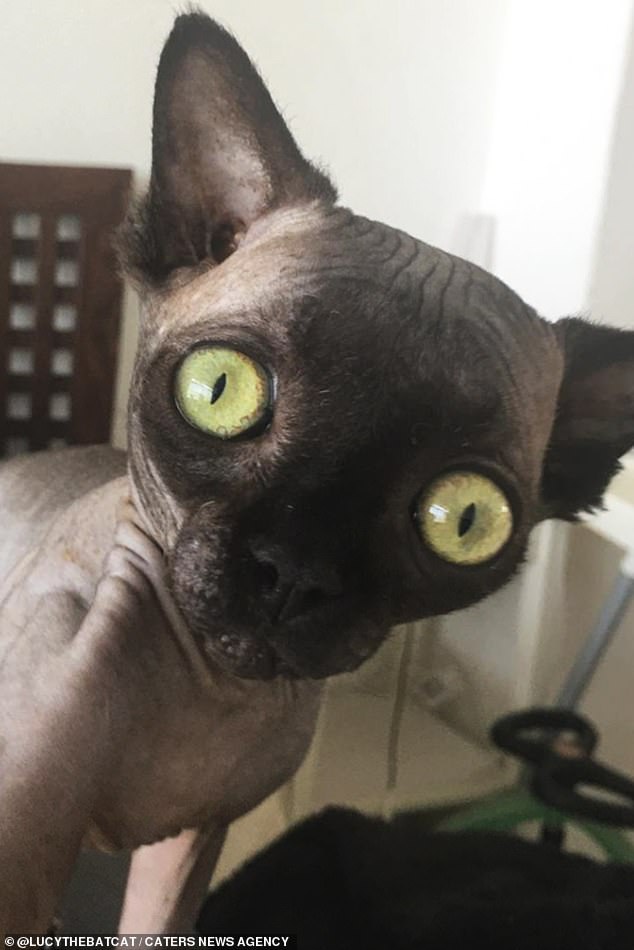 The feline counts more than 22,200 followers on Instagram, where her fans dote on her unusual appearance 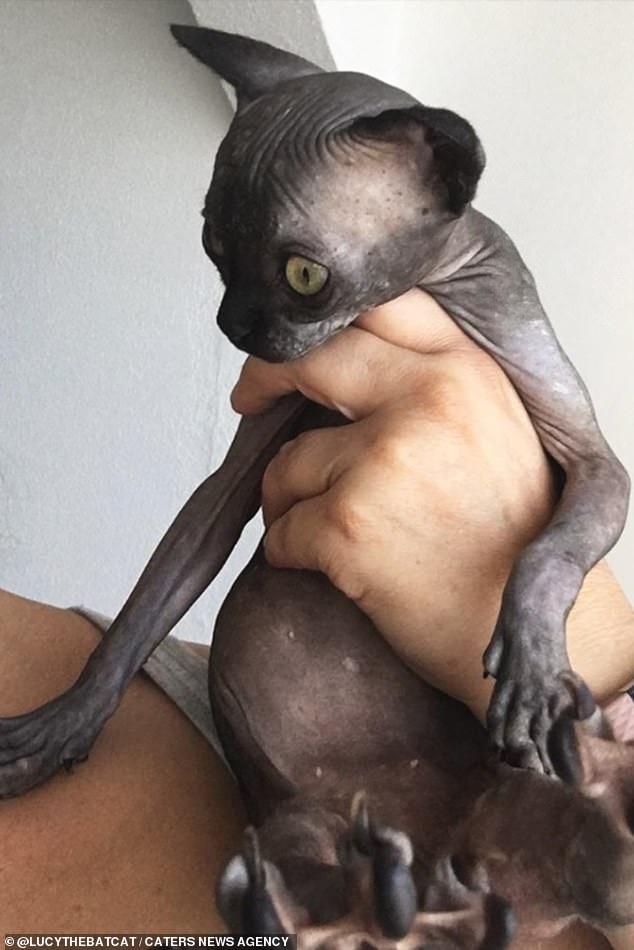 The cat suffers from hydrocephalus, a condition that causes her brain to swell, giving her a bat-like appearance

Owner and computer programmer Zilla Bergamini, 44, said: ‘Lucy was born with hydrocephalus and it made her skull weird because she had a lot of pressure when she was tiny.

‘Eventually, her body managed to keep the pressure to a minimum so she never really experienced neurological issues.

Zilla posts pictures and videos of playful Lucy online, and the cat has been receiving love from people all over the world. 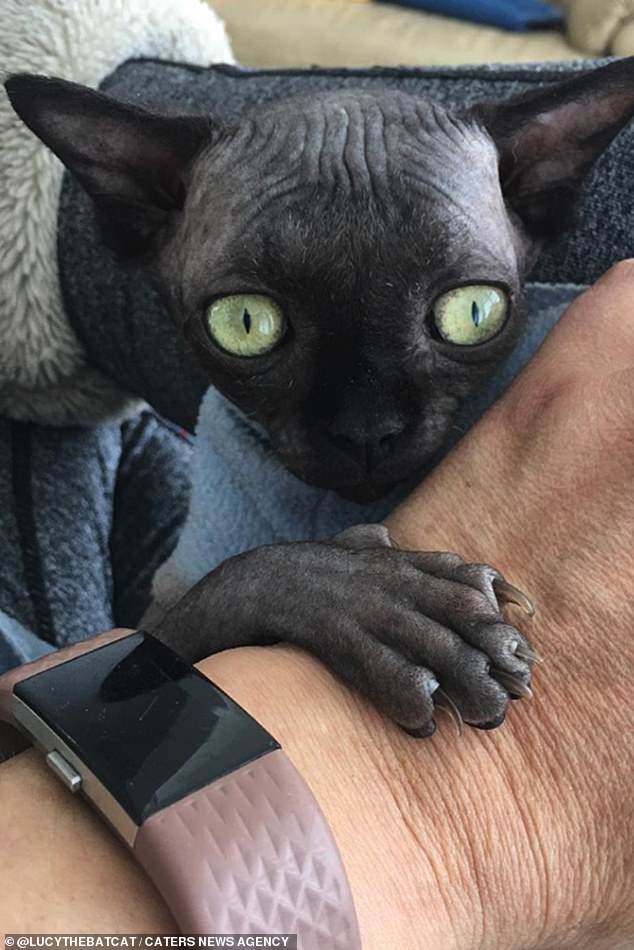 Owner and computer programmer Zilla Bergamini, 44, explained that lucky Lucy never got the neurologicla issues that can sometimes affect cats with hydrocephalus (pictured) 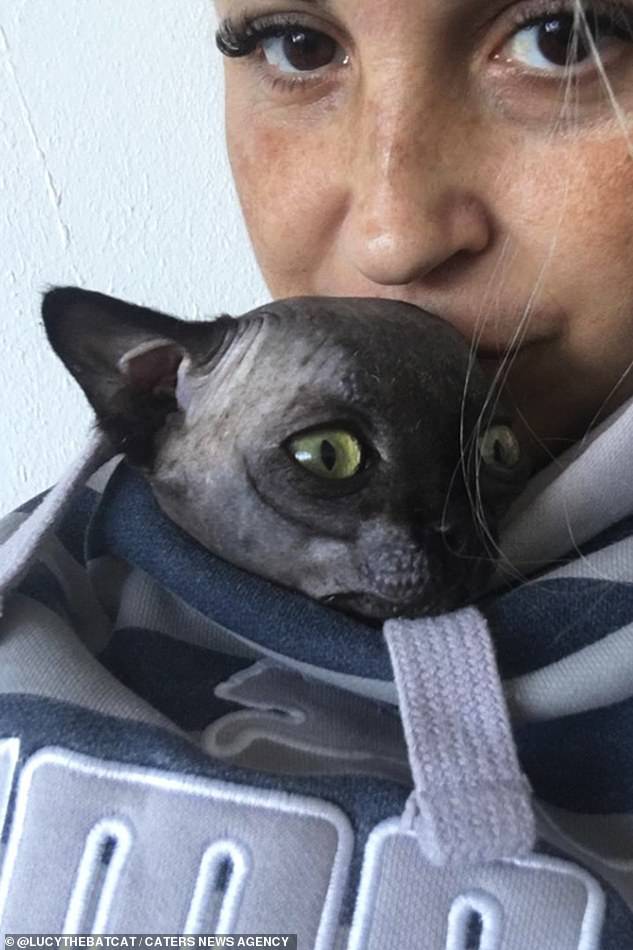 Zilla (pictured with Lucy) said her beloved Feline lived a perfectly normal life, in spite of her enlarged skull

The feline sensation counts more than 22,200 followers on Instagram, who dote on the kitty’s big eyes and large ears.

‘I am in love with Lucy’ one user commented.

Another one said: ‘This cat generates a minute of joy and cuteness and laugh in this world.’ 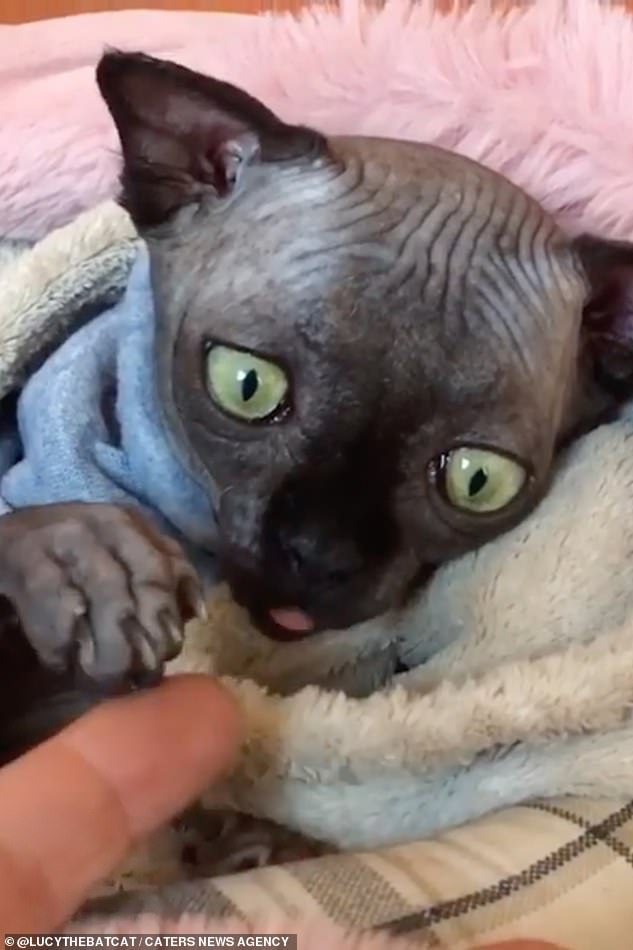 The loving owner shares picture of the cat on her Instagram, where 22,200 fans keep tabs on the adorable feline (pictured) 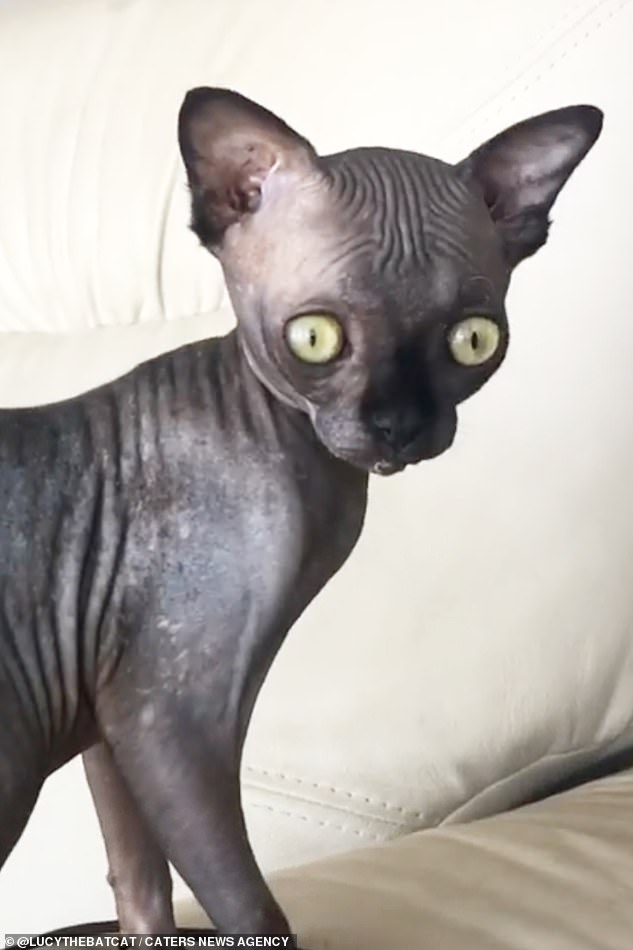 In spite of her unusual appearance, Lucy is a perfectly happy cat (pictured), who enjoys viral fame 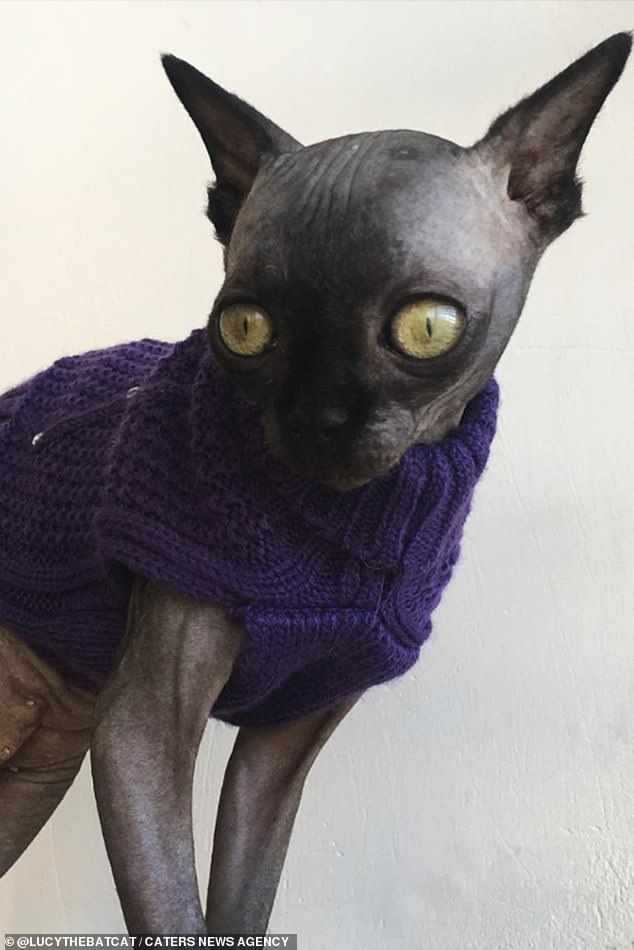 Hydrocephalus is an abnormal dilation of expansion of the ventricular system, which happens due to an increased volume of spinal fluid.

The dilation can affect only one side of the brain or both in some cases.

There exist two types of hydrocephalus: compensatory and obstructive, which can both be congenital (present at birth) or acquired.

In compensatory hydrocephalus the fluids fill the space where the nervous system’s functional parts have been destroyed or failed to develop. This normally results in pressure within the brain.

Congenital hydrocephalus usually becomes apparent within a few week of birth, and up to a year of age.

The condition can lead to neurological issues.

There are no known cause of what causes acquired hydrocephalus.