Jeremy Clarkson has done more for British farming in one TV series than the BBC’s Countryfile has managed in 30 years of broadcasting, according to the Cumbrian sheep farmer James Rebanks.

And I know exactly what he means.

Because you might have seen me alongside the former Grand Tour and Top Gear presenter in episodes of Clarkson’s Farm.

At last the British public have been given a TV programme that tells the truth about farming.

Above all, it makes one thing brutally clear: it is bloody hard work. It’s stressful. It’s on the edge. 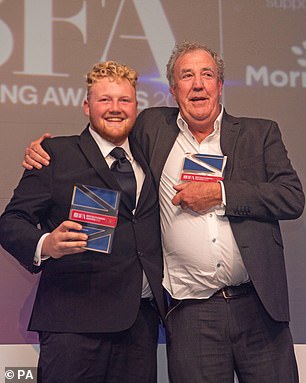 I hope viewers, too, see the amount of enthusiasm that’s involved.

I started on my 13th birthday, when my mum bought me three hens. I worked out that I could make £6-a-week profit from selling the eggs. Six months later I had 450 hens and a delivery round.

I went into school only so I could supply eggs to the teachers.

I love it – but you have to. Because farming is mentally and physically draining.

I’m now in my early 20s and I’ve set myself up as contractor – hiring myself out for specific jobs.

I can do a whole range of different jobs: topping, mowing, hay turning, baling and moving muck or anything involving tractor or loader work.

I start work at 6am and often finish at 1am.

People ask what time I finish and I just say, ‘When the work’s done.’

There’s so much to go wrong, as the viewers see week after week, the main one being the weather.

We’re completely dependent on something we can’t control, and that’s hard.

Like farmers across Britain, we didn’t get enough sun in the Cotswolds this year, so the crops in the ground weren’t drying properly.

Should we have left them there to rot and lose yield? Or should we have paid good money for heating equipment to dry the crops in the barn? How do you calculate that? 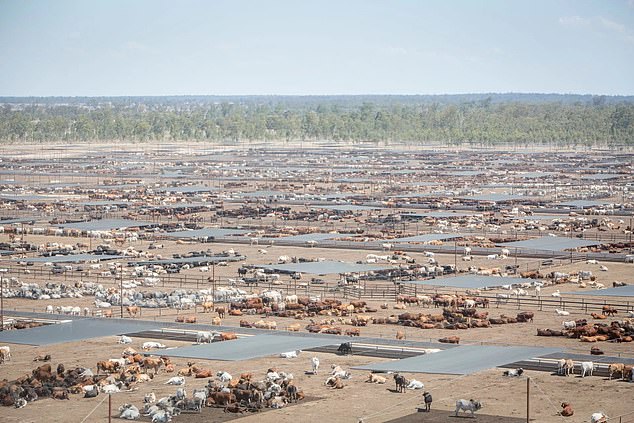 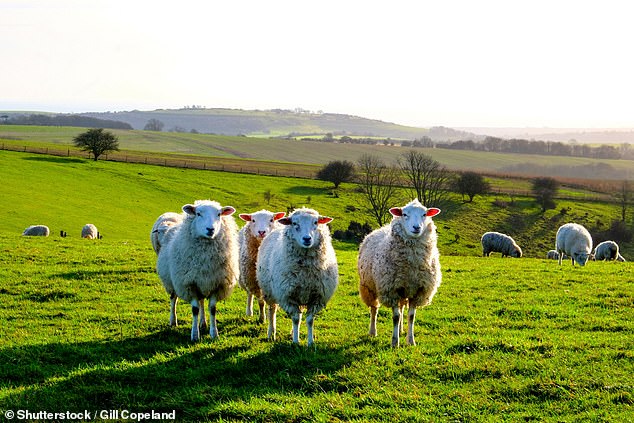 There are no monthly wages in farming and it all tends to come at once when a  job is finished or all the crops have been sold, leading to cashflow problems

If you’re losing £200 an acre, that could be the difference between green and red, profit and loss, staying afloat or going under.

One mistake could cost you 25 per cent of your yield. It’s not like running the hens when I was at school. Today, I have four tractors that cost me £150,000. That’s a lot of money. What if something goes wrong with them? How do you pay?

In farming, we don’t get a monthly wage. It all tends to come at once when you’ve finished a job or sold the crops. So there are big cashflow problems.

Then there’s the shortage of truckers – so spare parts might not arrive for weeks.

Added to all this, the price of steel is shooting up. If I want a new tractor, it’s going to cost me around 20 per cent more.

As for the idea of buying a farm, it’s completely impossible for someone like me. The price of land has gone through the roof.

There’s always something going wrong, whether it’s machinery that won’t work or sheep that keep on escaping no matter what we do.

And financially, it’s getting more complicated every day.

Everything’s up in the air. Right now, the Government wants us to plant fields of flowers and clover to encourage wild birds.

Is that a farmer’s job? I went to college to learn how to grow wheat to feed the people of Britain.

One of the great things about Clarkson’s Farm is that it’s really, really showing people how hard it is – including Jeremy himself.

When he decided to give farming a go, he thought that he’d scatter some seeds on the ground and sit back while they grew into crops. 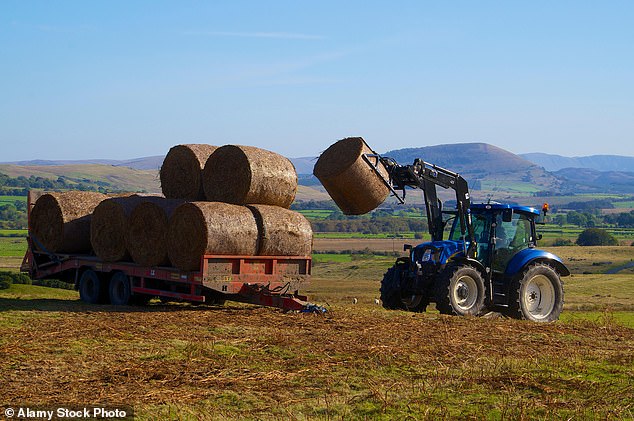 Farming relies on many external variables, whether it’s machinery that won’t work or sheep that keep on escaping

I can tell you, he’s been a bit shell-shocked by how hard he’s had to work.

I hope, as well, that viewers can see how much effort and time goes into creating something as apparently simple as a loaf of bread.

Shoppers can buy one for as little as 50p and never think about everything that has gone into making it.

Perhaps being aware of all this now will persuade more people to buy British, too.

Today, the average age of a farmer in this country is around 61. I’m not surprised.

Young people will be asking themselves, ‘What’s in there for me?’ And ‘How much money will there be at the end of the year?’ It’s not easy to find the answers.

More than anything else, we need reassurance from politicians that farmers like us are wanted, that it will still be possible to make a living from growing and rearing good food to high standards – and that there’s a future for people like me.

l Kaleb Cooper and Jeremy Clarkson have just been honoured by the British Farming Awards for raising the profile of British farming.

Tags: appeal, British, buy, from, J, SOS
You may also like
Celebrities News