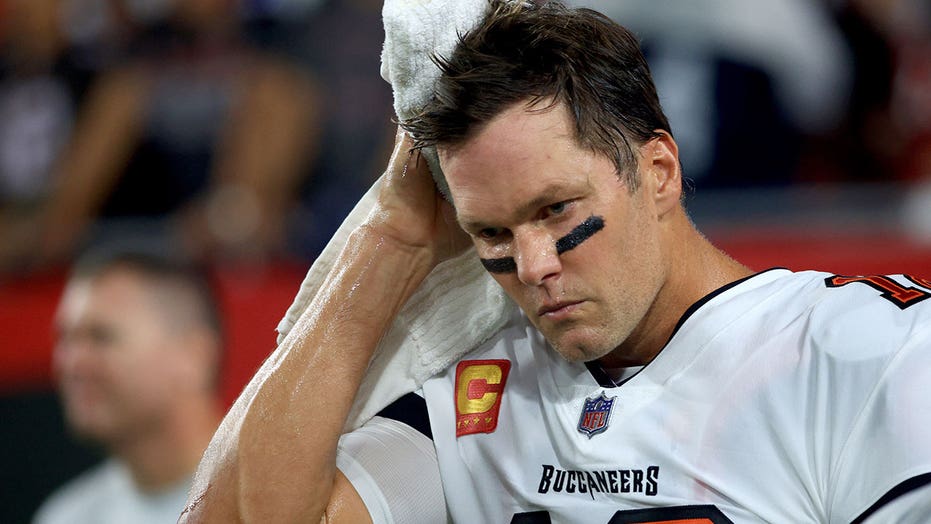 Tom Brady isn’t a fan of the NFL’s rule change on jersey numbers, he doesn’t appreciate the recent push to enforce the taunting rule and now he thinks the league’s gone soft.

The Tampa Bay Buccaneers quarterback is playing his 22nd season and in that time he’s been able to witness first-hand the evolution of the game. During Monday’s episode of the “Let’s Go!” podcast, he lamented over the risks quarterbacks are now forced to take playing out of the pocket — something he believes is a direct cause of defensive lineman trying to avoid penalties.

“You’re definitely more injury prone because you’re out of the pocket,” he said. “You don’t have the types of protection that you typically have in the pocket. And I would say the one thing that’s probably changed over the years in terms of why it’s probably gone a little more this way is, and I’ve alluded to this in the past, I think they’re calling more penalties on defensive players for hitting for violent contact.”

Brady referred to the unnecessary roughness penalty given to center Ryan Jensen during a critical point of Sunday’s game against the Atlanta Falcons.

“We got called on a play yesterday where Ryan Jensen’s going basically to protect our runner, and they throw an unnecessary roughness on an offensive lineman that I don’t think would have been called, you know, five years ago. There’s a lot of plays and hits that are happening on quarterbacks now, that are flags for defensive players, that probably weren’t that way 10 or 15 years ago,” the legendary quarterback said.

Jensen was also handed out the first dose of the NFL’s taunting enforcement in the season opener against the Dallas Cowboys.

“So I’d say the game is a little softer than it used to be,” Brady said. “I think the defensive players are more on the defensive when they go in to tackle. And I think that’s probably adding to this element of quarterbacks outside the pocket and taking more chances, you know, than they did in the past.”

The league is obviously trying to combat the long-term health effects that hard hits can have on players but at the same time, Brady believes this is leaving quarterbacks more vulnerable to injury.