BT is fighting back against claims its network won’t cope with the pressure of UK workers staying at home. Just last week, one expert revealed millions of Brits could find themselves without access to the internet as extra traffic is pumped through local networks.

Speaking to the Daily Telegraph, Professor Izzat Darwazeh, Chair of Communications Engineering at University College London, said: “I doubt that the core network can cope if even tens of thousands of people who work in the City of London are forced to work from home and need access to video conferencing and trading systems.”

However, it seems BT is confident its broadband service can survive the onslaught of people logging on during the coronavirus outbreak.

The types of applications that people regularly use at night – such streaming video online and downloading games – use far more bandwidth than typical working tools like emails, document collaboration software or even voice and video conferencing. 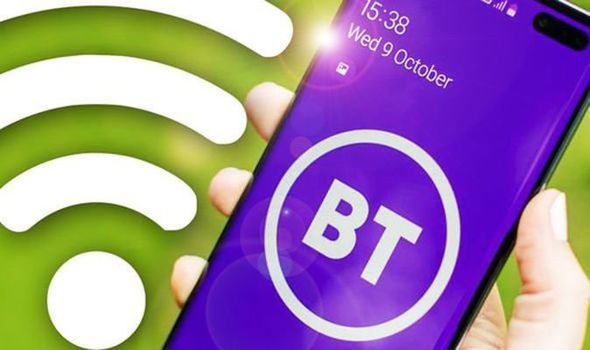 As a result, BT says it is confident the UK’s broadband network could handle mass-scale home-working in response to COVID-19.

Speaking about the challenges ahead, Marc Allera, CEO of BT’s Consumer division: “Even with a massive increase of people working from home, broadband traffic won’t reach the levels of peak times where millions of people stream HD video at the same time. That’s the kind of traffic we’ve built our networks to support.

“We’re making sure there’s plenty of capacity in the network and that critical services are supported, and our network has more than ten times the amount of capacity needed for normal everyday use.

“Working from home won’t generate significantly more traffic across our network than working in the office, even with more video calling and conferencing. So if more people need to work from home, our network will keep up with demand.”

Although BT’s broadband is expected to cope there are signs that home working is putting a strain on digital services.

Earlier this week, thousands of mobile users faced hours without the ability to make phone calls with all the major networks hit by the glitch.

“Today the industry experienced an issue that meant some calls between different networks were unable to connect,” said O2 in a statement.

“At a time when the country needs connectivity most, it is important we work together rather than pointing fingers before facts have been determined.

“As this was a problem for a multiple networks, there is a National Emergency Alert for Telecommunications and Ofcom call at 2:30pm this afternoon to determine the route of the issue to ensure this doesn’t happen again.”