Former Britney Spears employee lawyers up ahead of court battle

The pop star posted — and promptly deleted — screenshots of text messages that she sent her mom, friend and lawyer after allegedly being forced into a mental health facility in 2019.

In the first screenshot, the “Toxic” singer wrote to her mother, Lynne Spears, “He was saying he wants to UP the seraquil [sic] and I’m like whoaaaaaaa horsey go f–k yourslwf [sic].

“Seraquil I thought was a sleep aid but it’s for bipolar and is WAAAAAY Stronger than lithium.”

It is unclear whether Britney was referring to a doctor or her father, Jamie Spears, who controlled her medical care as her conservator.

Seroquel, also known as quetiapine, is an antipsychotic medication that treats mood disorders including schizophrenia and bipolar disorder, according to WebMD.

“I literally feel alll [sic] the sick medicine in my stomach,” Britney continued in her text to Lynne. “I feel like he’s trying to kill me. I swear to god I do.”

The Grammy winner claimed in her Instagram caption that she got “no response” from Lynne, 67, at the time, but she did hear from her mom when she checked out of the facility.

“Her words were ‘You should have let me visit you and give you a hug,’” Britney wrote. 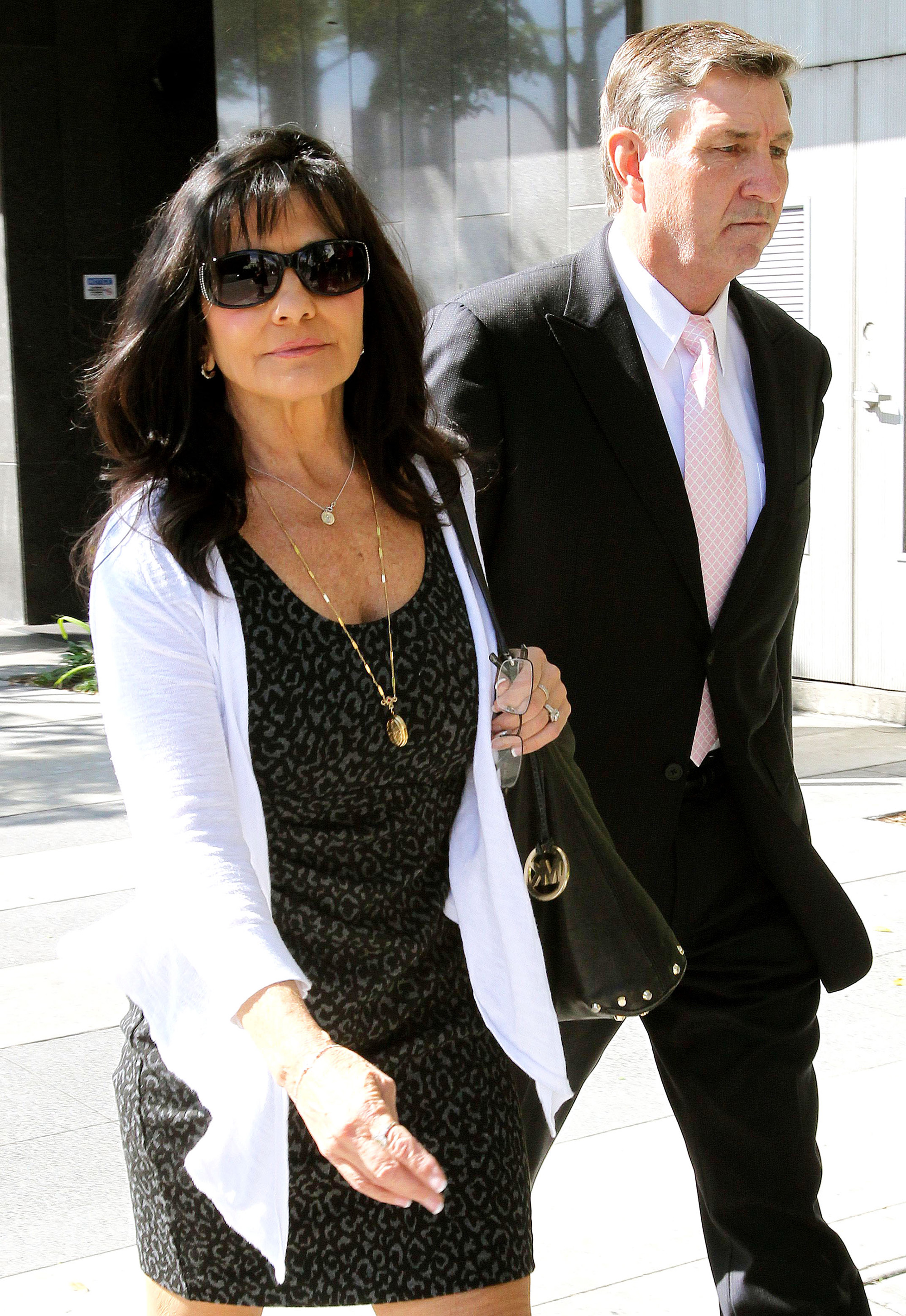 In the second screenshot, the “Crossroads” star asked her childhood friend Jansen Fitzgerald to help her find new counsel.

When Britney’s conservatorship began in 2008, a Los Angeles judge appointed a lawyer to represent her. She did not win the right to hire her own attorney until 2021.

“I need John bells number please,” Britney texted Fitzgerald in 2019. “When u can.”

She then asked her friend about lithium, the mood-stabilizing drug that Britney told the court in 2021 made her feel “drunk” after her team allegedly changed her meds without her say.

“I have a feeling you will say I will be ok but it still doesn’t make sense,” Britney texted Fitzgerald, claiming in her Instagram caption that she “never heard back from her” either.

In the final screenshot, the “Oops! … I Did It Again” singer informed her court-appointed lawyer, Samuel D. Ingham III, that she wanted to make some changes in her life after being released from the facility.

“I want to talk about going to court when this is done and getting my medical rights,” she wrote, adding that she wanted her conservatorship to end.

“When this program is over I don’t want to work at all … I want to live for me and have an adventurous life,” Britney told Ingham. 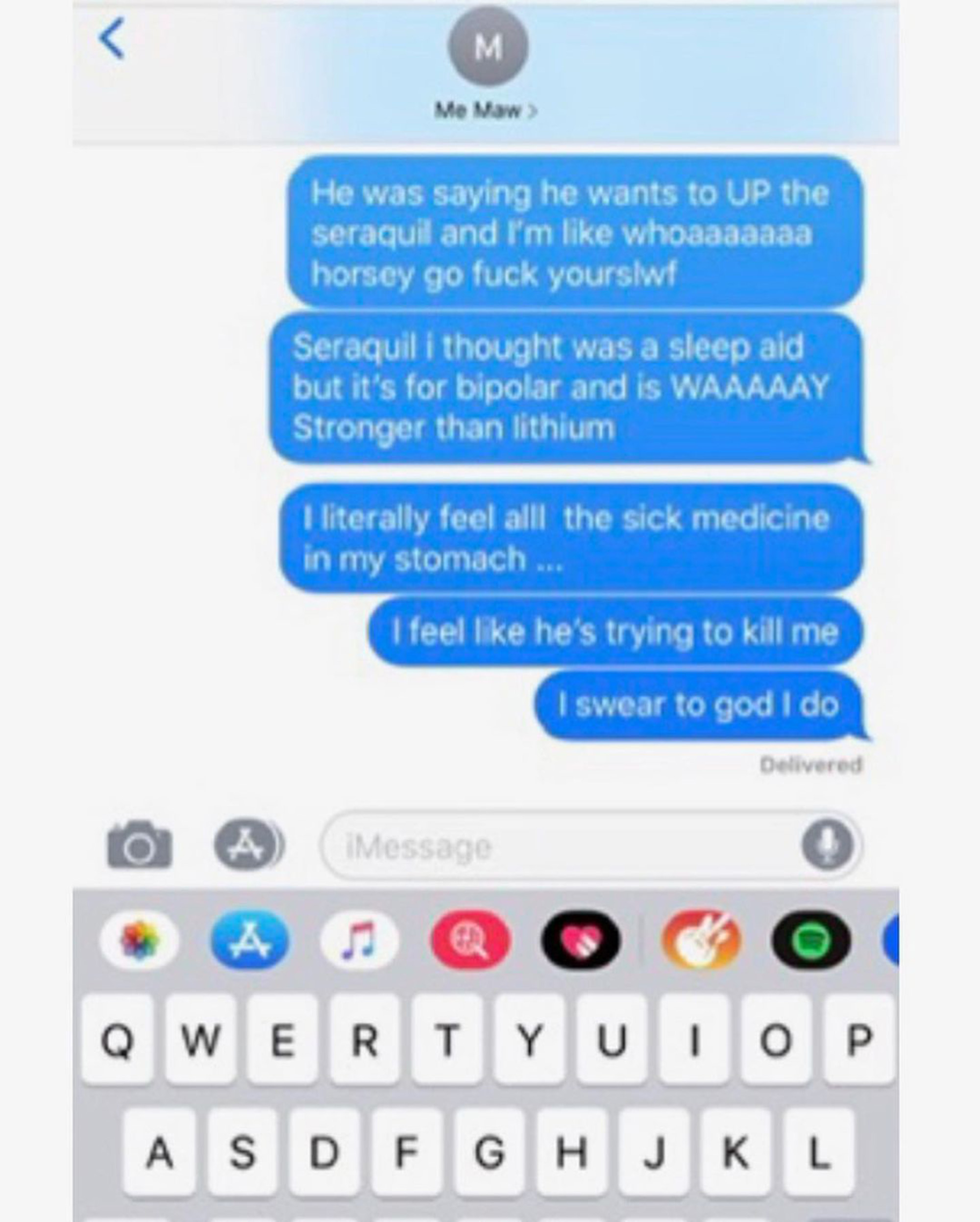 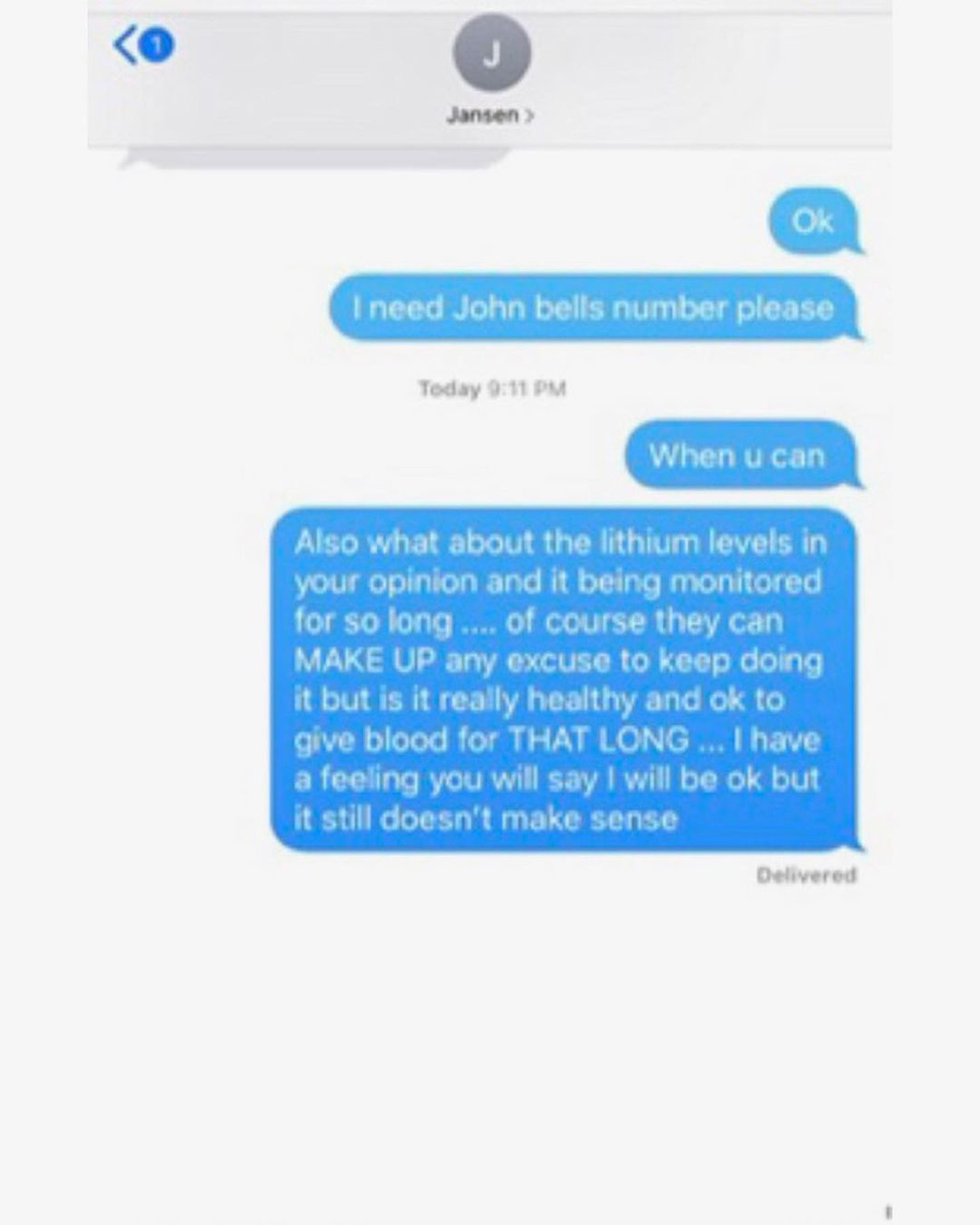 Britney texted her then-lawyer, Samuel D. Ingham III, that she wanted her conservatorship to be “over.” 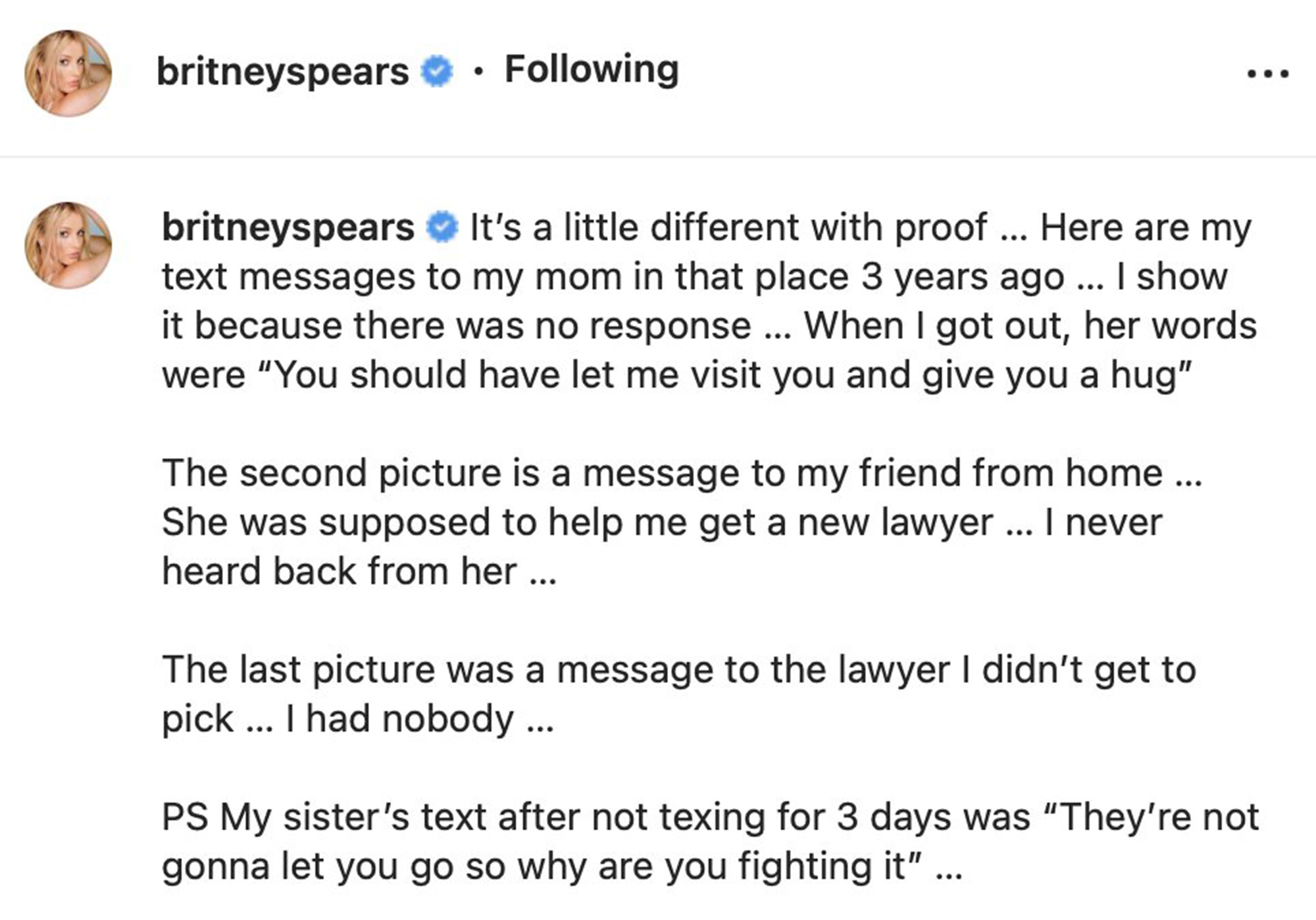