Britney’s dad allegedly called her ‘fat,’ and a ‘whore’ days after conservatorship began

Britney Spears wants her lawyer to get to work, bitch.

Thirteen days after the pop star, 39, told a Los Angeles judge that her “abusive” conservatorship should end, her court-appointed attorney, Samuel D. Ingham III, still has yet to file the paperwork necessary to begin the process.

“Britney doesn’t understand what the holdup is,” a source exclusively told Page Six. “She feels she made it crystal clear in court that she wants the conservatorship terminated, but nearly two weeks later, she’s still waiting for the petition to be filed.”

Spears testified during a virtual hearing on June 23 that she “honestly didn’t know” at first that her conservatorship — which has controlled her life and finances since February 2008 — could be dissolved. During her impassioned 24-minute address, she said the arrangement has done her “way more harm than good” despite initially being put in place to save her from a mental health crisis.

Six days after the hearing, while the Grammy winner was on vacation in Hawaii with her boyfriend, Sam Asghari, two legal insiders told Page Six that Ingham had drafted up the petition and was expected to file it imminently.

“Britney and Sam [Ingham] have been in touch multiple times since her testimony,” the first source said. “During those conversations, she has reiterated to him that she wants him to file the paperwork to end the conservatorship.” 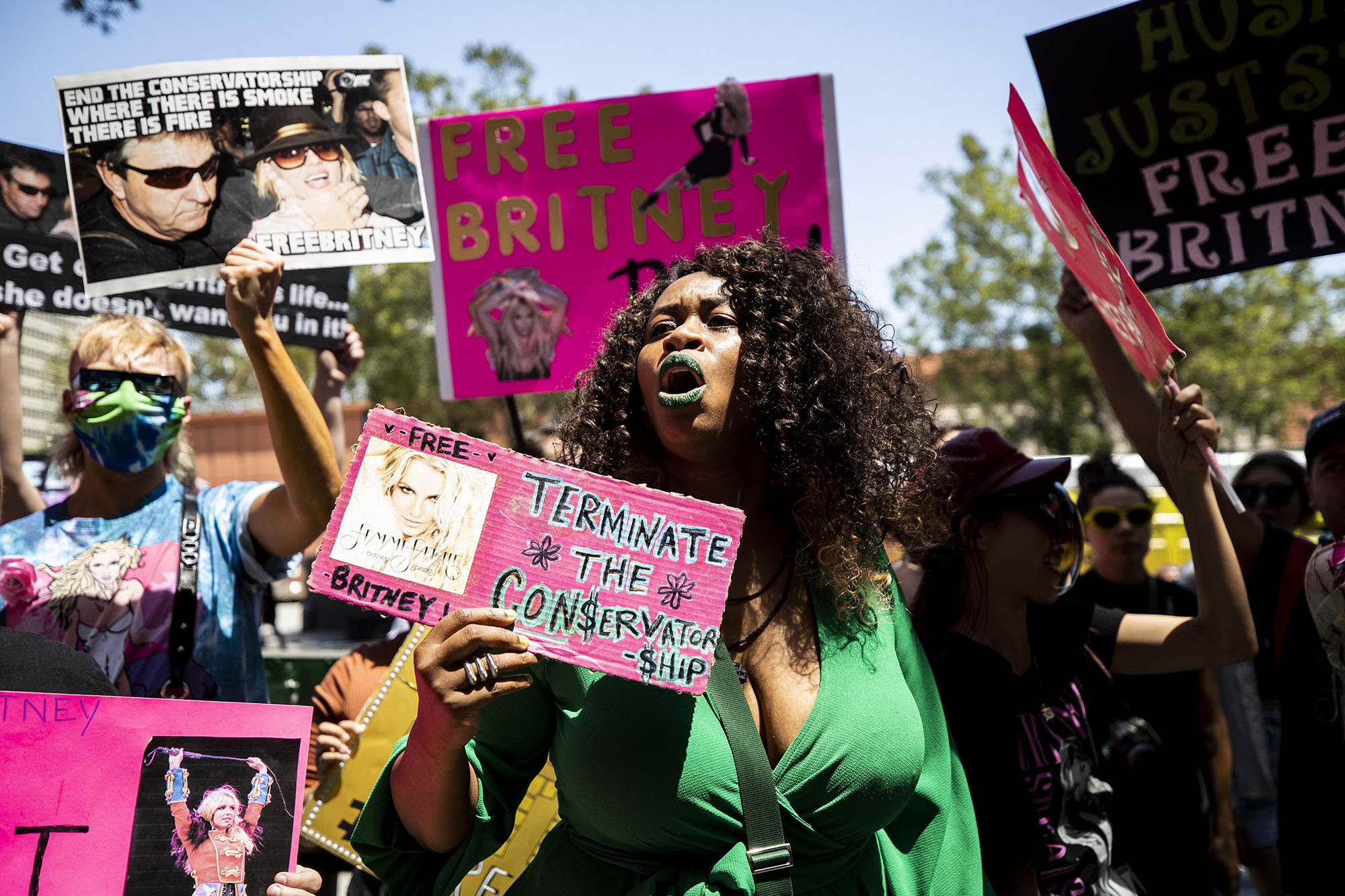 While it is unclear why Ingham has yet to do so, there have been a few shake-ups within Spears’ inner circle in recent days that could be to blame for the delay.

On Thursday, the private wealth management firm Bessemer Trust requested to resign as co-conservator of the “Toxic” singer’s estate, saying in court documents obtained by Page Six that its team had only recently “become aware” that Spears “objects to the continuance of her conservatorship.”

Then, on Tuesday, Spears’ longtime manager, Larry Rudolph, submitted a letter of resignation to her estranged father, Jamie Spears, who has had a key role in managing her estate for the past 13 years, and Jodi Montgomery, the licensed fiduciary temporarily appointed to oversee Britney’s personal affairs.

“Earlier today, I became aware that Britney had been voicing her intention to officially retire,” Rudolph, 57, wrote in part, noting that he feels his “professional services are no longer needed.”

While Britney herself has not announced any plans to quit music, Ingham previously said in court that she is “afraid” of Jamie, 68, and “will not perform again if her father is in charge of her career.”

The “Crossroads” actress has been on an indefinite work hiatus since January 2019.

Ingham did not immediately respond to Page Six’s request for comment.

Tags: ‘doesn&#8, Britney, Spears
You may also like
Celebrities News