The dunkable digestive came out top in a poll of 2,000 people who were asked to list their top ten favourite biccies. 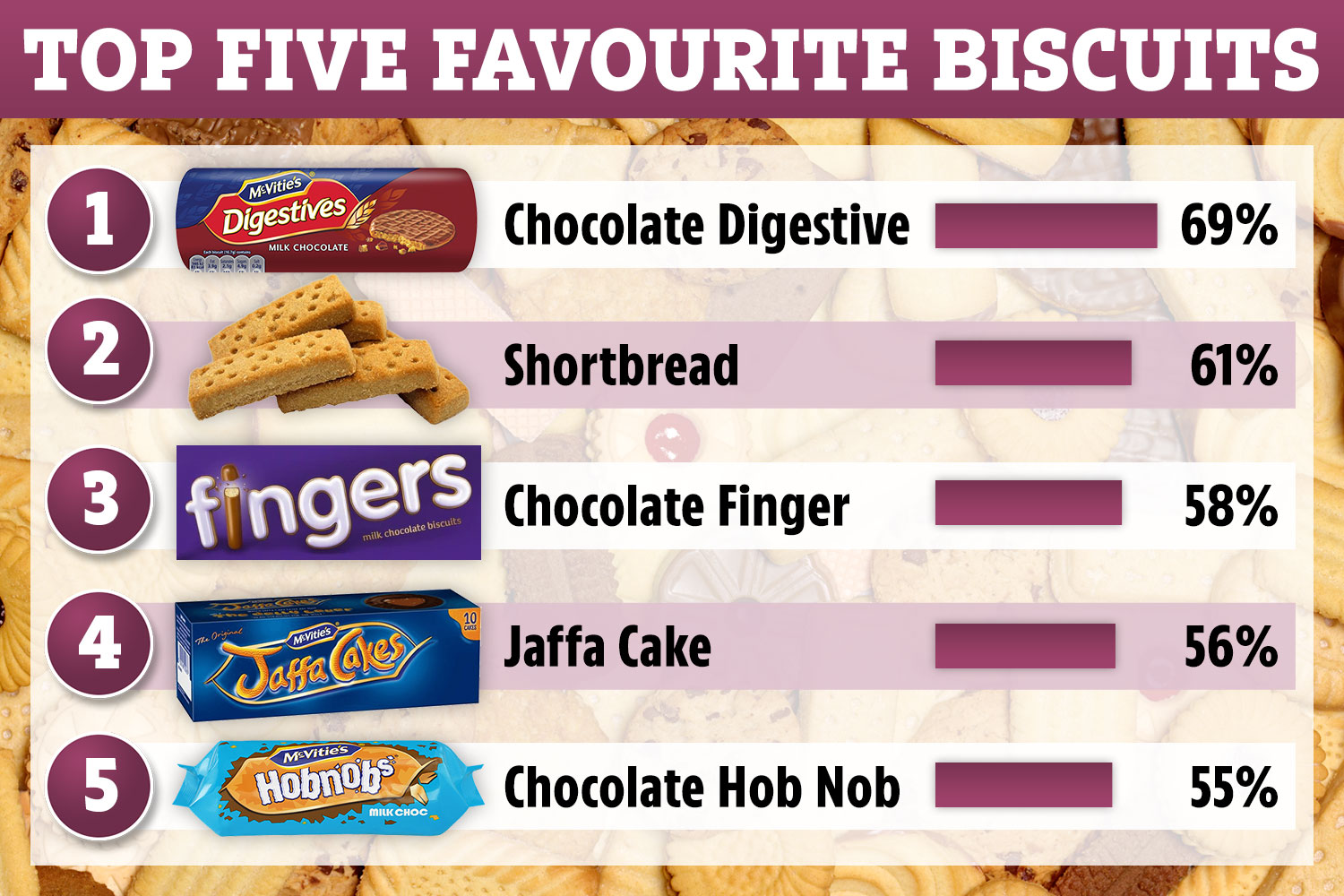 A whopping 69% said it was their fave.

Shortbread came in just after in second place, Chocolate Fingers were in third place, while the controversial Jaffa Cake was ranked fourth favourite, followed by Chocolate Hob Nobs.

The Jaffa Cake is as it's name suggests, is technically a cake and not a biscuit.

A 1991 VAT tribunal ruled they aren't technically biscuits because they go hard if left out – but they've still been included in the research.

When it comes to treats from across the pond, Oreo ranked just 16th while Maryland Cookies came in at a more impressive number 8.

HERE are the UK’s top 20 favourite biscuits, according to a study of 2,000 people by Perspectus Global:

Figures don't add up to 100% as people polled were instead asked to name their top ten favourite biscuits and the results are based on these.

The top ten was rounded out by Custard Creams in sixth place, then Jammie Dodgers at number seven, with the classic Bourbon and Fox's Crunch Cream in ninth and tenth respectively.

See the full top 20 list in the box above.

Brits scoff their way through 11 biscuits a week, on average, the study by Perspectus Global found.

A cup of tea is the beverage of choice to accompany the snack while 22% plump for a coffee.

And a generational divide was discovered between dunkers: 23% of those aged 16 to 29-years-old do compared to just 11% of over-60s.

And bakers have shared their simple recipe for making biscuits at home.

Tags: 20, Britain's, favourit, Top
You may also like
Celebrities News