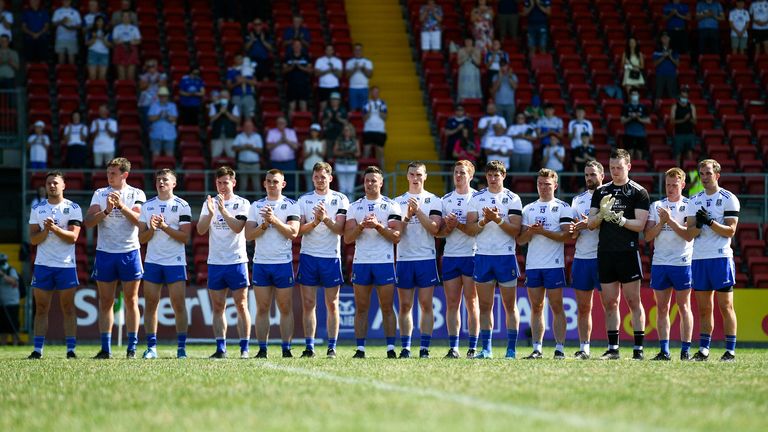 The Farney County’s U20 team captain lost his life on Friday night in a car accident.

Earlier in the week, the county’s sponsor Philip Traynor passed away.

“We lost our minor captain last night in a car accident. We lost our main sponsor and our biggest supporter Phillip Traynor last week.

“We had to put aside our emotions, our feelings for today’s game. We talked about it in our team meeting. But my feeling is devastation for Ogie Duffy’s family, and Philip Traynor’s family. It’s been one of the toughest weeks of our life.

“It’s devastating news for Monaghan football. This man had a huge future in front of him in Monaghan football. He was a brilliant leader. I’ll tell you a short story. I let the players pick the captain of my minor team in 2018. It was a 30-man panel. 24 players voted for Ogie Duffy as their captain. That’s the type of fella he was. So it’s devastating for us. Unfortunately for the Duffys, life will never be the same again. The rest of us can possibly go on with our lives.”

Monaghan’s victory sees them qualify for the Ulster final for the first time since 2015.

“This result means a lot to Monaghan football,” Banty continued.

“It’s of huge importance to this group. We worked tirelessly to get to where we are today. We had a tough 18 months with Covid, the country had. But our lads stuck to it, and back was to the wall there. We were a point down with five minutes to go. Leaders stepped up. We talked about this. We don’t have to make leaders. We have them. And they’re in our dressing room. I’m really proud of the lads.

“We set aside, we can go back to that this evening, the unfortunate incidents last night and last week. But my feeling is delight for this group of players, now that I have that out. I’m absolutely delighted for this group. And it’s a step forward for us.”