BRANDON WILLIAMS has signed a new contract at Manchester United after a stunning breakthrough season.

The left-back, 19, put pen to paper on a new deal which keeps him at Old Trafford until 2024, with the option to extend that by a further year. 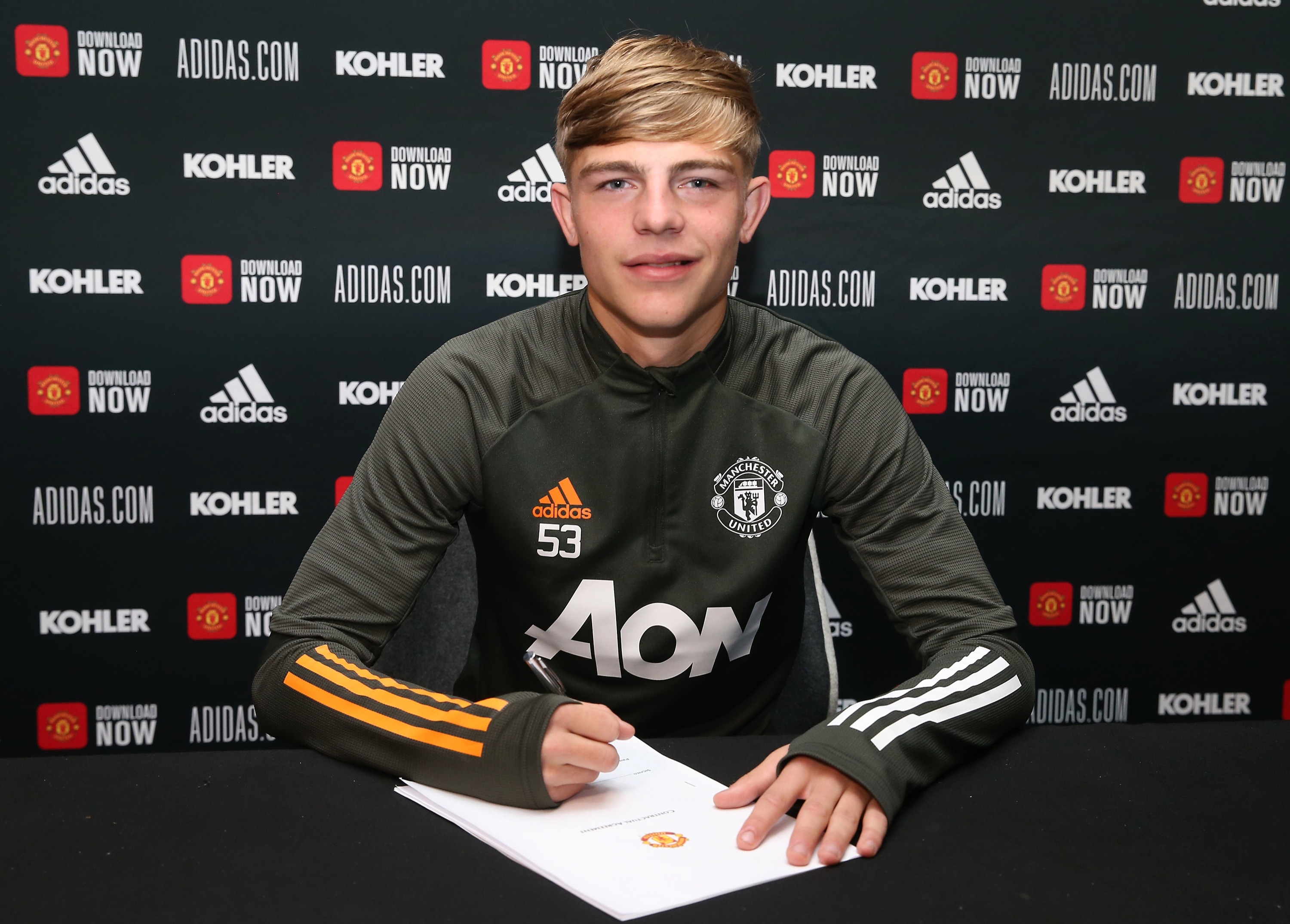 And he is expected to receive a bumper new pay packet, improving his previous £4,000-a-week terms.

A product of the famous United academy, Williams made his first-team debut in the Carabao Cup win over Rochdale in September.

And with Luke Shaw continuing to battle injury problems, Ole Gunnar Solskjaer persisted with the teenager for much of the season.

In total, he has already racked up 33 senior appearances this term and could add to that with United still in the Europa League, where United have one foot in the quarter-finals already.

He is set to keep his place for the reminder of the competition due to another injury to Shaw.

Speaking to the club website, Williams said: “Signing this contract is another really proud moment for myself and my family.

"Having been at Manchester United since I was seven years old, it’s genuinely a dream come true to be playing in the first team.

"It has taken a huge amount of hard work to reach this point and it has been really special for me to break through into the squad.

“I’ve learned a lot throughout the season from the manager, his coaching staff and my team-mates and I want to repay the trust that they have all shown in me.

"I know that everyone at the club is working really hard every day to achieve success in the coming years and I am really excited to be a part of that.”

Williams is one of 12 stars to have come through the academy and play for the first team this season, joining the likes of Marcus Rashford, Mason Greenwood and Scott McTominay.

And it is testament to the England Under-20 defender's performance levels and maturity that he has kept £30million man and senior Three Lions international Shaw out of the team for large chunks of the season.

Boss Solskjaer clearly trusts him massively and has high hopes for his future in a Red Devils shirt – with the club thought to have called off the search for a new left-back as a result of his emergence.

So it is little surprise United have moved swiftly to reward Manchester-born Williams for his excellent campaign and tie him down for the next four years.

Norwegian Solskjaer said: “Brandon has had an excellent first season, so we are delighted that he has signed a new contract.

"This new deal is a real testament to his hard work and the progress that he has made since his debut.

"Brandon never looked back after stepping up from the academy and, having come all the way through the system, he understands what it means to play for Manchester United.

“He has all of the attributes required to be a member of this exciting young squad.

"He will continue to learn every day in training and we look forward to watching him develop over the coming seasons.”