A 7-year-old boy is breaking barriers for those with skin pigment conditions.

Samuel Silva, from Bahia, Brazil, was born with piebaldism, a rare genetic condition that results in sections of his skin being white from lack of melanin. Piebaldism runs in his family — his mother and grandmother have the same distinctive mark across their foreheads. But Samuel has been the only one to spin his unique look into a modeling career.

It’s taken generations for the family to embrace their appearance, however. His grandmother, Dona Dionisia, 65, was bullied so much for the markings of white that she wore long shirts and pants to cover her skin.

Samuel’s mother, nail technician Nivianei de Jesus Purificaçao, 41, took the opposite approach, wearing tank tops and skirts and embracing her skin color with confidence. When children in her neighborhood began to call her Free Willy after the orca in the 1993 movie, she took the othering in stride and used the nickname herself.

Still, she had hoped her children wouldn’t have to endure the constant looks from strangers, many of whom stopped them to ask if they had experienced burns or some other trauma. Nivianei’s daughter was born without piebaldism. When Samuel was born in 2013 with the condition, the family at first tried to hide it by shaving his head to hide the markings, which also show up in his hair.

The condition, which affects 1 out of every 20,000 babies born, does not have any negative health effects. But the alienation can be devastating for kids.

“Nivianei knew she would have to do whatever she could to help Samuel grow up being proud of his skin,” Samuel’s uncle, Julio Sanchez-Velo, 53, told Media Drum. But, “the family brought him up to accept himself and his differences.”

In February of last year, they started an Instagram account to share stunning pictures of Samuel. The self-proclaimed “supermodel” now has more than 30,000 followers on the platform.

“Samuel’s hair in particular is stunning,” Julio said. “Once they let it grow into an afro it looked amazing.” 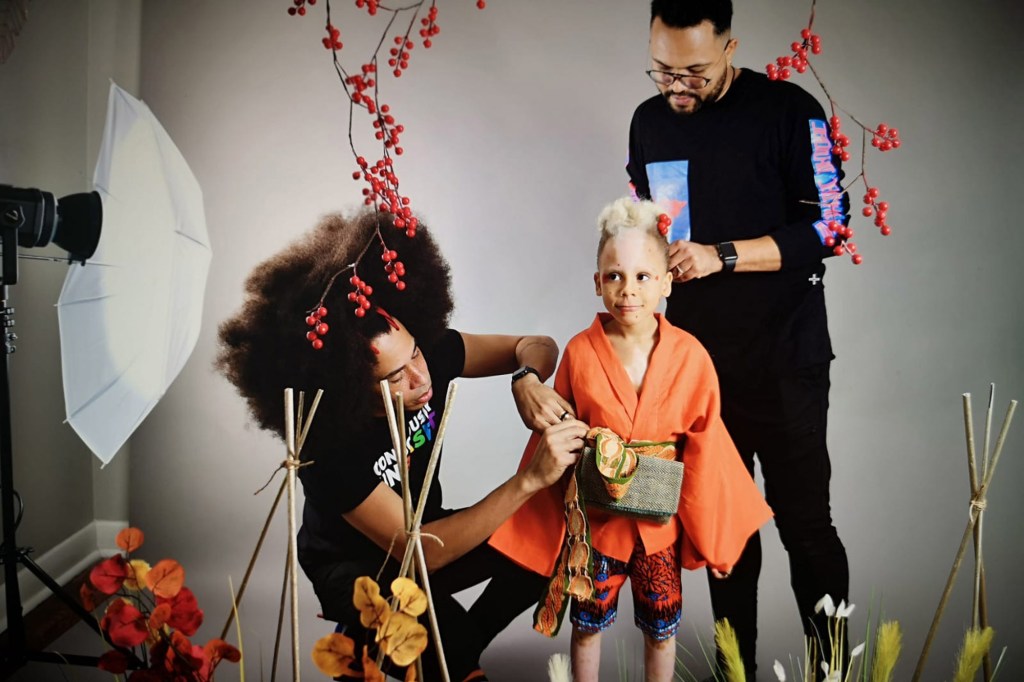 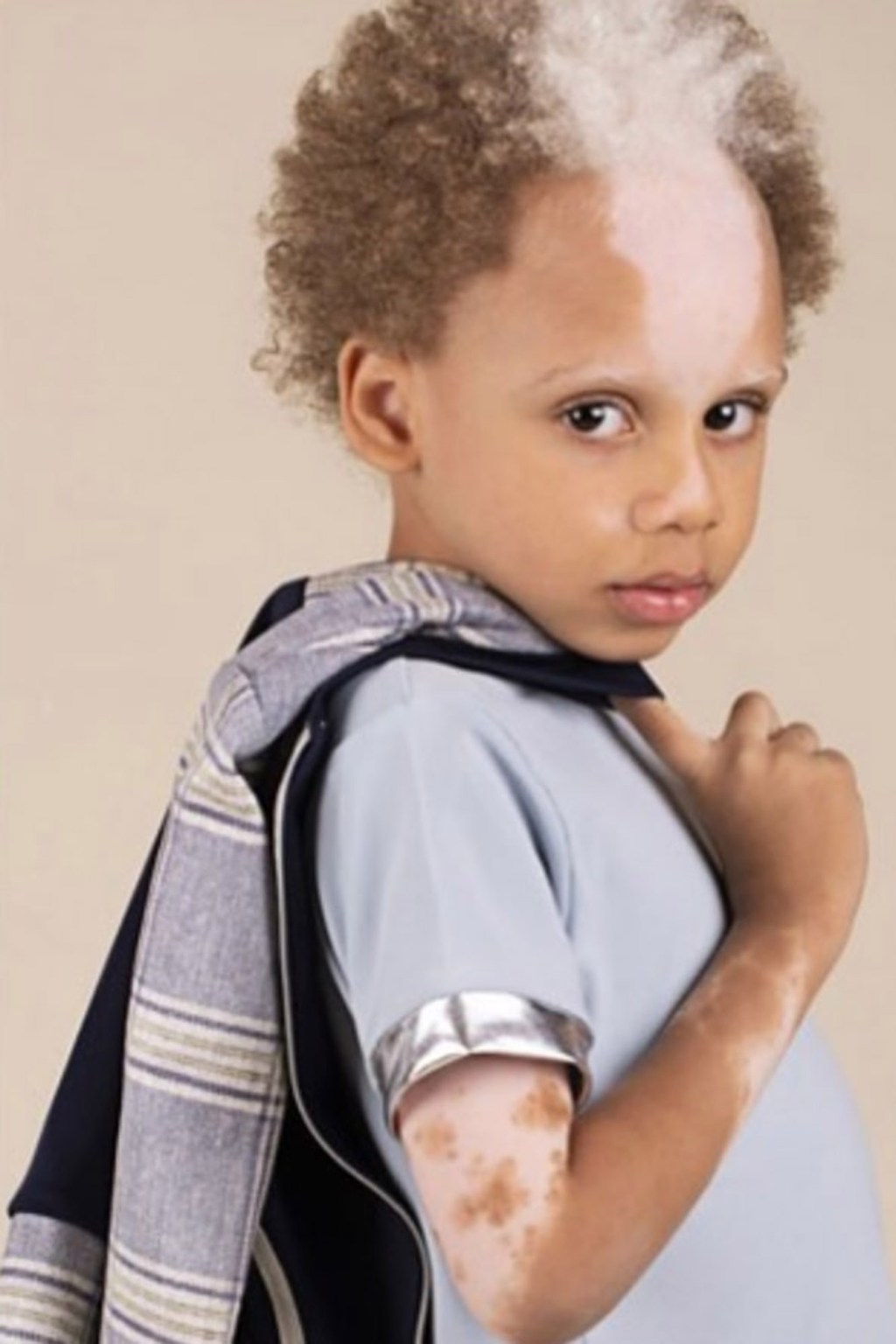 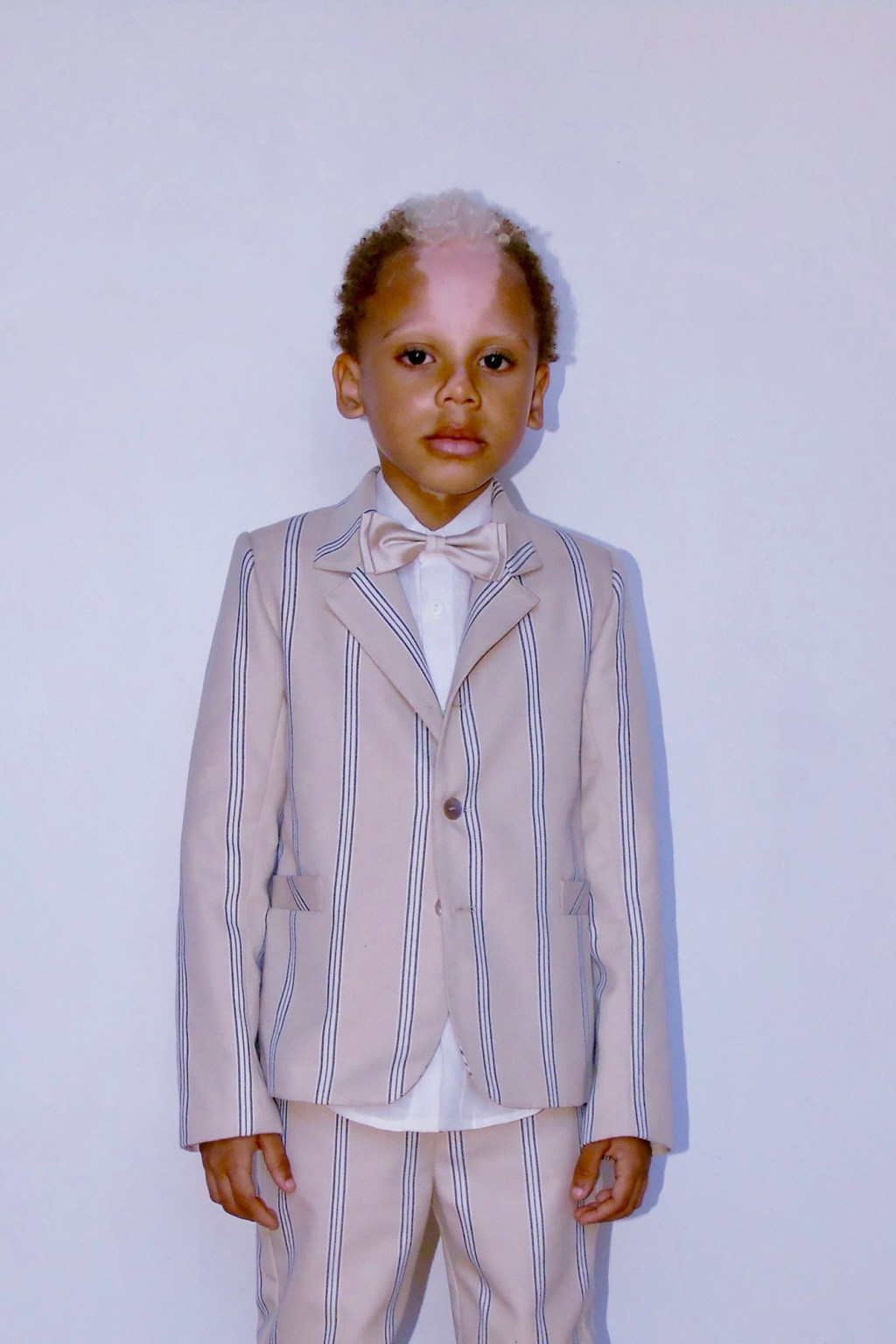 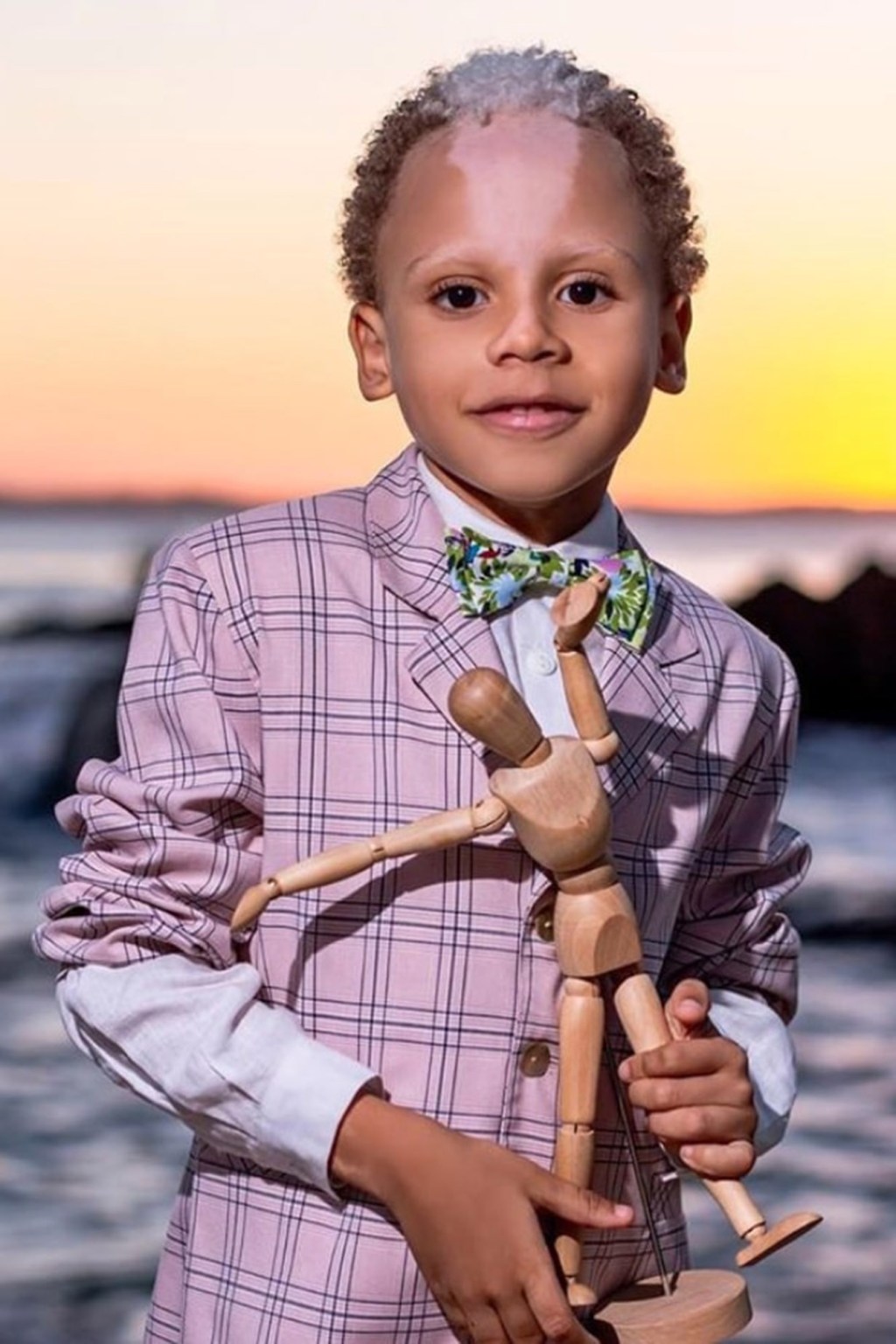 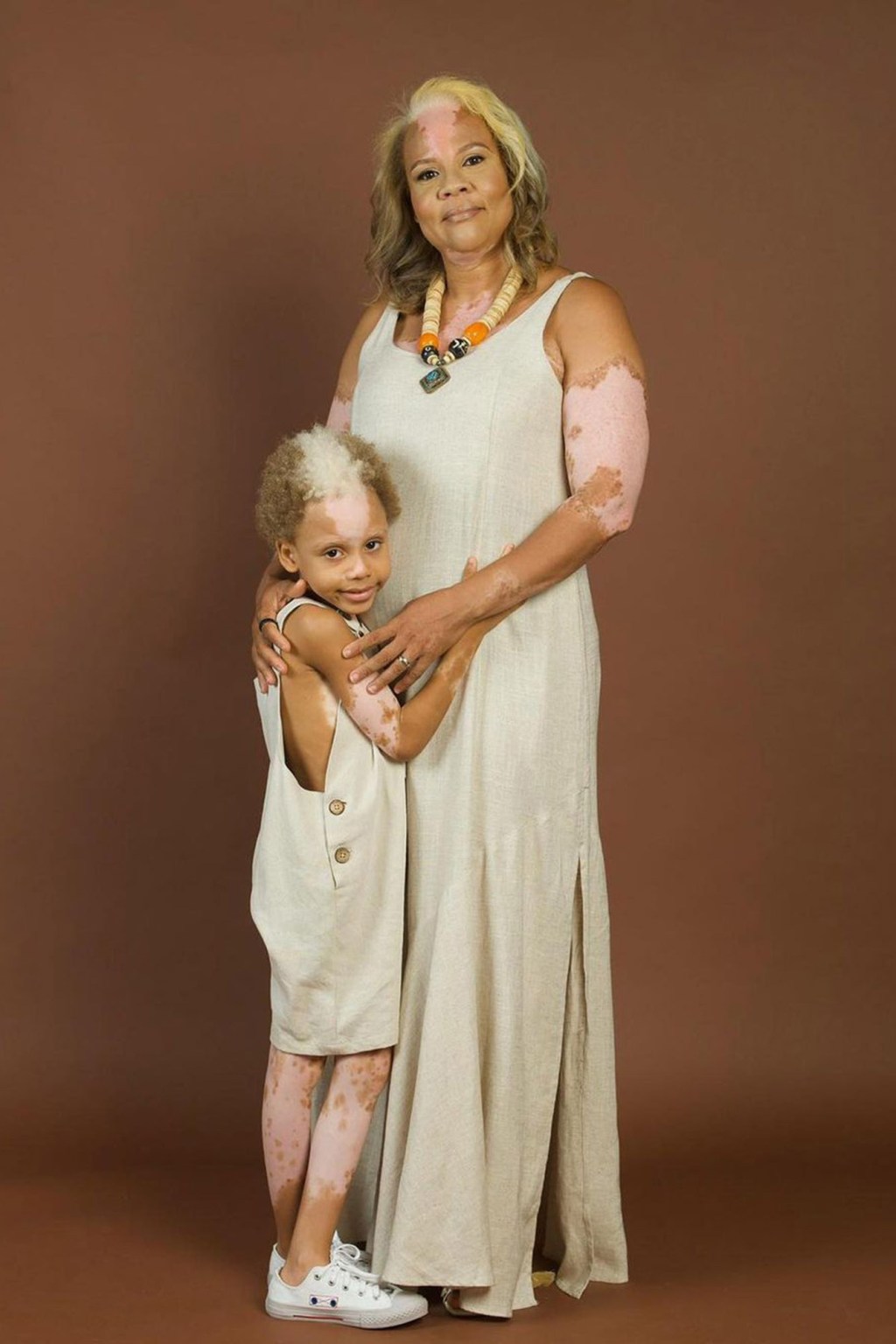 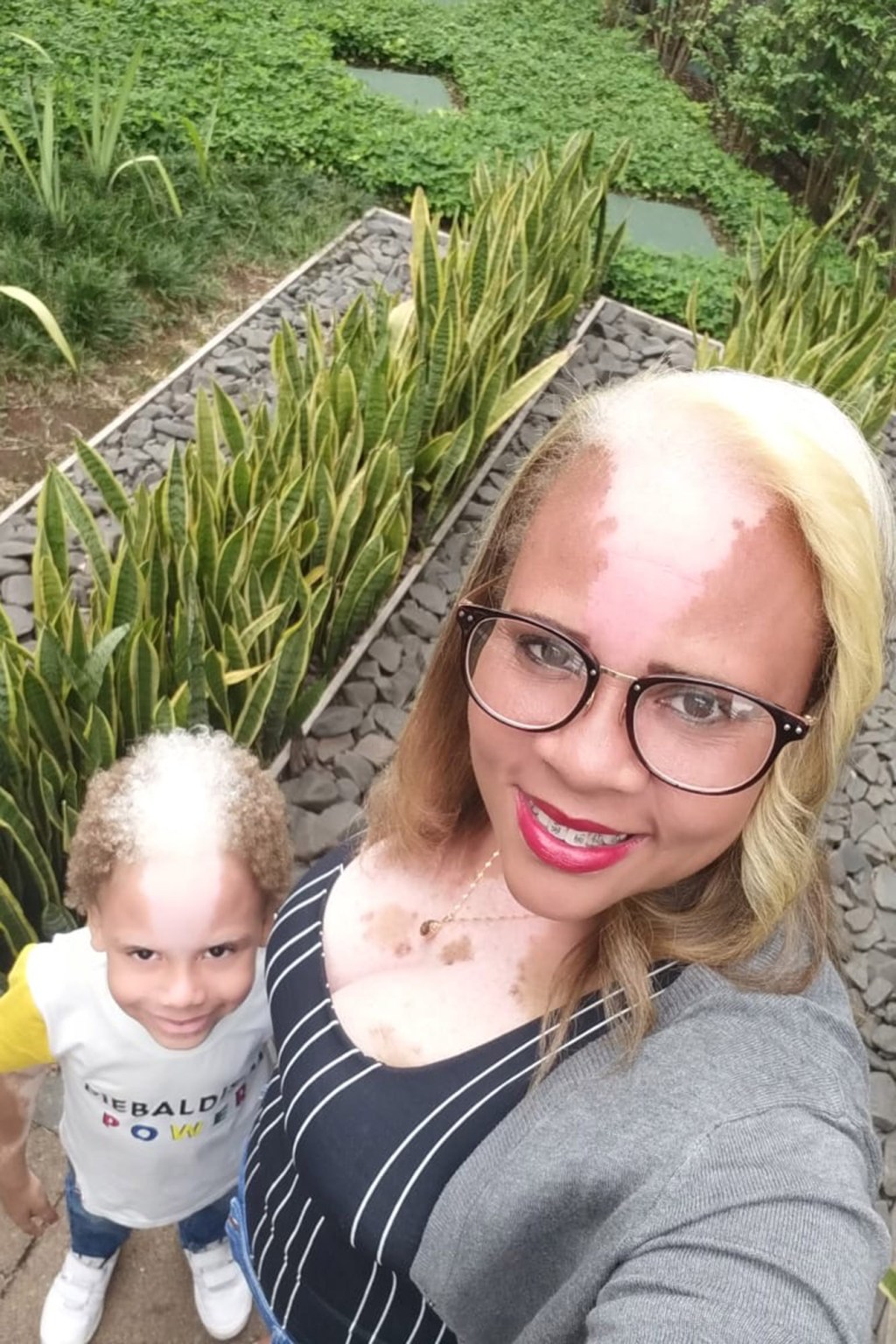 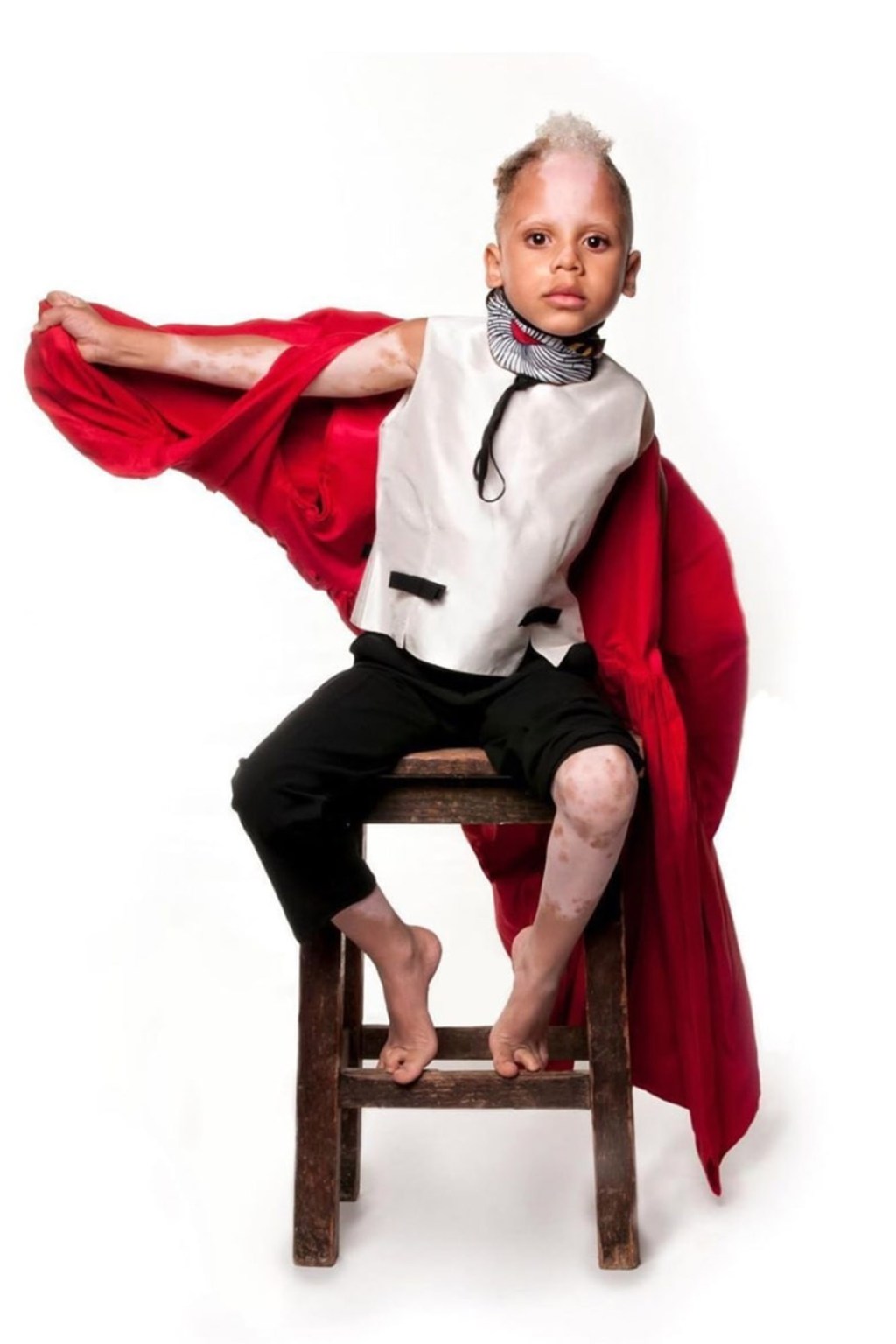 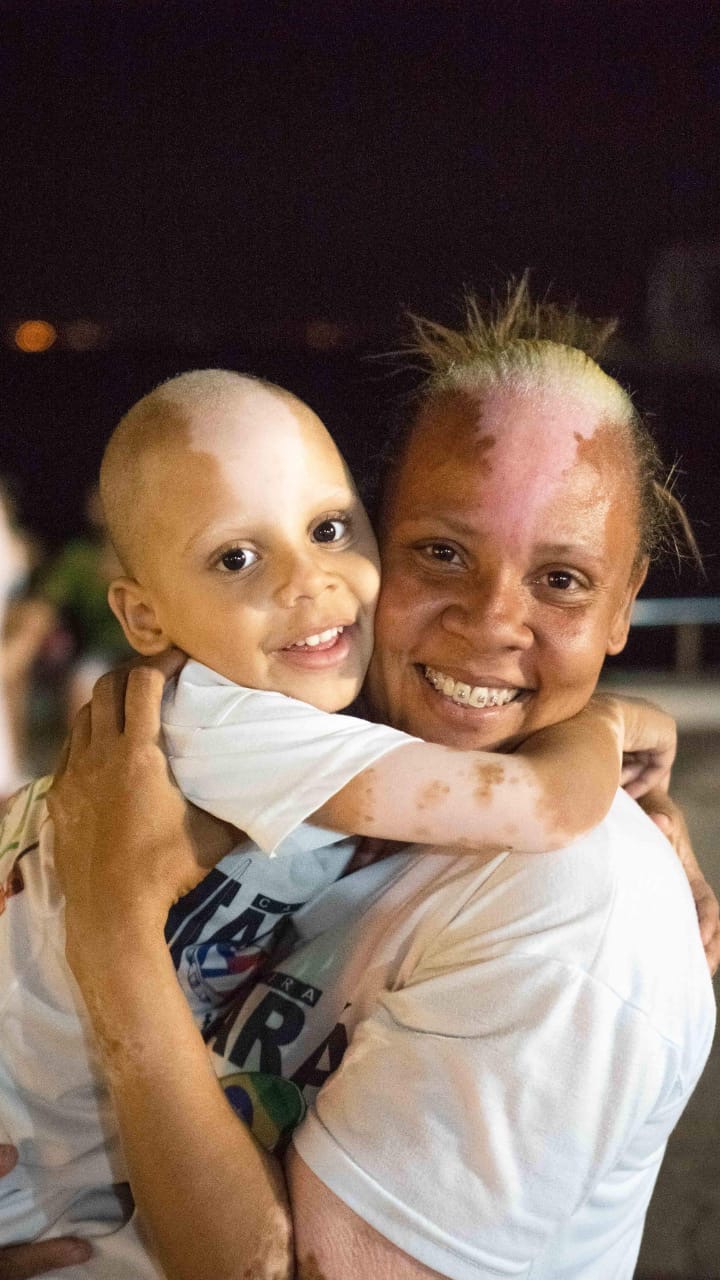 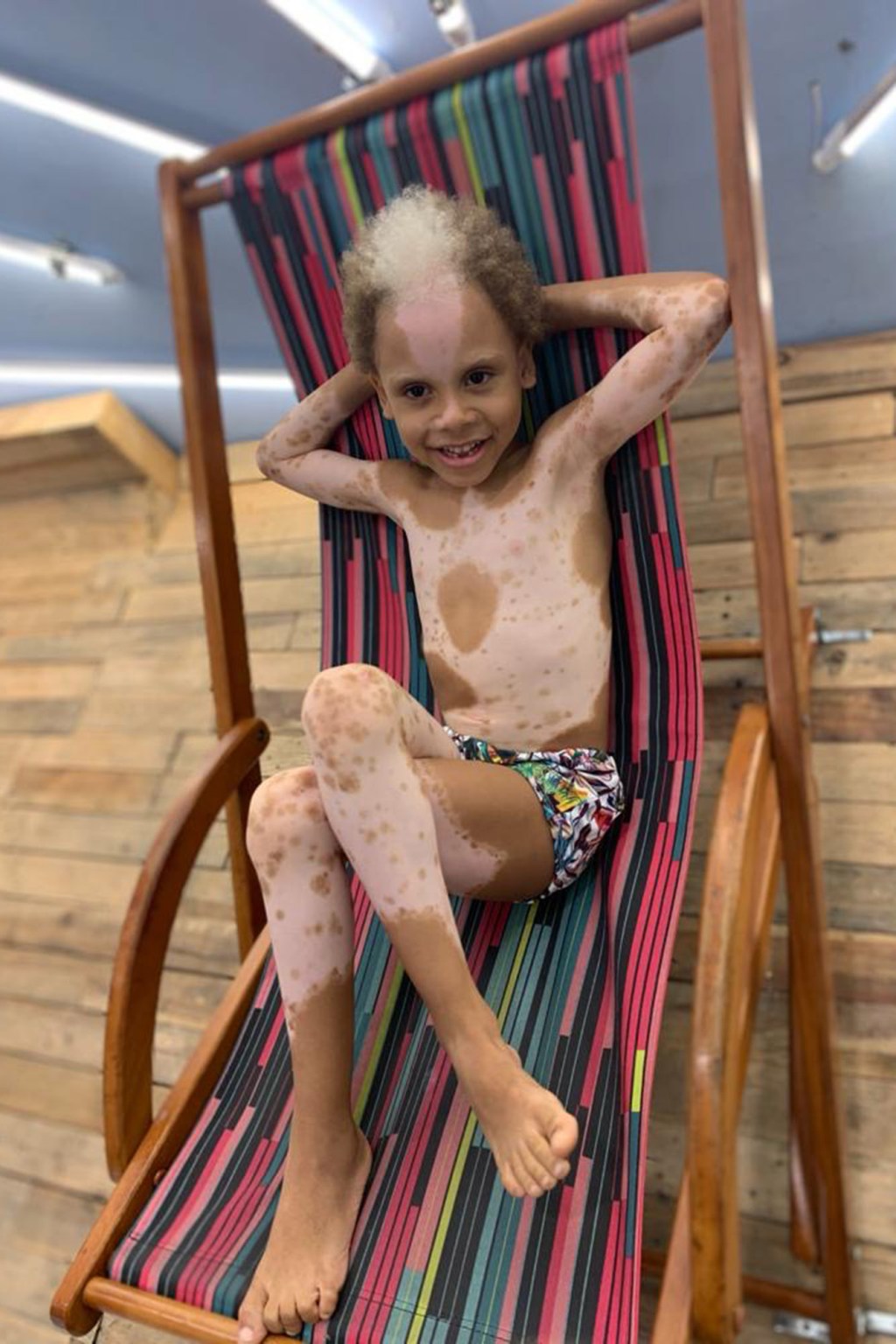 Tags: b, boy, condition, Rare, skin, with
You may also like
Celebrities News