One famous surname stands out among the four riders named on Monday (Tuesday AEST) to complete the US equestrian team for the Tokyo Olympics this month.

Jessica Springsteen, with her horse Don Juan van de Donkhoeve, will contest her first Olympic Games after being selected in jumping alongside Kent Farrington, Laura Kraut and McLain Ward, who boast a combined seven Olympic appearances. 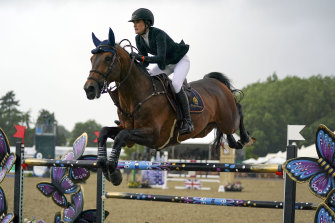 One rider will be designated as a reserve for the team, which has won a medal at six of the past nine Olympics, including silver in Rio four years ago.

The 29-year-old daughter of rock legend Bruce was an alternate rider for London 2012 before failing to make the team for Rio as her horse battled leg injuries.

She began riding at age four on the family’s New Jersey farm.

Springsteen snr’s schedule for his one-man Springsteen on Broadway show, which reopened in New York last month after an acclaimed 2017-18 run, has an Olympic-sized hole between July 17 and August 17 but he will be unable to attend due to Japan’s ban on foreign fans.

“I feel very confident that the seasoned group of riders that we will be sending to Tokyo is in top current form and peaking at just the right time,” US chef d’equipe Robert Ridland said.

“We’re looking forward to the next few weeks ahead and are aiming to deliver a strong performance for Team USA in Tokyo.”

The Australian jumping contingent for Tokyo consists of Edwina Tops-Alexander, Jamie Kermond and Katie Laurie. Riders each compete in the individual component before 20 teams of three contest the teams event.

Individual qualifying will be held on August 3 with the final the following day, while the teams event will be staged on August 6 and 7. 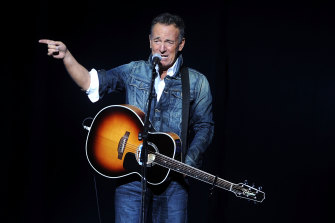 The Springsteen news comes a fortnight after Andrew Hoy, at the other end of the experience spectrum, was named to compete at his eighth Games.

In the 125-year history of the Olympic movement, only three athletes have participated at more Games. Hoy will be one of the favourites to carry the Australian flag at the opening ceremony.

The 62-year-old’s achievement is even more laudable considering he was not selected for the 2008 Beijing or 2016 Rio Games, meaning he could have equalled the record of 10 Games set by the retired Canadian equestrian rider Ian Millar.

Tags: born, Jessica, ride, Springst, to
You may also like
Celebrities News