Almost 2% of Brits are autistic: Study finds rate of spectrum disorder is ‘much higher’ than thought – with black and Chinese children up to 40% more likely to have the condition

According to University of Cambridge researchers, 1.76 per cent of children in the UK, or around one in 57, are on the autistic spectrum.

But black and Chinese pupils are 26 per cent and 38 per cent more likely to be autistic, respectively, compared to white children, they say.

Pupils with a record of autism in schools were 60 per cent more likely to also be socially disadvantaged, and 36 per cent less likely to speak English than white children.

The new figures are based on data from 7,047,301 pupils aged between 2 to 21 years in state funded education in England.

They come ahead of World Autism Awareness Day, which falls this Friday, April 2. 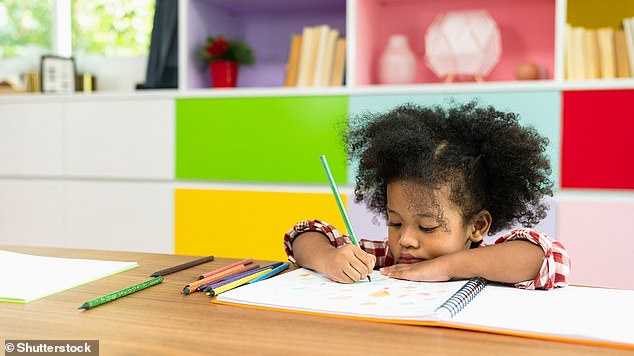 According to the Centers for Disease Control and Prevention, people with autism have trouble with social, emotional and communication skills that usually develop before the age of three and last throughout a person’s life.

Specific signs of autism include:

‘We can now see that autism is much more common than previously thought,’ said study author Dr Andres Roman-Urrestarazu from the Autism Research Centre (ARC) and Cambridge Public Health at the University of Cambridge.

‘We also found significant variations in autism diagnosis in different ethnic minorities, though the reason why this should be the case isn’t clear and warrants further research.’

Autism is a developmental disability – not an illness – that affects how people communicate and interact with others.

It’s characterised by persistent difficulties in social communication and interaction, and restricted, repetitive patterns of behaviour, interests, or activities across multiple contexts, the study authors say.

Previous estimates of the prevalence of autism in the UK by the same research group in Cambridge, and based on a school-based survey, suggested that one in 64 children (1.57 per cent) were autistic.

The new study, based on school records that usually underestimate the actual proportion of children who meet diagnostic criteria, shows a considerable increase in the autism prevalence in England.

The researchers say the increase is likely to be because autism has become better recognised by both parents and schools in recent years.

‘We can now see a snapshot of how many autistic children there are, and can drill down into local and ethnic variation, and reveal links with vulnerability,’ said study author Professor Simon Baron-Cohen, Director of the ARC.

‘It is important that we safeguard the rights of children to access diagnostic services and education, tailored to their needs.’

The study of 7,047,301 pupils was conducted with researchers from Newcastle University and Maastricht University, the Netherlands.

The team drew on data from the School Census from the National Pupil Database, collected by the Department for Education from individuals aged 2-21 years old in state-funded schools in England.

Overall, 119,821 pupils had a diagnosis of autism in their record in the English state educational system, of whom 21,660, or 18.1 per cent, also had learning difficulties.

At 2.1 per cent, prevalence was highest in pupils of black ethnicity and lowest in Roma/Irish Travellers,  at 0.85 per cent.

These estimates are the first to be published for these populations, according to the study authors. 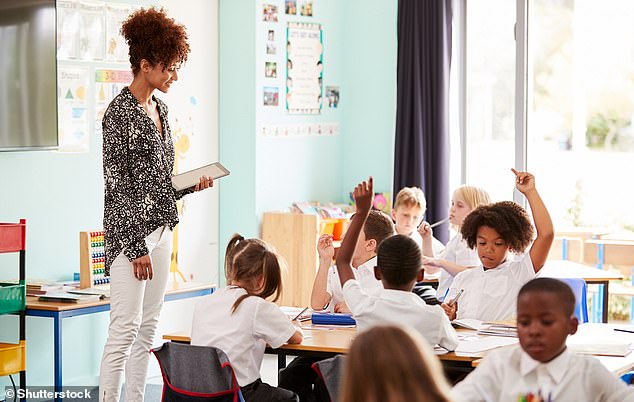 The team drew on data from the School Census from the National Pupil Database, collected by the Department for Education from individuals aged 2-21 years old in state-funded schools in England

Researchers admit that the fact the sample only considered pupils from state-funded schools is a limitation to their study.

The proportion of pupils attending state-funded schools between the ages of 3-18 in England is 93 per cent, with the remaining 7 per cent being enrolled in independent schools and or in alternative arrangements such as home schooling.

Another limitation is that pupils from certain ethnic backgrounds, such as Roma/Irish Traveller tend to leave school prematurely.

‘Some evidence showing that around half leave school by the age of 16,’ the team say in their paper, published today in JAMA Pediatrics.

‘Considering that we used WHO validated direct standardization methods using British census data, this issue has been tackled to the best of our resources.’

The new study contrasts findings of a 2010 paper that reported notably lower autism rates among the black community and people with a lower socio-economic status.

Last year, researchers found a link between how much a young child watches screens and the likelihood of developing autism-like symptoms.

However, other scientists reviewing the study were torn on the validity of the research and whether or not its findings could be trusted.

Transgender people are up to six times more likely to be autistic than those whose gender identity corresponds with their birth sex, study shows

Transgender adults are up to six times more likely to be diagnosed as autistic than those whose gender identity corresponds with their birth sex, researchers revealed in 2020.

University of Cambridge analysed data from 600,000 adults drawn from five different datasets, including over 500,000 individuals questioned as part of the Channel 4 documentary ‘Are you autistic?’ which aired in 2018.

They found that rates of autism among transgender adults far surpassed the numbers for the British population as a whole.

Transgender and gender-diverse individuals were also more likely to indicate that they had received diagnoses of mental health conditions, particularly depression.

‘Both autistic individuals and transgender and gender-diverse individuals are marginalized and experience multiple vulnerabilities,’ said Professor Simon Baron-Cohen, director of the Autism Research Centre at Cambridge.

‘It is important that we safe-guard the rights of these individuals to be themselves, receive the requisite support, and enjoy equality and celebration of their differences, free of societal stigma or discrimination.’

Tags: and, Are, black, Chinese, m, pupils
You may also like
Celebrities News