BEN FOSTER had fans in tears when he followed through on his promise to make a wheelchair-bound girl the Watford mascot.

And it could not have picked a better game, as 12-year-old Molly Hall led the Hornets out for their 3-0 win over Liverpool last Saturday.

Watford tweeted a video of the former Manchester United keeper leading delighted Molly out on to the Vicarage Road turf.

And the pair even shared a joke about leaving tyre marks on the pitch.

Foster, 36, surprised Molly at her home with a signed shirt back in December.

And as luck would have it, when the pair were talking about the season, Molly made a point of highlighting the fixture against Jurgen Klopp's table-toppers. 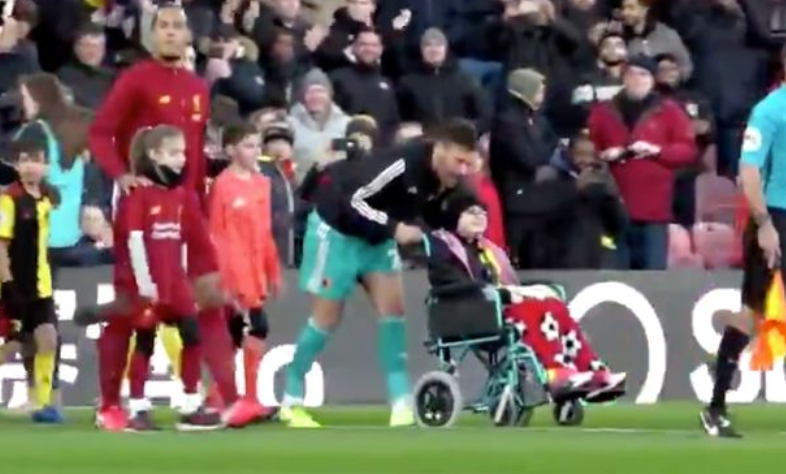 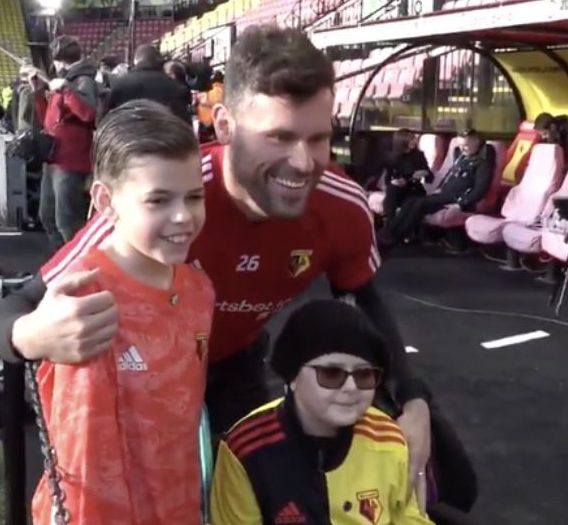 "We'll see if we can get you to be mascot. That will be nice because you get there early and we can make a whole day of it. We can do that."

The clip goes on to show Molly getting autographs from all the Watford players and going on a tour of the dressing room.

Watford wrote alongside the video: "@BenFoster just proves time and time again why he is the nicest man in football.

Fans loved the classy gesture, with one writing: "This is the side of football I love."

Of course, it comes as no surprise after big-hearted Foster saved the day for an OAP back in December by offering his Christmas lunch after finding him stranded in a ditch.

The generous Hornets stopper pulled over to help the 80-year-old dementia sufferer after he decided to walk home following problems with his car.

Foster found the unnamed pensioner stranded, took him home to clean him up and promised to sort him out a new season ticket.

Tags: b, Ben, fans, Foster, has, in, tears
You may also like
Celebrities News