“At 3:28 am on Sept 6th 2020 Rue Rose,” the NBA pro, 30, posted via Instagram on Monday, September 7, next to a video of their daughter. “[Rue] decided that the baby shower thrown for her and mommy was too lit. She didn’t make the party but she managed to make the next day her birthdate!!! Now…when we buy homes, we always find a bathroom with great energy… but not in a million years would you be able to tell me we’d deliver both of our daughters in a bathroom without the assistance of a hospital!” 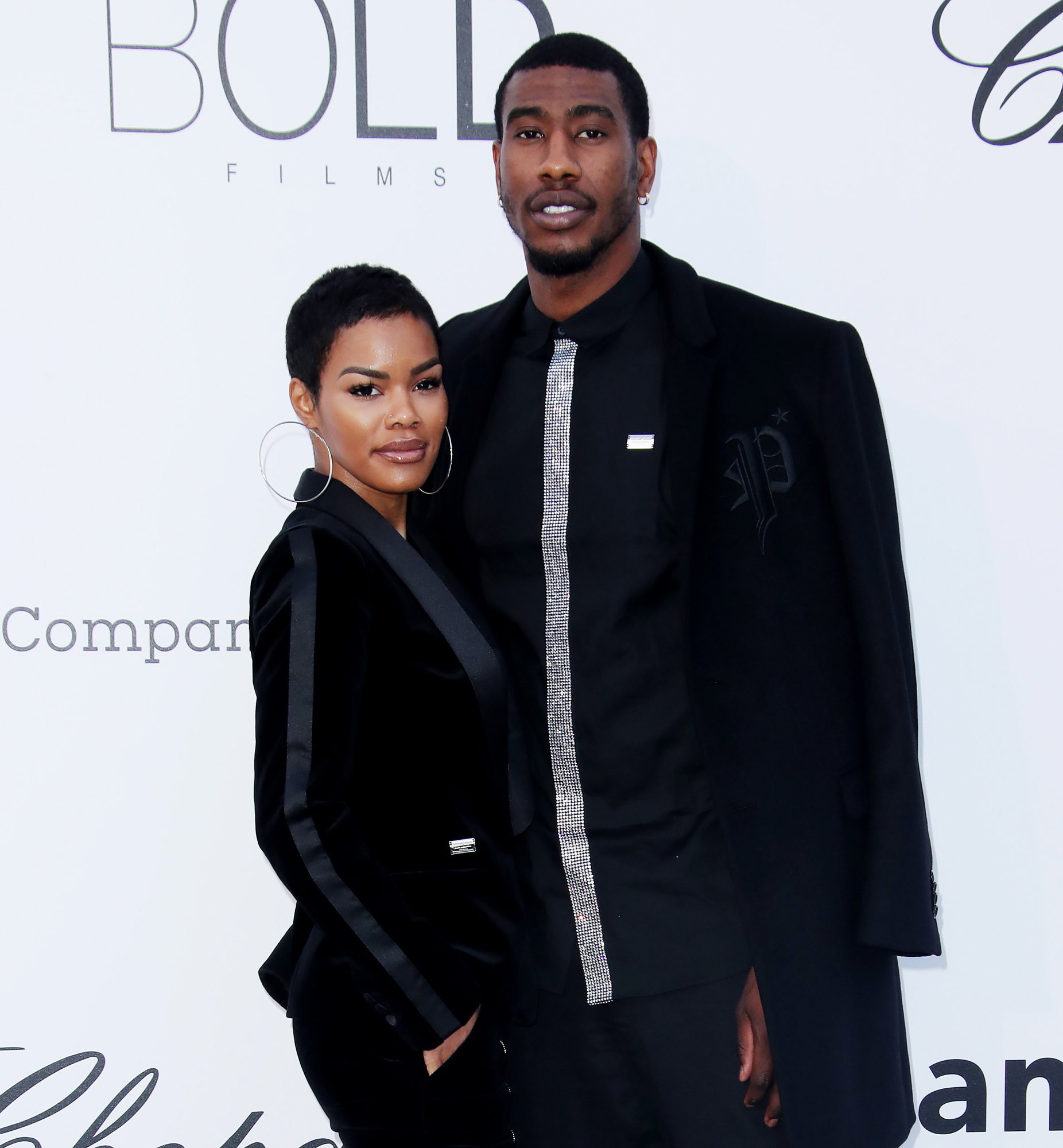 The Illinois native continued: “Our newest edition entered the world in the water and came out looking around and ready to explore! A healthy child. A little sister. Another daughter. Black love wins….again. Welcome babygirl…we love you!”

The singer, 29, announced in June that she was pregnant with their second child, debuting her bare baby bump in the “Wake Up Love” music video.

“To our girls, the name father is another name for what we created, love,” the New York native wrote via Instagram at the time. “I have a King to uphold and Queens to raise. #ourblackmenmatter #ourblackwomenmatter #ourblackkidsmatter.”

The dancer’s pregnancy news came four years after she welcomed her and Shumpert’s daughter, Iman. The little one was born in the couple’s bathroom in December 2015, delivered by the athlete.

“She came out as a wonderful surprise to everyone,” Taylor captioned her Instagram announcement at the time. “Not knowing I was in labor until I felt her head … it took two ten count pushes with my fiancé playing Dr and she entered this world into his bare hands!”

With his “eyes full of tears,” the new father “tied a pair of red headphones around the umbilical cord and the ambulance made there [sic] grand entrance 5 minutes later.” The actress added, “She opened her eyes right away, gazed into mine and never cried! He handed her to me wrapped in our bath towel and wiped her face for me to see what LOVE really is. She has blown Christmas away.”

Taylor concluded that their family was “complete.”

Celebrities Who Gave Birth at Home

Ahead of baby No. 2, the model took steps to “make sure [she didn’t deliver] on the toilet or bathroom floor,” Taylor told Nick Cannon in June.

“I’m considering home birth, and I’m actually going to be doing it with Erykah [Badu],” the then-pregnant star said on Cannon’s Power 106 morning radio show. “Her and Iman are going to deliver my baby. I’m [gonna] have her just sing her verse from ‘Lowkey’ to me to calm my nerves.”

Taylor and Shumpert wed in 2016 in Cleveland, Ohio, and the “Gonna Love Me” singer has an “untreated” ruby ring from the Illinois native. “[It’s] worth more than a diamond,” she explained to Wendy Williams that same year, adding, “He’s a smart man. He’s like, if anything was to ever happen, that ring alone, you’re already set.’ I’m like, ‘Yaaas, I like your style!’”

Tags: 'No, 2', baby, give, Taylor, Teyana
You may also like
Celebrities News