Australians are less stressed about getting COVID-19, even though more people think it’s likely they’ll catch the virus in the near future, but lockdowns and restrictions have taken a toll with increased psychological distress and loneliness.

That loneliness, exacerbated by the pandemic, is estimated to cost the economy about $2.7 billion a year. 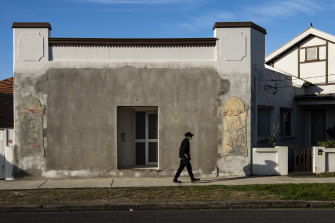 Two new reports show Australians are less worried about catching COVID, but the negative effects of lockdowns have lingered.Credit:Wolter Peeters

A longitudinal survey of nearly 3500 people across the country found two in five people think they’re likely to catch COVID-19 in the next six months. In the Australian National University study, 40 per cent of respondents feared infection in October, a four-fold increase on the 10.7 per cent who were worried about catching the virus in April this year.

Professor Nicholas Biddle, associate director of ANU’s centre for social research and methods, said while more people thought they were going to get infected, anxiety or worry about COVID had actually declined.

“What our survey data suggests is we’re moving into a non-‘COVID zero’ world, where people recognise that they are likely to get infected because things are opening up,” he said. “People see that yes, I might get infected. But it’s not the same health risk as it was previously.”

The ANU survey, which has been conducted every couple of months since April 2020, also showed that in October this year levels of severe psychological distress had increased to their highest rates since last October.

Professor Biddle said this distress was not linked to the virus itself but more related to lockdowns and restrictions.

“There’s a lockdown fatigue, but there’s also a lockdown hangover,” he said.

In a separate report, research from the Bankwest Curtin Economics Centre found that adverse health outcomes associated with loneliness – higher rates of drinking and smoking, physical inactivity, time off work, more frequent GP visits and emergency room presentations – are costing the nation’s economy about $2.7 billion a year, with remote work and a lack of human interaction driving unhealthy behaviours.

“Around three million people in Australia are lonely most of the time,” co-author and centre director Professor Alan Duncan said, calling for investment in programs to boost social connectedness.

The researchers, who analysed data from the Household, Income and Labour Dynamics in Australia (HILDA) Survey and the Australian Bureau of Statistics’ General Social Survey between 2010 and 2020, found young women were the hardest hit by loneliness.

“Many have found it difficult to adjust to a way of life with long periods of confinement,” co-author Associate Professor Astghik Mavisakalyan said.

More than 67 per cent of young women found not being able to see friends or family difficult, the study found, compared to half of young men.

The authors warned that a move towards online service delivery for medical care and social support risked making the problem worse, especially for less technologically savvy Australians, including elderly people.

A decline in social interactions among young people transitioning to adulthood left them vulnerable, the report said, with social media a poor substitute and those feeling lonely during lockdowns posting more frequently.

The report also found that working from home contributed to loneliness.

While some states and territories were just starting to relax restrictions as the ANU survey was completed – Sydney had been open for a day or two as most people responded – Professor Biddle said there is often a lag between issues and the psychological distress those events cause.

“The fact that opening has been able to be maintained, I think we will likely see that if we do the survey again in a month or two that distress measures may have started to come down again,” he said.