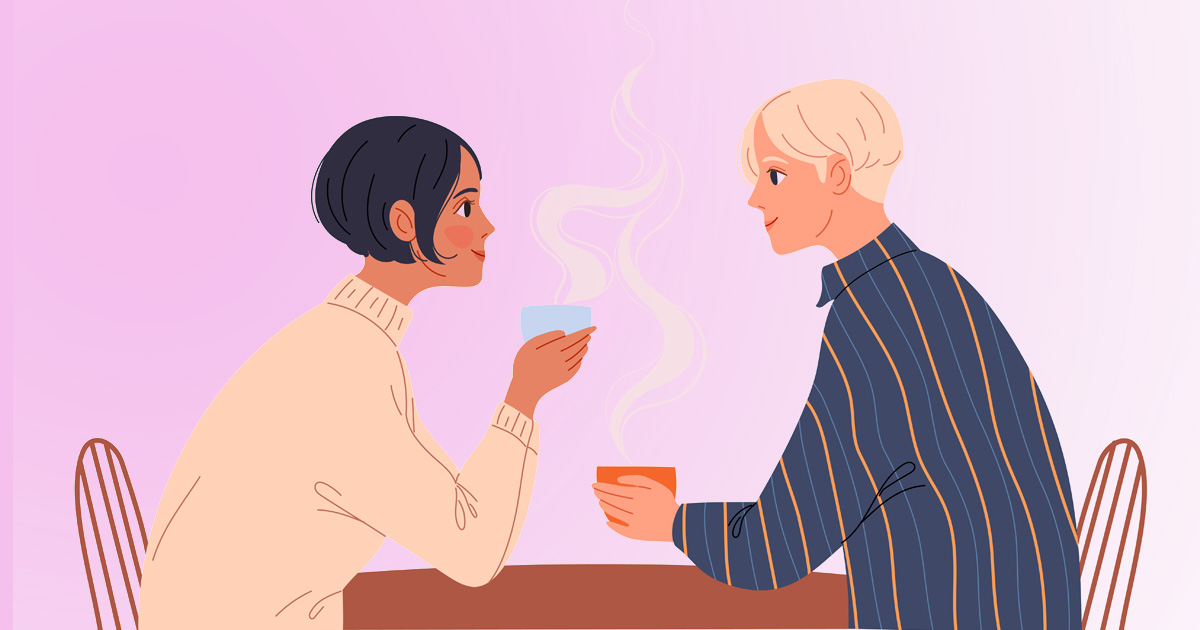 You’re sitting opposite a handsome, charismatic, well-dressed date and feeling like the luckiest girl in the world.

Not only is this incredible man interested in you, but he showers you with praise and even cares enough to help you choose from the menu.

Beware! Did this Prince Charming ‘rescue’ you when you were particularly vulnerable? Does the conversation turn back to him all the time? Is he estranged from his parents – and does he not talk to his own mum?

These are red-flag warning signs that you could be in the clutches of a narcissist.

Lockdown has increased their vice-like hold over their victims, allowing them to control finances, to gaslight, isolate and eventually to walk away. And they won’t look back when they’re done with you – because narcissists lack any empathy.

‘Lockdown has been a narcissist’s paradise,’ says divorce lawyer to the stars and regular TV pundit Vanessa Lloyd Platt. ‘They’ve had their victims at their mercy – isolated and helpless.’

Calls to Lloyd Platt’s office from female – and male – victims of narcissists have risen 30 per cent over the past year.

‘People are ringing me from their cars because that’s the only place they can talk in private,’ she says. ‘And they are desperate.

‘Both genders and all age groups have fallen victim. I’ve seen many bright young women in their 20s or 30s who are being gaslighted by partners – a technique used by narcissists where they pretend their victims are going mad.

‘In its extreme form, narcissism is a mental disorder and the impact on victims and their families is huge.

‘Virtually all of my clients who have fallen victim to these manipulative charmers say the same thing: “I don’t understand – they were so loving at the beginning. All I want to do is go back to our early days.”

‘The victim is craving the love-bombing that happened at the beginning of the relationship but the narcissist turns the charm on and off, not capable of loving anyone except themselves.’

In order to function, a narcissist needs to have a victim, says therapist Paul Levrant.

‘It’s like an addiction and the victim is their fix,’ he says. ‘But if a partner who is too good to be true starts to criticise you, makes you feel that everything that goes wrong is your fault, is prone to outbursts of rage and denial and you’re being gaslighted into believe you’re seriously flawed, and you’re beginning to feel anxious, depressed or both, reach out for help – from a trusted friend, family member, therapist or divorce lawyer.’

Levrant has seen a rise in victims of narcissism in his London practice.

‘There’s definitely been a rise in victims and I don’t know if this is because more people are aware of it and reporting it.

‘Dating sites are the perfect environment for narcissists because they can create a web of deceit.

‘This isn’t just men manipulating women because it happens equally across both sexes but female narcissists are harder to spot.

‘Narcissism is a spectrum of behaviour and in its most extreme is
a recognised mental disorder. It has come about for any number of reasons often linked with childhood trauma and abandonment.’

‘Narcissists aren’t always conscious that they are acting this way. Sometimes they simply can’t help it because they are so needy they have to keep someone in their orbit and they will manipulate that person to ensure it happens.’

‘Narcissistic personality disorder is not always treatable,’ adds Levrant. ‘It can be managed via a combination of therapies, maybe even psychoanalysis, because people who have socially awkward disorders can learn by rote how to behave.

Never taking any responsibility for their actions

Instead, they blame everyone else because they believe they are perfect.

Their needs come before everyone else and every situation is managed to suit themselves.

They pretend that things have happened that haven’t such as, ‘I gave you that money the other day.’

The aim is to make their victim doubt their own mind and instincts.

They can have six affairs in a row and swear blind they’ve never cheated. They actually believe their own lies.

Narcissists may have been spoilt as a child or have abandonment issues. Often as adults they are estranged from their parents and sometimes siblings.

Lauren’s story: ‘I’d lost our baby and he just checked the football scores’

Lauren Woods*, 32, thought she had found the perfect partner when she met marketing boss Mark on a dating site.

She says: ‘On our first online conversation, it was as if we’d instantly clicked. We both felt it, and we stayed up talking well into the night.

‘I think I had already fallen by the time we physically met at a restaurant a week later. But it was love at first sight for us both.

‘To move in together after three months just seemed the most natural thing in the world to do.

‘My mother absolutely adored him, and I was on cloud nine. But my sister Emma disliked and distrusted him, and the feeling was mutual.

‘He was the life and soul of every party, but ultimately it was all about him. Mark would take the floor, say his bit, have everyone laughing.

‘But once he’d finished with all his stories, he’d bury his nose in his phone. He wasn’t interested in hearing from anyone else.

‘We started seeing less and less of my friends, and after about a year, things started to fall apart. Anything that could possibly go wrong was always someone else’s fault – usually mine…

‘He never said sorry for anything. And there was always an elaborate story attached to anything. He blamed me for nagging, for picking on him, and said I was forcing him away. It only made me more desperate to please him.

‘When I fell pregnant, I thought he’d be delighted. But his face just froze. He even asked if the baby was his, which was absolute madness – we were living together.

‘Several months later, I was rushed from work to hospital with an ectopic pregnancy. I needed emergency surgery to save my life, and the doctors called Mark.

‘I could hear from the phone call that he wasn’t happy about being called to the hospital.

‘When he arrived, I was in the recovery room. I put out my hand and said “I’m sorry”, but he was more interested in checking the football scores on his phone.

‘I was lying attached to drips, and he suddenly said “great” because West Ham had scored. I knew then that he felt absolutely zero emotion.

‘When I was discharged, I went to stay with my mother, and texted Mark that it was over. He didn’t argue. Instead, he texted a mutual friend and asked her immediately for a date.

‘My heart was broken, and he just didn’t care.

‘I realised that despite the declarations, the crazy plans for the future and the flowers and the promises – he really was never in love with anyone other than himself.’

Lauren’s name has been changed.

Rush Hour Crush – love (well, lust) is all around us

Tell us about your Rush Hour Crush by submitting them here, and you could see your message published on the site.