Archaeologists examining the ruins of the ancient town of Myra have discovered at least 50 terracotta figurines depicting humans, gods and animals. Researchers working for Akdeniz University and the Turkish state made the incredible discovery after excavating the town’s once-imposing 12,000-seat Roman-era theatre.

The excavation resulted in uncovering an even older auditorium buried away below.

The archaeologists inside here stumbled-upon a treasure trove of figurines estimated to date back to the Hellenistic period.

Such a time frame coincides with Alexander the Great’s 323 BC death and the rise of the Roman Empire.

JUST IN: Listen to the sounds of 18,000-year-old music from a sea shell 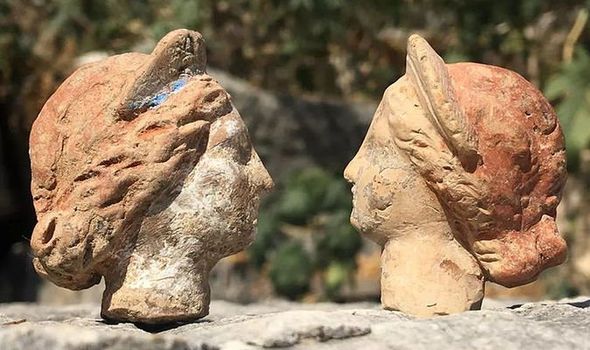 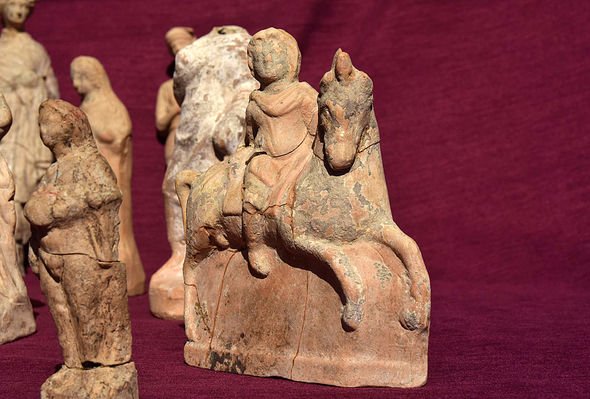 He said: “It is as if the people of ancient Myra were resurrected and ran through the time tunnel all together and came to our day.”

The statuettes, each standing only a few inches tall, include rams, horsemen, women with children and a boy carrying fruit.

Figures of deities were also found among the haul, including Leto, Artemis, Apollo and Heracles.

Mr Cevik added a few of the figures still bear faint remnants of red, blue and pink pigments used to decorate them. 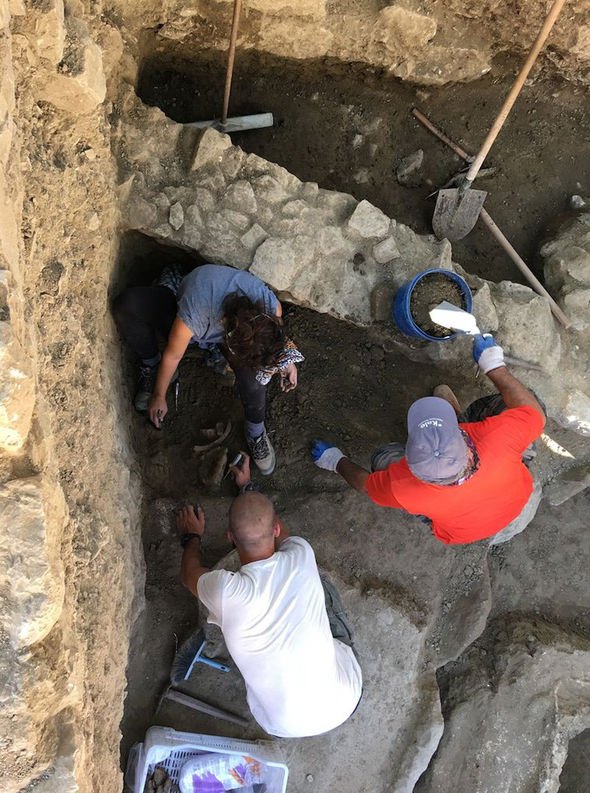 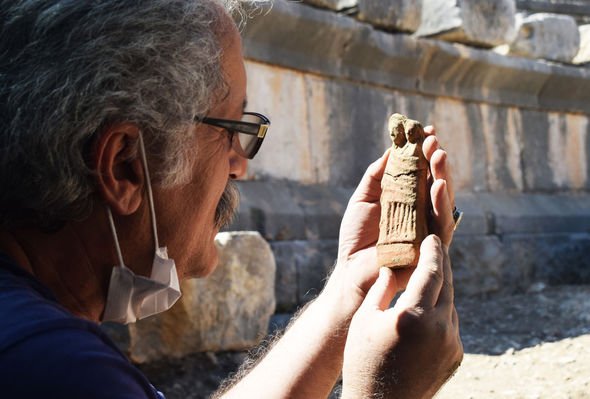 The archaeologist said: “The fact that the dyes on them are partially preserved shows us the colour of clothes they wore in their time.”

As well as the terracotta figures, the researchers retrieved ceramic, bronze, lead and silver artefacts scattered around the Hellenistic theatre.

Mr Cevik said: “I can say that the excavations we carried out in the Myra Ancient City Theatre this summer gave one of the most important gifts of the year to Anatolian archaeology.”

Lying near the mouth of the Andriacus River on modern-day Turkey’s southern coast, Myra was an important Mediterranean port for thousands of years.

And the base over the centuries fell under the control of different regional forces.

During this time, Myra was one of the most important towns in ancient Lycia, a confederation of maritime cities dating to the 14th century BC.

Then, in the sixth century BC, Persian forces conquered Lycia, which eventually fell under Roman control before becoming its own Roman province during the fourth century AD.

One of Myra’s most iconic historic features are the city’s tombs cut from rock. 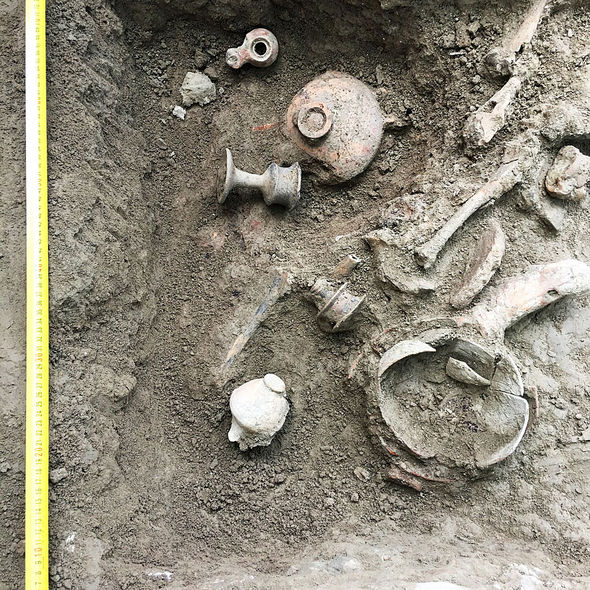 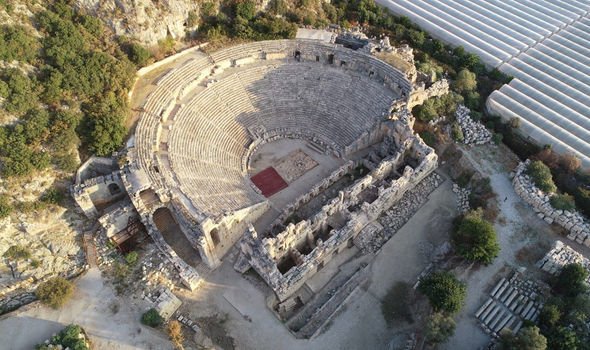 Many of these, closely resembling wooden houses and shrines, were carved into the region’s hills between the fifth and third centuries BC.

And the ancient city’s relatively-large Roman theatre, erected in the third century AD, is widely-recognised as one of Anatolia’s most impressive relics.

Excavations at the site, ongoing for more than a decade, have drawn dozens of researchers and workers to the site in Antalya’s Demre district.

Tags: Environment, headlines, science
You may also like
Celebrities News