ANTHONY JOSHUA has thanked his fans for 'sending love and checking in' and says his 'spirit is strong'.

The Brit heavyweight is recovering after losing all his world titles with a unanimous points defeat to Oleksandr Usyk. 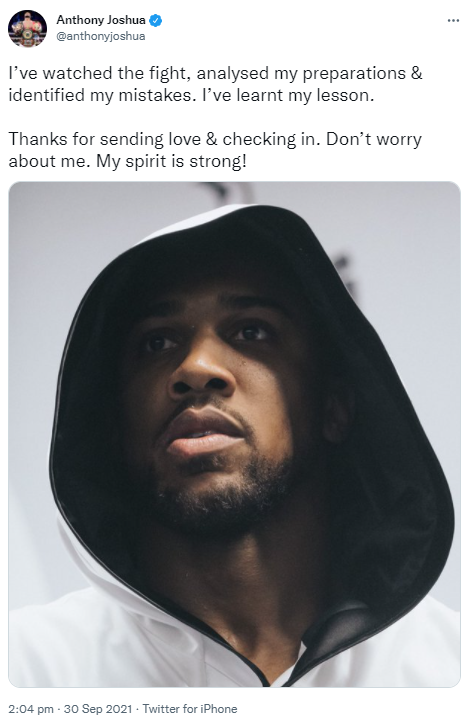 Joshua was the big favourite heading into the bout, with many believing his power and size would be too much for the former cruiserweight king.

But Usyk put on a boxing clinic, confusing AJ with his movement throughout and dodging most of the power shots.

The defeat seemingly put paid to any hopes Joshua had of challenging fellow Brit Tyson Fury, especially as it would no longer be an undisputed clash.

Joshua posted a photo of himself on social media looking steely-eyed, captioning it: "I’ve watched the fight, analysed my preparations & identified my mistakes. I’ve learnt my lesson.

"Thanks for sending love & checking in. Don’t worry about me. My spirit is strong!"

The Brit was stunned by Usyk in front of 68,000 fans inside the Tottenham Hotspur Stadium at the weekend.

There was no argument from AJ or from most in the boxing game as Usyk put on a boxing masterclass in London.

Joshua has instructed his promoter Eddie Hearn to sort the contractual rematch – and he was keen for this instantly.

Joshua was seen wincing in the corner after the 12th round as he struggled to see out of his right eye.

Usyk wandered over to congratulate him on a good fight.

Joshua said: "You want to go again. I know how to beat you."

The pair then shared a laugh before heading into the centre of the ring for the official result to be announced. 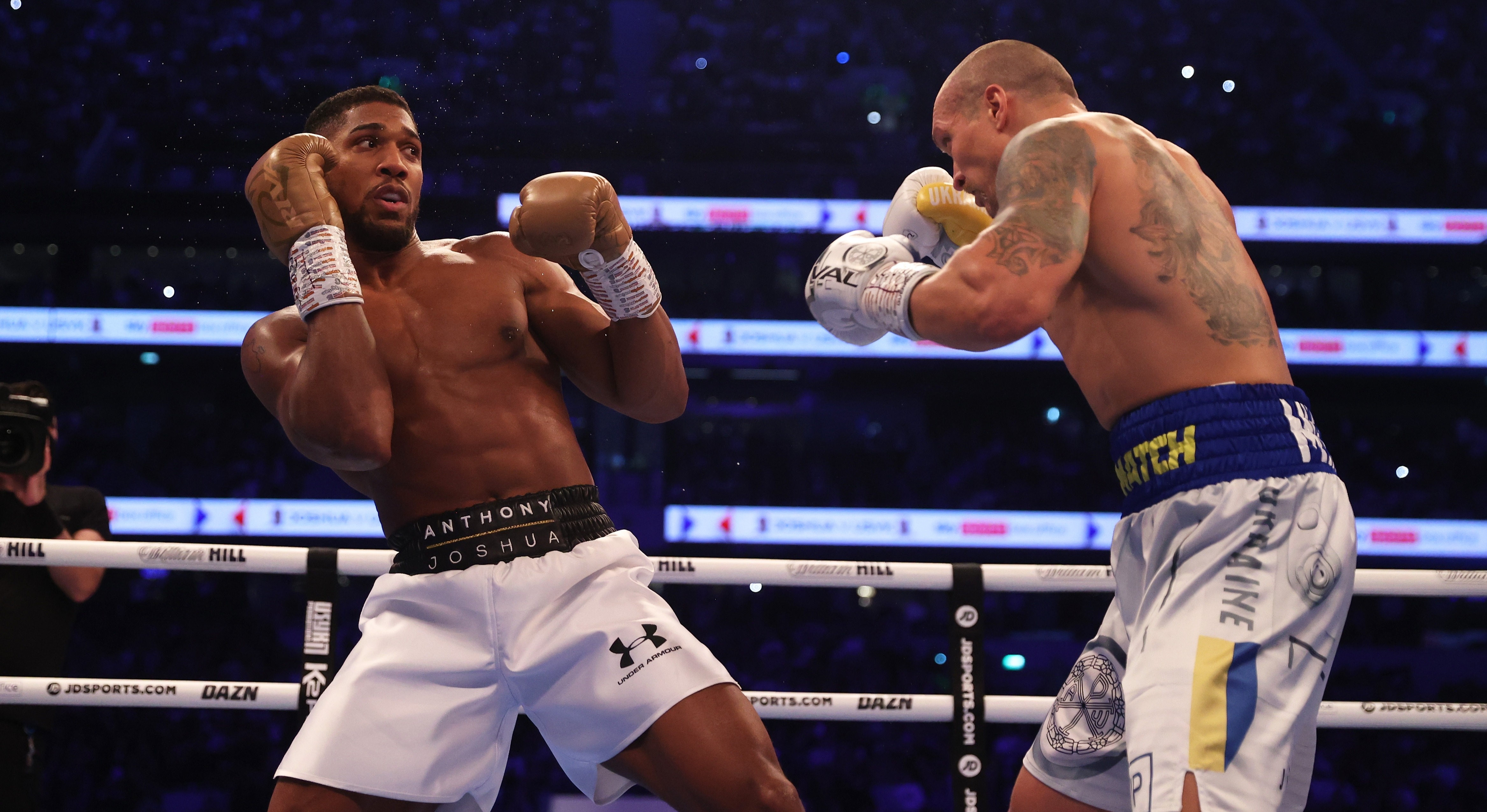