The North Atlantic craton once covered an area from modern-day Scotland to Labrador, Canada. The ancient continent formed part of Earth’s continental crust before it was lost in the annals of time.

A team of geologists in Canada have now chanced upon the continent after analysing a sample of diamond rocks from Canada’s Baffin Island.

The geologists were studying kimberlite rocks that have formed millions of years ago at depths of 90 to 248 miles (140 to 400 kilometres) below ground.

Kimberlite is brought to the surface by a mix of geological and chemical processes.

And sometimes, the kimberlites will carry diamonds with them. 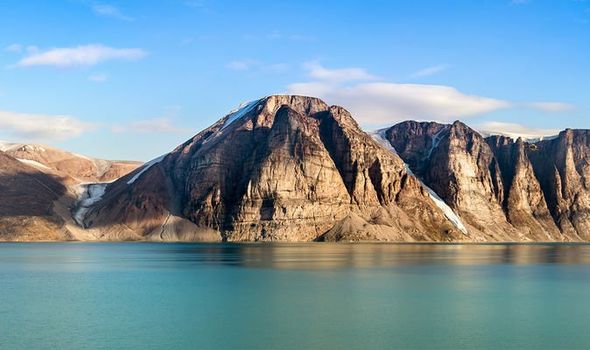 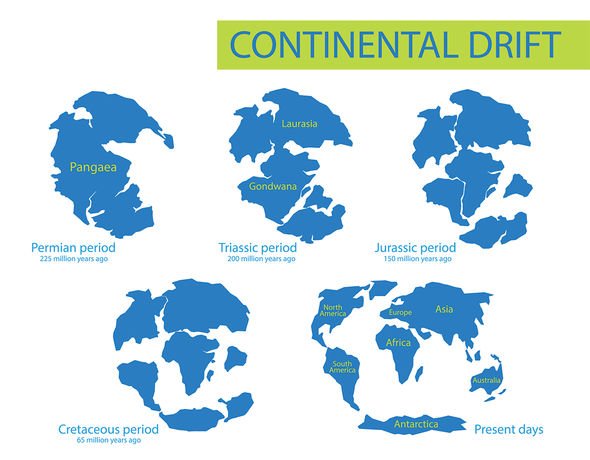 Maya Kopylova, a geologist at the University of British Columbia, said: “For researchers, kimberlites are subterranean rockets that pick up passengers on their way to the surface.

“The passengers are solid chunks of wall rocks that carry a wealth of details on conditions far beneath the surface of our planet over time.”

The rocks were of particular interest thanks to their unusual mineral compositions.

The composition matched rocks from other parts of the North Atlantic craton.

Professor Kopylova said: “The mineral composition of other portions of the North Atlantic craton is so unique there was no mistaking it.

“It was easy to tie the pieces together. Adjacent ancient cratons in Northern Canada – in Northern Quebec, Northern Ontario and in Nunavut – have completely different mineralogies.”

Kimberlites are subterranean rockets that pick up passengers on their

In geology, cratons are billion-year-old fragments of the planet’s continental crust.

Some of these cratons are still present in the North American plate, while others have split into smaller fragments.

Professor Kopylova said: “Finding these ‘lost’ pieces is like finding a missing piece of a puzzle. 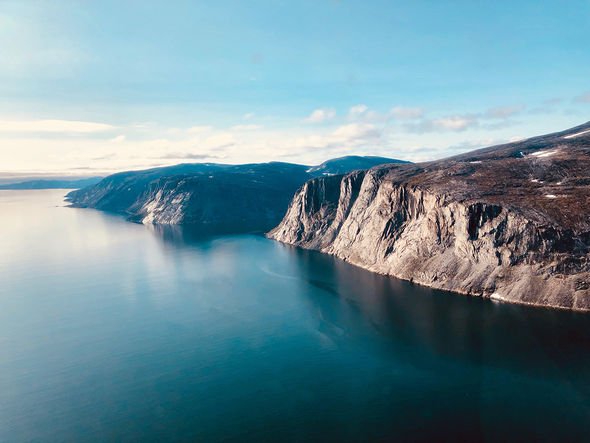 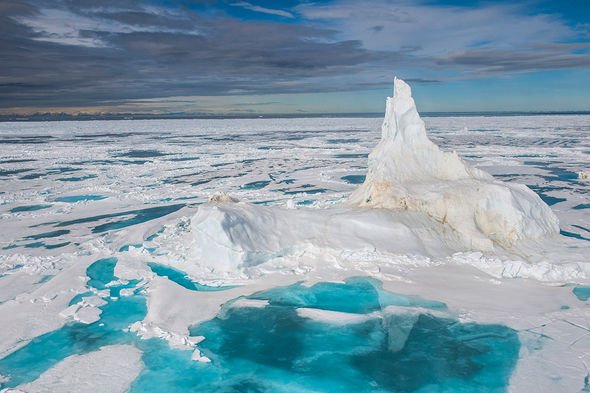 “The scientific puzzle of the ancient Earth can’t be complete without all of the pieces.”

The North Atlantic craton is believed to have fragmented some 150 million years ago.

Parts of it now stretch from Scotland through the southern parts of Greenland and Labrador.

The discovery covers an area in the southern Baffin Island, which expands the North Atlantic craton by about 10 percent.

Professor Kopylova said: “With these samples, we’re able to reconstruct the shapes of ancient continents based on deeper, mantle rocks.

“We can now understand and map not only the uppermost skinny layer of Earth that makes up one percent of the planet’s volume, but our knowledge is literally and symbolically deeper.

“We can put together 200-kilometre deep fragments and contrast them based on the details of the deep mineralogy.”

Up until about 175 million years ago, the planet’s continents were all joined into a single landmass known as Pangea.

The super-continent itself was created about 335 million years ago when smaller continents grouped together.

Tags: geography, headlines, science, wo
You may also like
Celebrities News