Did someone ring a bell? Because Amy Schumer just got her wings. The ‘Trainwreck’ star is a Fairy Godmayo in Hellmann’s Super Bowl LV commercial about the magic of not wasting food!

“Sad. This is sad,” said Amy Schumer, the Fairy Godmayo of the poor dude digging through his refrigerator in Hellmann’s commercial for Super Bowl LV. “That is a hot mess,” she says to the poor unfortunate soul about to toss out some perfectly good food. “I don’t know what I’m going to do with this stuff,” he says. “I have half an onion, an artichoke – what even is an artichoke?” With the application of some Hellmann’s mayo, Amy was able to take these leftovers and transform them into a delicious spread worthy of a Super Bowl. Unfortunately, that’s “absolutely all that I can do.” She’s magic, but she’s got limits.

“It was startling to learn how much food gets thrown out in our homes, especially when you consider how many people are struggling to put food on their tables,” said Amy Schumer in a press release ahead of the commercial’s release. “I’m proud to partner with Hellmann’s to bring awareness to this issue and help provide people with tangible ways to make easy changes at home. Simple steps like embracing imperfect foods and organizing your fridge or pantry can start to help reduce waste and inspire creativity in the kitchen.” 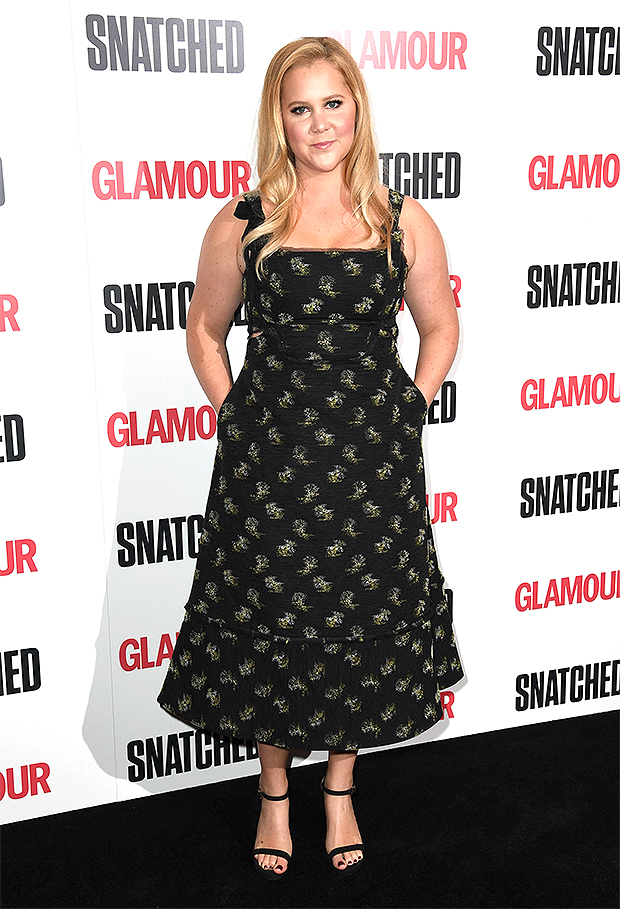 “We learned that the reason people tend to waste so much food at home is because they end up with disparate ingredients, like half a chicken breast, an avocado, a lone onion, and aren’t inspired or sure how to use them,” Ben Crook, Senior Marketing Director for Hellmann’s North America, said in a statement. “As a versatile pantry staple that can be used to create dips, sandwiches, pasta bakes, and even chocolate cake, Hellmann’s can be the magic to help people get more creative in the kitchen.”

“I really like the character I play and the reason I wanted to partner with Hellmann’s aside from that is that Hellmann’s has always been a staple in my house,” Amy said in an interview with Parade magazine about the spot. “They’re doing so much work helping people with food insecurity and they donated 1.2 million pounds of food last year and they’ve just educated me about how much food is wasted. Forty percent of all food is wasted in our country and 43 percent in our own homes we wind up throwing away, which is so much food! So they have all these tips on Hellmanns.com that give people suggestions about what to do with the random stuff in your fridge. I’m excited to be working with them because I think they’re a cool company.”

“The message of the commercial is basically make taste not waste,” she told Parade. “I don’t say that in the commercial, but that’s the vibe. It’s like, I’ve learned this from my husband, too, it’s like how can we stop wasting so much food? And one of the ways is…people throw away regular produce [that looks irregular], and there’s no reason to do that…I had no idea before the pandemic and I think that Hellmann’s is really on the right side of history and using all their power to help with that and I’m proud to be aligned with them.”