Allyson Felix is the definition of living life in the fast lane. The nine-time Olympic medal holder broke Usain Bolt’s record for most won gold medals in world championships but is using speeding into a new avenue called fashion and entrepreneurship. Now, ahead of the 2021 Olympics, Felix has launched SAYSH, her very own footwear brand for women following her separation from Nike. With her brother Wes and business partner Darren Breedvelt by her side as co-founders, the three SAYSH starters raised $3 million in seed funding.

“It’s important to be seen in products and to know that you have been thought of, and that you’re not an afterthought,” Felix told ESSENCE about the significance of creating footwear made specifically for Black women’s bodies. “I think a lot of times, especially as women of color, that has been the case for us, and we’re really the really changing that idea.”

Not only is the record-breaking star the most decorated woman in American track and field history—who also scored a World Championships silver medal at just 18 years old—but she is a mother to her daughter Camryn. Following her near-fatal birthing experience and an emergency c-section at 32 weeks, Felix attempted to rekindle her partnership with Nike while advocating for the protection of new and expecting mothers. The brand, in turn, offered her a 70 percent pay cut, according to Because Of Them We Can.

Now, Felix refuses to stay silent and uses her platform to fight for women in sports and set the example for young Camryn that Black women deserve to be protected and served equally.

Ahead, ESSENCE spoke with Felix about her new lifestyle brand SAYSH, balancing motherhood and mental health as an athlete and her thoughts on seeing young Black women participate in this year’s 2021 Tokyo Olympics.

ESSENCE: Tell me about the inspiration behind SAYSH.

Allyson Felix: It was really born out of my own experience facing gender inequalities throughout my career, and then getting to a point where I didn’t have a footwear sponsor. I didn’t have shoes to wear in the Olympic trials or the Olympics. I was talking with my brother and we were like, “Well, what if we created our own and did this on our own?” Then it became a much bigger thing than that.

It was really about wanting to do something for women, meet them where they are, and provide shoes that have typically been made with a man’s foot in mind. Doing that for women, but also bigger than that, just wanting to be able to make something for that person who feels overlooked. This idea of wearing the shoe is a bold sign that you stand for change.

ESSENCE: After your 2019 break up with your Nike sponsor, how does it feel to be your own boss and the president of SAYSH while having complete creative control over your product?

Felix: I feel really proud. With everything that I went through, I never would have imagined in those really dark moments that I would be here and that I would be doing this. It’s a really incredible feeling. When I was walking out at the Olympic trials to compete and I’m wearing my own shoes, it’s just like, “Wow. This is pretty amazing.” 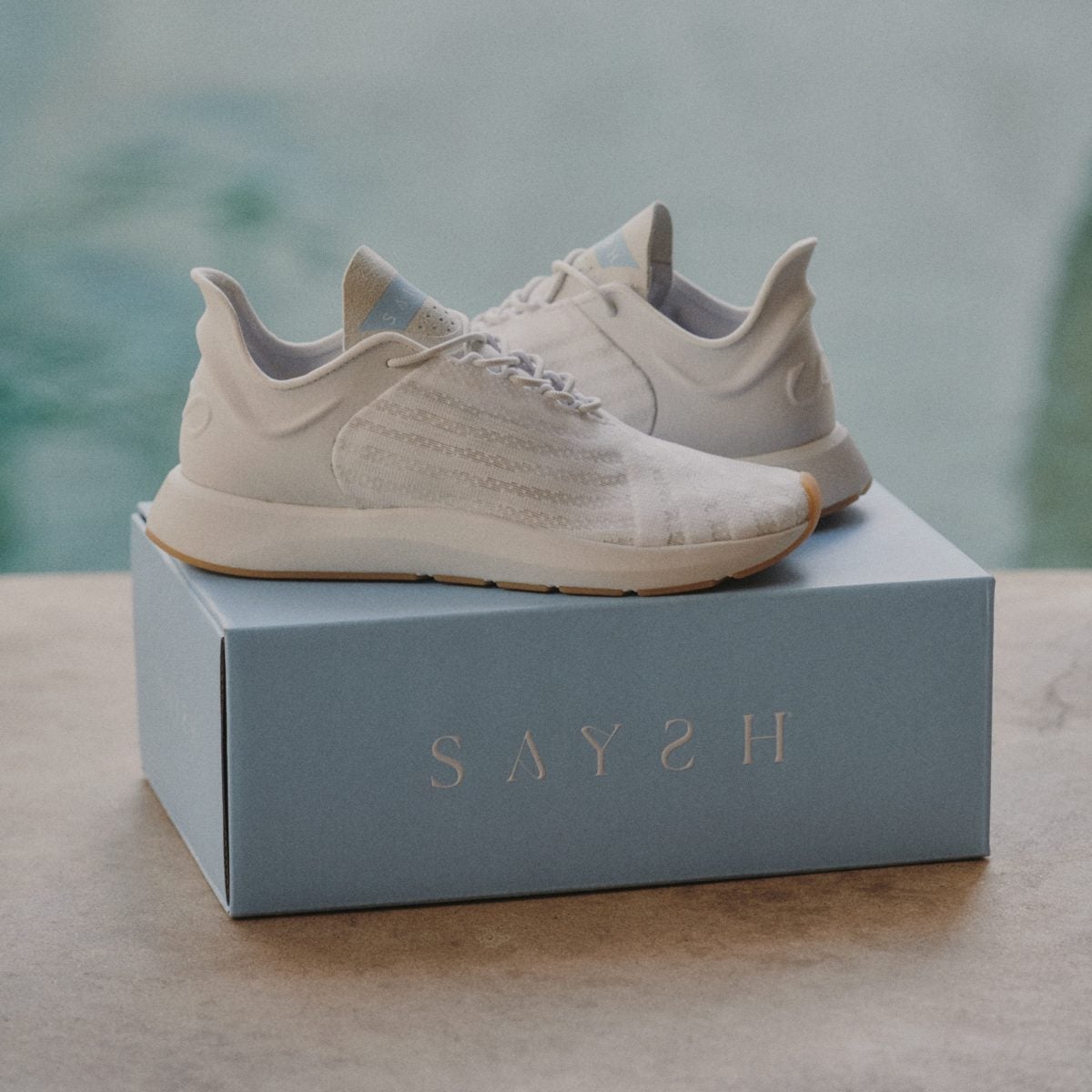 ESSENCE: As an athlete, what’s the importance of good footwear?

Felix: It’s incredibly important as an athlete. The racing spike that we made really embodies everything that this brand stands for, and so it was great to be able to bring that to life. The SAYSH One sneaker is really a lifestyle sneaker. It’s really about meeting women where they are. I believe that as women, we’re doing a lot in our days. We are sometimes doing errands, at work, or running after kids, and we’re really meeting her where she is. This is a shoe that can take you throughout your whole day.

ESSENCE: How did you feel after qualifying for your fifth Olympics following your 400 rally?

Felix: It feels amazing. It has been such a journey to get to this point. I think I had a lot of doubt along the way, just because of all the hardships and then the pandemic. It just seems like things were coming at all angles. To be able to finally get through that race, and it was secure that I was on the team, I was just very relieved and had a lot of joy. 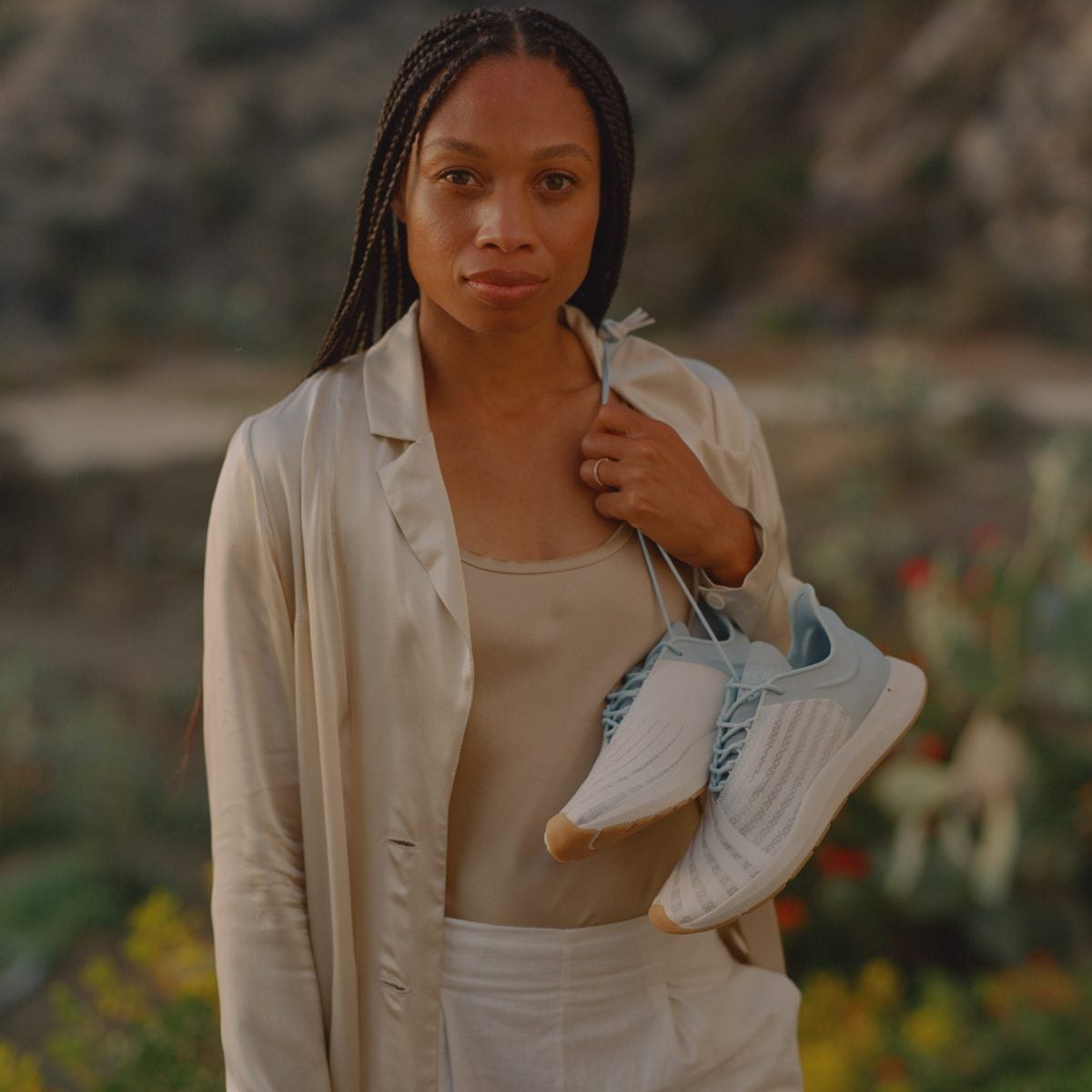 ESSENCE: This is also your first as a mother. What emotions were going through your head when you realized this was a new milestone for you?

Felix: That was really special. I always want to be a good example to my daughter. This time period has really showed that I’ve been a fighter and when adversity hits, you keep going. I hope that when I tell her about these moments and this ride that she’s been along for, that will be really meaningful for her, and she’ll be able to see that’s what I did.

ESSENCE: As a mother, why do you believe there’s such a negative stigma placed on women, specifically Black female athletes who become pregnant?

Felix: It’s been deep-rooted in the culture of sports, unfortunately. Even beyond sports, I think in all industries, we see that when you have a child, it’s almost like you are pushed out. There’s this idea that now your best performances are behind you. You’ve entered this other stage of life. In my experience as a woman of color and as an athlete, there have been so many battles to overcome. Whether that is trying to deal with sponsorship and the standard of beauty, motherhood is just another one of those areas. It’s been a constant battle, but one where I couldn’t stay quiet about this one.

ESSENCE: How do you make sure that you balance your life and your mental health as a mother, wife, athlete, and overall human being in this world?

Felix: By really making space and time for myself, making my mental health a priority, understanding that it’s okay to not be okay and to not have it all together, and really leaning into that help. It’s something that was really amplified during the pandemic because it was very hard to escape and to find those moments. It’s about really understanding that regardless of what’s going on, I need to make that a priority. 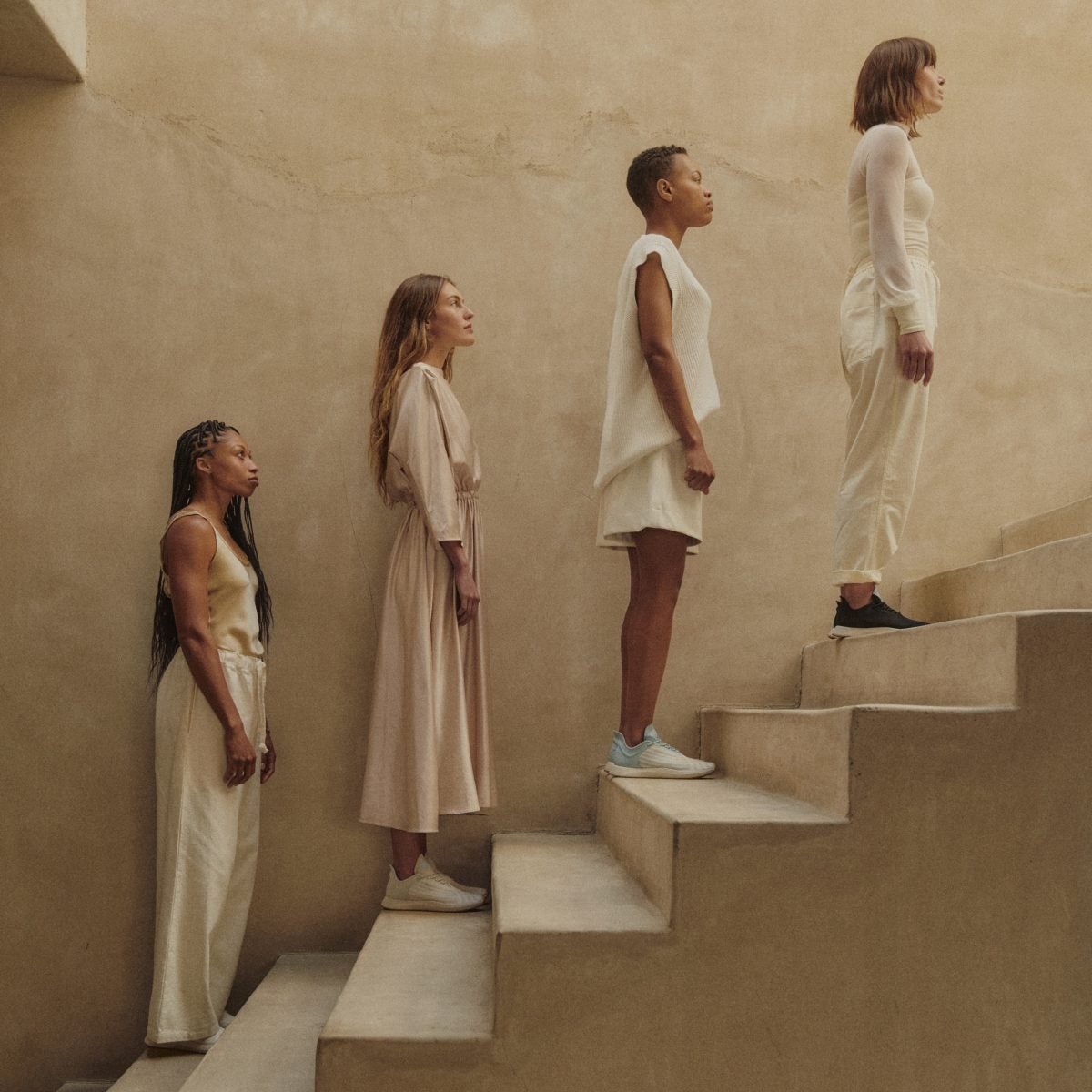 ESSENCE: How have you seen other Black athletes begin to prioritize their mental wellness?

Felix: I was super proud of Naomi Osaka. I was disappointed with the situation that she was put in, but I’m really proud of her for standing up for herself and bringing this conversation to the forefront. I think we’re talking about it a lot more and really reexamining some of these systems that have been in place for so long, and seeing if we are doing things the best way.

ESSENCE: How does it feel to see so many young Black women take over this year of the Olympics?

Felix: I’m loving it. It has been incredible to see so many young Black women shine across all sports and sports that we’ve been underrepresented in like swimming. Seeing Simone Manuel, obviously Simone Biles, all of the numerous track stars who are shining. It’s been really, really special. It’s cool to see everyone being supportive.

ESSENCE: What are your hopes for the future of Black women in sports, and how will you be using your platform to uplift those voices of Black female athletes?

Felix: I hope that young girls see that they can do any sport that they want to, and that they have amazing role models in these sports. I hope to continue to be involved in my own community, bring awareness, get involved with working with young kids, and expose them to some of these sports that aren’t traditional. Sports that can give them rides to college. Sports can teach so many lessons, and I really hope there’s no limits for kids growing up in the Black community.

Tags: Allyson, Felix, He, her, Mental, on
You may also like
Celebrities News